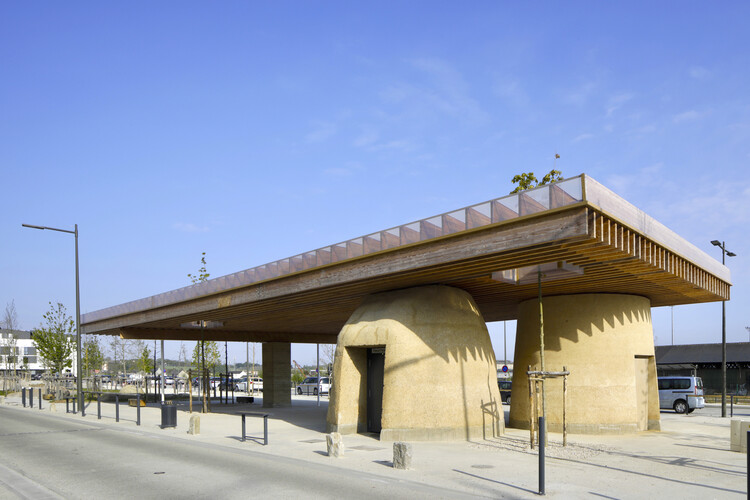 Program. The building takes part of the 2Ha public spaces in the Dinan train station area. It is a 10x30m covered hall, composed of a wooden mesh, which protects from the sun, earthen volumes, and an ETFE film which protects from rain. Four planted trees cross the structure. The project refers to the half-timbered houses and earthen constructions of Dinan. The framework plays with modernist architecture characteristics: regularity, weave, legibility of the skeleton, lightness, and with irregular spacers, an oversized transverse wooden beam, masses of earthen forms… The architecture extends the emotions of the “close to close” of houses to half-timbered, with uncertain and assured balance.

Environmental approach. The covered hall is part of the eco-construction and sustainable development approach. It is a layer of wooden beams (installed 4m from the ground) set on earthen volumes. All of the wood components were prefabricated in the factory, then transported and assembled directly on site. The plant species are local and able to adapt to climate changes. Bringing rainwater into the plants' spaces contributes to the renaturation, refreshing, economy of infrastructure ... The soils are clear in order to reduce albedo. The project is a responsible ecological construction built with local resources and actors.

Constructive principles. The wooden structure is composed of a layer of crossed beams placed on trestles, and a transverse beam taken up by an eccentric post and tie rods. The earthen forms are non-load-bearing. The beams are in Douglas glued-laminated (65 x 480 mm.) They are 30m and 10m long. They are assembled by discreet bolted plates which participate in the bracing. Spacers with different heights, complete the absorption of wind loads. The tension of the ETFE cover film is taken up by the beams and spacers. The frame was assembled on-site and lifted by a crane. 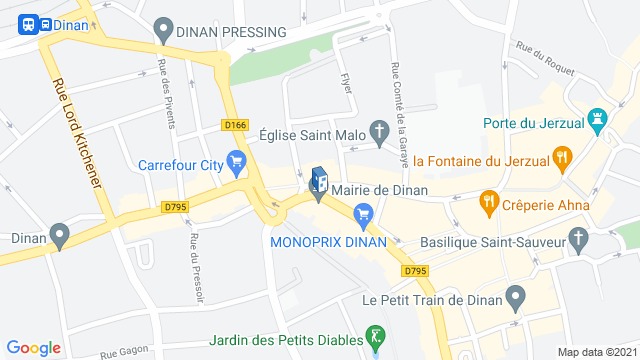 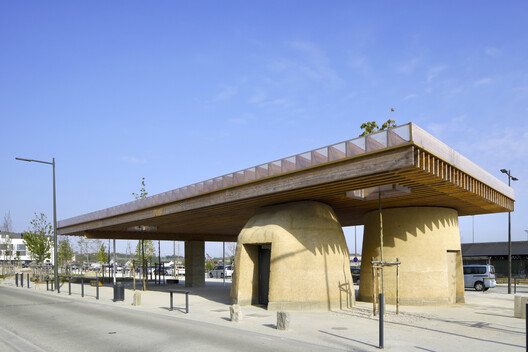