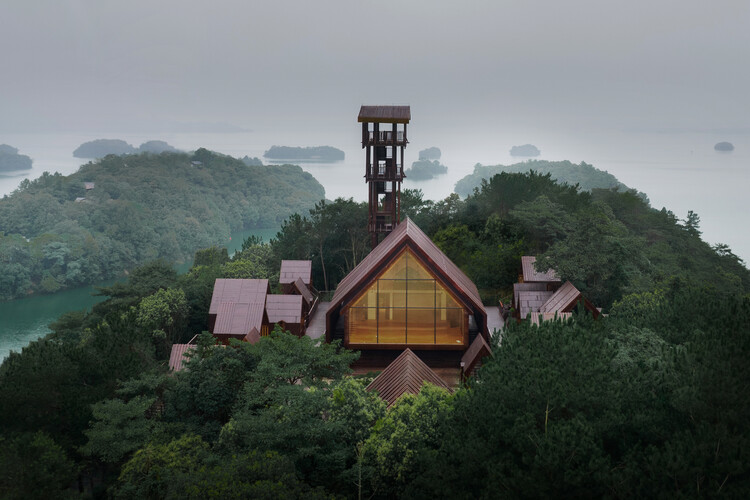 Text description provided by the architects. The Wooden Cabin Town is located on an island in the West Sea of Lushan, southwest of Jiujiang, Jiangxi. It was designed by Shanghai Parallect Architecture Studio. The predecessor of this water area is Xiu River, one of the five major rivers in Jiangxi. From the 1950s to the 1970s, the Xihai Barrage, known as Asia's largest dam, was built here, and it formed a unique island in the lake area: like clusters of jungle floating above the water. And what we hope to present is a cluster of small wooden cabins floating above the jungle. The design includes a 24-meter-high observation tower, a multi-functional hall, and 19 prefabricated forest wooden cabins.

The fusion gesture between the building and the lush natural cork oak forest on the island is the starting point of the project. Therefore, as the core part of the space upgrade project of the island, the new building is constructed entirely on the basis of the demolition of the old building. The integrated design makes it easier for the wooden cabin to be transported to the island for assembly. The wooden cabin is elevated by an independent foundation, and the ground is repaired and restored. The waste from the demolition of old buildings is also buried in situ as much as possible to become the foundation of the multi-functional hall.

The design of master plan owes much to the site and nature rather than the architect: the surrounding trees determine the boundaries of the building. The rules of core space and edge expansion are made: the axis of new buildings is set in the core area of the original architecture, and buildings are filled in the blank area among trees. Compared with the rigid rules and rigor, we hope to introduce more bottom-up adaptability and spontaneity in this project which chases the wild fun of the jungle.

Thanks to such natural endowments and design strategies, the final proposal is breathing: 3 types of cabin modules are embedded in the site, and the platform presents a rhythm of different heights to adapt to the terrain. The orientation and openings of the wooden cabins are carefully arranged to make them a viewing frame for each other. The main material of the cabin is Hongxue pine wood with insect-proof and anti-corrosion treatment, which still exposes the original wooden texture. We don't even want this place to look like a clean and tidy new building, but rather an intimate dialogue between materials and the environment that has been going on for several years.

What is more special is that at the beginning of the design, the program to introduce has not yet been determined. Therefore, while the space itself constitutes a landscape system, the owner also put forward requirements for the ductility and adaptability of future functions. We have conceived and listed some programs that may be implanted here, which also serve as part of the basis for the design of the wooden cabin. Based on the multiple possibilities in the future, the three types of wooden cabins evolved show different structures, scales, and openness. The "hollow" design also reserves space and structural foundations for later development.

The multifunctional hall on the central axis of the "town" is an enlarged version of the small wooden cabin, like an "instruction" for the future functions of the three types of wooden cabin modules, and it is also the only space in the "town" that introduces indoor functions. The top of the ceiling is covered with shingles.

The interior space passes through the glass, the central landscaped courtyard, and public steps form an opposite view to the entrance platform on the south side. The landscaped courtyard satisfies the demand for evacuation and also built a multi-level indoor and outdoor connection with multifunctional halls, public steps, corridors, and observation towers when the event was held.

The steel structure observation tower is the highest point of the entire island, visitors can have a good view of the whole lake area when standing on the top. The façade of anticorrosive wood grille designed to reduce wind resistance presents various permeability from different viewing angles: when people look from the boats on the lake, the towers erected in the jungle are looming. At sunrise and sunset, sunlight seeps from the gaps in the grille.

The special vision of the project makes us full of curiosity about his tomorrow. We also envisioned countless implantable functions and events for him: camping sites, homestays, drone obstacle races, hot air balloons, nature classrooms, yoga, Outdoor activities..., the space itself carries infinite possibilities. Or no one cares, with the barbaric growth of plants, they are gradually being swallowed up by the green, returning to a secret realm. 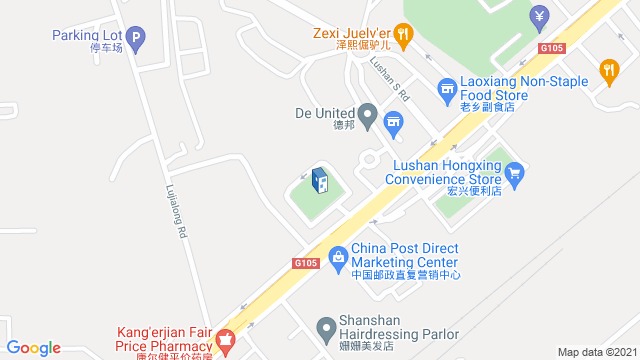 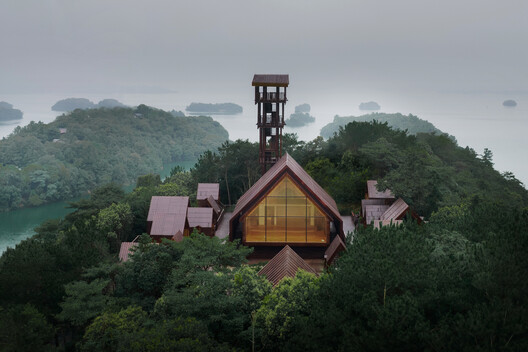