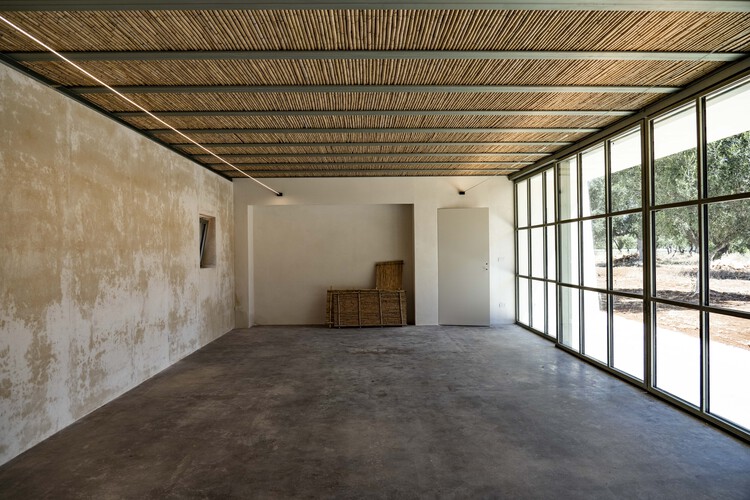 Text description provided by the architects. The creative workspace, Lamia Santolina, is a living building made of hemp and lime. Situated in the countryside around Carovigno (BR), Apulia, southern Italy and commissioned by the artist Cosimo Terlizzi and his partner Damien Modolo takes on the lamia typology, traditionally found in the Valle d'Itria and Alto Salento with a contemporary twist. It reflects the owners' love of the Apulian countryside and their desire to leave a respectful print on the land by creating a modern art studio in harmony with local nature and culture.

Aesthetically speaking, the structure is traditional, but from a construction point of view, it is pioneering in using natural and recyclable materials to address contemporary environmental concerns.

The building has a simple shape, just like a traditional lamia; the rectangular base shrinks as it rises to form perimeter walls with trapezoidal sections and rounded corners, just like the handmade constructions created by farmers in the past. There are two small square window openings on the West side. To the East, the building opens up completely, with a large sliding door and window section intended to collect as much natural light as possible and take advantage of the views of the surrounding olive grove. Thanks to an overhanging roof section, the sizeable Eastern opening is positioned so that the sun's rays don't enter directly inside the studio, taking advantage of natural light while avoiding overheating in the hot Apulian summers. One intention was to maintain a constant temperature inside the building to store art, supplies and agricultural produce.

The construction technology and materials utilized in the project are also traditional yet modern; the perimeter walls and roof slab are both made by Messapia Style, an ethical construction company and pioneer of hemp and lime construction in Italy. The material consists of a mix of hemp hurds, water, pure hydrated lime and a natural excipient to help the drying process. It is gaining popularity throughout Europe because the non-toxic hemp and lime mixture, characterized by high thermal sealing capacity (thermal conductivity: 0.056 W/ mK), naturally controls internal moisture, provides maximum breathability and even absorbs CO2 from the environment. The material met our specification to create a 'living' structure that performs excellently in all aspects of functionality.

The light modular iron structure, produced by Scaff System, was adapted to accommodate the ancient "incannucciato" cane roof technique. First, local artisans assembled the locally grown canes to create cane mats that rest upon the steel structure's joists. Then a 25cm thick hemp and lime mixture layer is then laid on top, providing maximum thermal insulation for the roof.

A photovoltaic system will be placed on the roof, generating around 4.5kWp of electricity also serves the nearby house on the same plot. The roof also forms part of the rainwater recovery system, directing rainwater to an underground tank to be stored for irrigation. The soil removed during the excavation phase was reused to provide a new layer of soil to the existing olive trees. The underground rock was reused to reinforce the perimeter dry stone walls that release humidity accumulated during the night back into the ground encourage cyclicity and minimize impact. 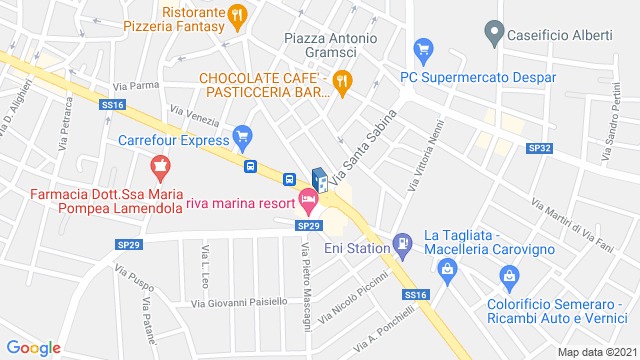