At Architects, not Architecture, we believe it’s safe to say that almost everyone who has studied architecture in the last 50 years has come across The Salk Institute designed by architect Louis Kahn. While it does not always reflect in their works, our speakers have shared their little stories on how this modernist gem built in1963 played a role in their life. And since we just started our second Virtual World Tour on October 13th, 2021 we thought we’d share a few stories from last events.

"(...) All the beautiful, most iconic buildings in the world are also conceived by brilliant clients”, said Dutch architect Nanne de Ru (powerhouse company, Rotterdam) in his talk at our digital Netherlands Edition at the beginning of 2021. As an example, he referenced Louis Kahn’s collaboration with the American virologist Jonas Salk who had commissioned the research facility at La Jolla, United States, known as the Salk Institute in 1959. De Ru, believes that it was the client’s and the architect’s mutual understanding to produce great spaces that resulted in this everlasting beauty. Today he is often annoyed at profit-oriented developers and therefore chose to open his own real estate development company in order to ensure a higher quality of architecture.

When we speak of high-quality architecture, we think of all the architects that have spoken at our talks. However, some of you might think of someone very specific, such as Ma Yansong from MAD architects (Beijing). With his parametric approach to architecture not everyone would expect him to be influenced by the geometric rigidity of modernism. Yet, he told us that Louis Kahn was one of the three architects that he liked most. When he visited the Salk Institute, it was the middle of the night. He had to climb the fence in order to explore the campus, and shot a picture that is quite the contrast to what we're used to seeing. The usual one-point perspective, which focuses on the picturesque, often blue, sky and ocean view flanked by the concrete laboratory buildings, ends in a “black hole” flanked by Kahn’s volumes washed in yellow light. For Ma Yansong, this picture embodies the architect’s potential to create powerful spaces.

Such spaces are able to facilitate more than average encounters between humans. Notably, the Salk Institute has managed to foster research that resulted in multiple noble prize laureates. Astonishingly and in stark contrast, it has also managed to become the backdrop of a wedding. When we heard this story by architect Maria Warner Wong (WoW architects, Singapore) we could not help but smile. She had met her husband and partner Chiu Man on an excursion to this building in their college years at the University of Southern California. After five years of further studies and intense travel around Southeast Asia, they decided to get married at their favorite building. Today both practice and teach architecture successfully in Singapore and the Asian region.

Architecture connects beyond time, space and itself. In our talk series we listen to contemporary architects and their life stories, because we believe that there is more to architecture than just the finished product. If you would like to hear these stories first hand, join us on our second Virtual World Tour starting from October 13. 2021 in Hong Kong. Further locations will be Brazil, USA, Turkey and Japan where we will have Pritzker Prize Laureate Toyo Ito as our highlight of this season! 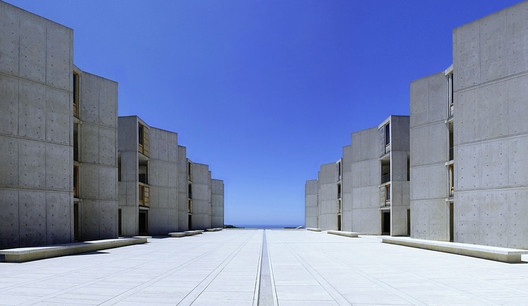