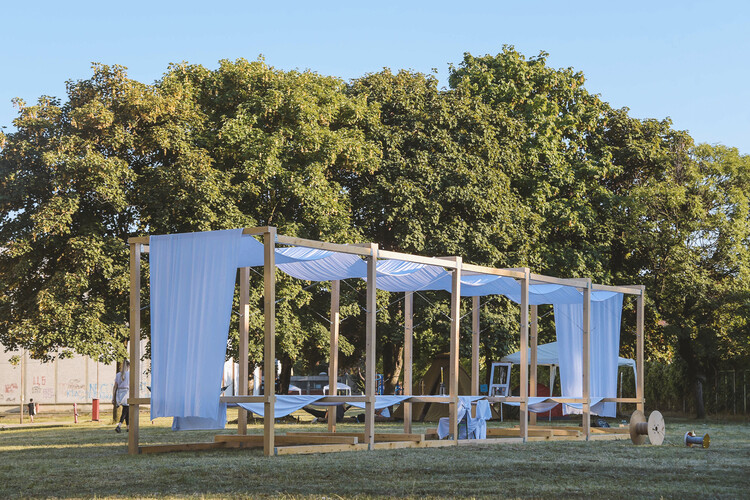 Text description provided by the architects. Shatra is a self-built wooden mobile pavilion built with a group of international architecture students during the EASA 2021 Reality workshop held in Kragujevac, Serbia. Rooted in Balkans culture, the structure was envisioned to act as a common ground for multiple scenarios.

Šatra, noun feminine - covered stall at fairs, larger or smaller canvas shelter, like a tent at a fair In the Balkans culture, Shatra is established as the standard for a particular kind of entertainment, characterized by few physical elements: a table, a tent. It is a space that celebrates love and death, where music, food, and drinks are enjoyed, space for love, quarrels, and sermons. The workshop has aimed to translate and adapt these spatial-social relations through the new context of the EASA reality workshop.

Inspired by that, we wanted to examine and demystify an extremely local, primarily cultural phenomenon, which undoubtedly incorporates extraordinary architectural and spatial elements. Do the altered appearance of the physical structure and its completely different social context change its essence and its modus operandi?

From reality to real. The importance of a tent and a table in Balkan culture is stretching far beyond their archetypal meaning. They are not only providers of shade, shelter, and dining, but they as well constitute a polyvalent socio-cultural phenomenon. Furthermore, the tent acts as a spatial determinant of happening, while the table becomes its stage. Thus, this simple spatial arrangement emerges as a generator of events, likewise the Greek agora in Rem Koolhaas's essay "Overcoming Madness".

A tent table is a place for weddings, slavas, baptisms, funerals, celebrations; it generates kisses, exchanges, hugs, tears, meals, and laughs; it's being danced on and it is quite important who sits where. Therefore, this spatial-cultural manifestation could be depicted as an entertainment factory, that is constantly evolving while not being disgusted by the bizarreness. This occurs precisely because of the dynamism and variety of the happenings it induces.

Nowadays, shatra has become a centerpiece of the current Serbian "reality" context, in a rather perverted form, but also with an unaltered modus operandi. Our goal was to find, activate and promote certain spaces as a pinpoint of social interactions during EASA. Other than just to provide shade and a place for leisure, after its completion shatra was used as a place for communal dining, performances, and various other events.

On structure. The shatra consists out of two mutually connected elements: a table and a tent. The tent itself acts as a structural frame for the entire structure, and it is made out of interconnected wooden elements which are carrying a light canvas canopy. In addition, the wooden table is interlocked with the structural frame of the pavilion.

Since there was no possibility of the structure's permanent stay on the workshop's grounds it was in a way that allows simple disassembly and transportation process. Consequently, the structure consists of frames, tables, and horizontal coupling elements connected with removable joins. Moreover, the size of the elements allows shatra to be easily transported to a different location. 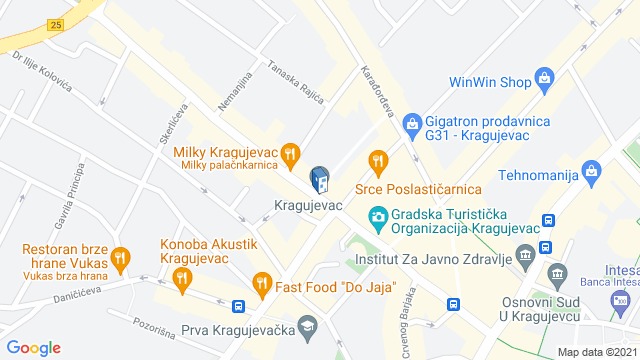