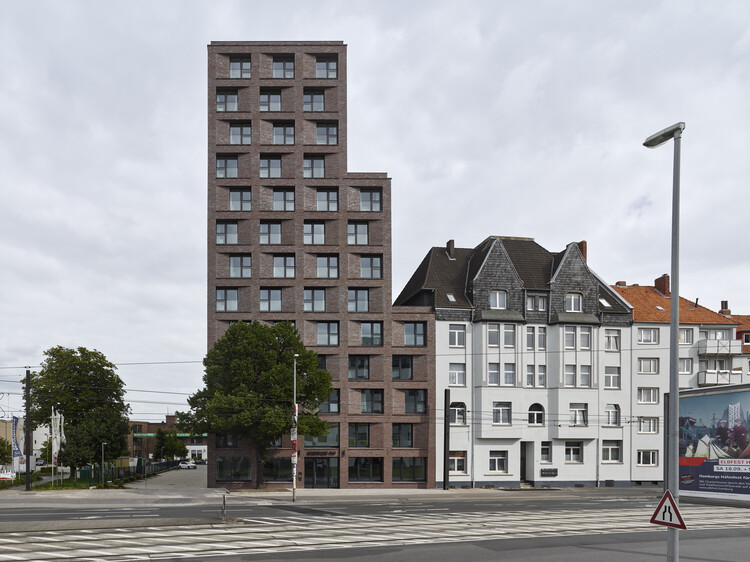 Text description provided by the architects. The building, known as “HAINBASE”, located at Schulenburger Landstraße 114, and containing 241 apartments, augments a currently emerging mixed-use residential district for all age groups and living situations. A staggered urban figure whose tallest point rises to a height of 13 stories, the structure will serve as the north-western prelude to the new district and an architectural trademark at an entry point to the city.

Architecturally, the building defines an urbanistic edge that lies along with the transition between city and periphery. With this project, Max Dudler extends the city of Hannover in a productive way, incorporating the history of the locale to create a timeless piece of architecture that looks toward the future. With its sculptural articulation and distinctive appearance, the ensemble combines high-rise and low-rise features, its thirteen-story tower effectively demarcating the entrance to the city.

Toward the south, the building’s high point drops down in two stages, descending to the height of the neighbouring building. Toward the east, the low-rise, seven-story section is joined to the tower via a subjacent incision, opening at this point onto roof terraces that are accessible from both sides of the building.

With its dark-red brick, the new building alludes to the so-called Marinebau, dating from 1927, with its classical industrial architecture, the sole surviving component of the former Sorst Plant, at the same time invoking Hannover’s typical north-German clinker architecture. Deeply and broadly beveled window reveals, which alternate left to right between stories, generate a uniform, lively rhythm on the sculptural façade.

Beginning in 2001, the Hainholz district in the north of Hannover, with its industrial history, has been realigned within the framework of a federal-state program for urban districts with special developmental requirements. Max Dudler’s new student residence is integral to a group of diverse measures designed to enhance the attractiveness of the neighbourhood for residents in the spirit of a “social city”.

The aim is to restructure the network of public places while upgrading the district through high-quality contemporary architecture. The student residence furthers the revitalization of the former premises of the metalworking firm, situated between Schulenburger Landstraße and Voltmerstraße, and delimits the northwest terminus of this mixed residential district. With 241 single and double apartments, it complements adjacent retirement homes to the south, as well as general residential buildings, enlivening this neighbourhood, situated in the north part of Hannover. Within, the available spatial amenities are rounded out by common-use areas such as event spaces and a roof terrace. 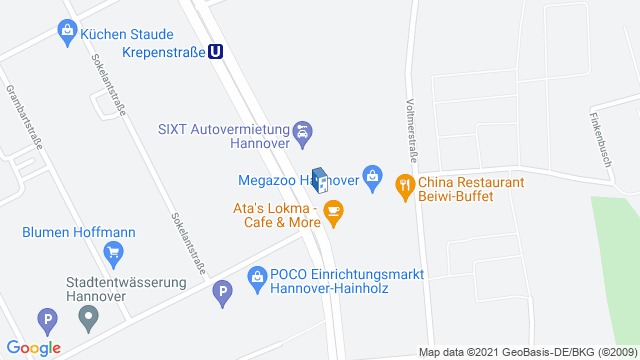