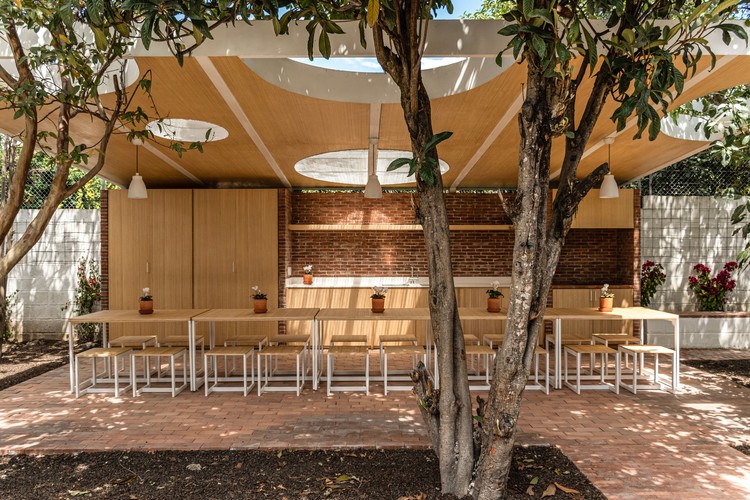 Text description provided by the architects. The Breakroom in the Garden was born when an international environmental consulting company, whose headquarters in the Cumbayá valley in the city of Quito, needed a break space for its workers. The client’s main requirement was the conservation of the existing vegetation in the backyard of the offices, where the project was to be located.

The original program called for storage spaces, a lunch preparation counter, and a barbecue area, as well as a flexible space that could occasionally serve for other uses such as training workshops, corporate events and team building sessions.To meet all of the client's needs without removing the existing trees, at URLO we proposed the construction of a cantilevered sloping roof. Along the main structural axis tangent to the perimeter wall of the property, we located all the necessary storage and work spaces. By doing so, the central space and the perimeter were completely freed, favoring fluidity in space and flexibility of use.

In order to incorporate the trees into the project, we proposed four semicircle openings along the perimeter of the roof, through which the branches of the trees could pass, blurring the boundary between the structure and nature. In the central part of the roof, we introduced two circular skylights of different sizes that allow light to pass through a metal filter that simulates the shadows of tree leaves.

The roof, composed solely of a metal sheet and covered with wooden panels on the underside, rests on a structure of four metal pillars raised on concrete footings. The single line of pillars supports the entire roof through tensors that sew the upper part of the pillars in order to generate greater permeability on the ground. Beams emerge from each pillar which, apart from their structural function, serve to modulate the space. They are complemented by a false beam sandwiched between every two structural beams, which house the electrical installations and support the lamps.

In order to create a simple, functional, and coherent space with the environment, we decided to work with only three materials: brick, wood and white. The brick allows us the construction of vertical and horizontal parameters through the use of a single piece. Its reddish color also creates a good combination with the brown of the earth. Wood brings warmth to furniture finishes. We used a single format of chipboard with an elm finish for the drop ceiling, for the furniture that houses the entire fixed program attached to the wall, and for the tables and stools. We used white paint for the structural metal, and a white counter top to highlight the previous materials and generate a spatial pattern that helps the user to have a simpler perception of the space. 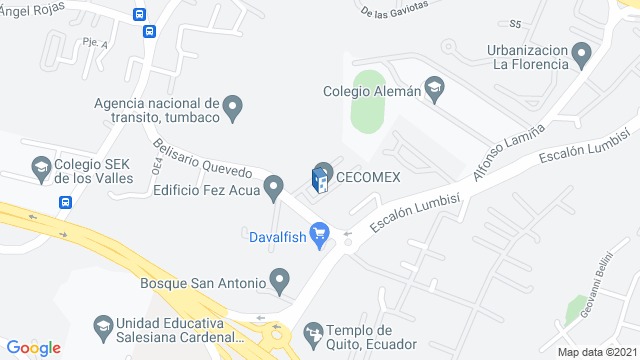 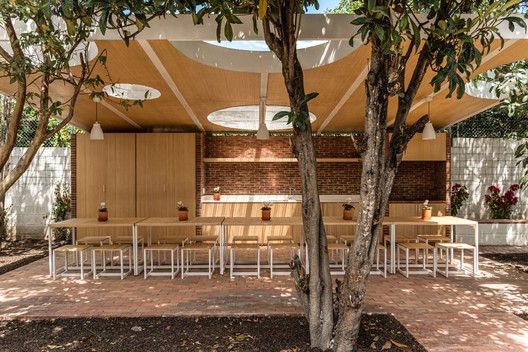