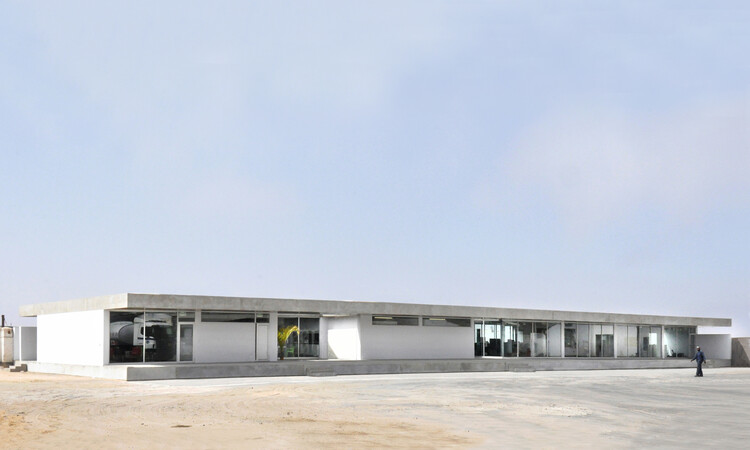 Text description provided by the architects. The project for an Industrial Operations Building arose from the client's need to implement a series of services to manage various fuel terminals in different African countries. A prototype building is therefore proposed to be adapted, as a system, based on the specific needs and conditions of each terminal. Thus, specific projects were developed in Tanzania, and Namibia, of which only the NM Operations Building was built. The project arises from the typical operation of these plants, which have two differentiated types of users with their programs. Thus, on the one hand, a program is defined with work areas for the terminal's own internal personnel, and on the other hand, for external personnel, such as the tanker transporters.

Therefore, a two-sided building is conceived: one accessible only for external personnel and the other only for internal personnel, including offices, laboratories, canteen, etc. Both areas are intertwined creating gaps and courtyards that separate and illuminate both sides. The programmatic units are organized in line, transversally, so that the connection between the different units takes place through an exterior corridor covered by a cantilever that the structure itself generates along the two longitudinal façades. The outdoor circulation and living areas are thus, protected from the sun and rain. Due to the subsoil conditions of the Walvis Bay terminal, the foundation rests directly on the existing ground creating a raised platform that separates the outdoor corridors from the surrounding truck traffic.

At Walvis Bay, construction planning was barely possible. At each site visit, it was necessary to re-specify the materials to be used, as well as certain construction solutions depending on what was available at the time from warehouses in the region that could only be reached by traveling across the Namib Desert. 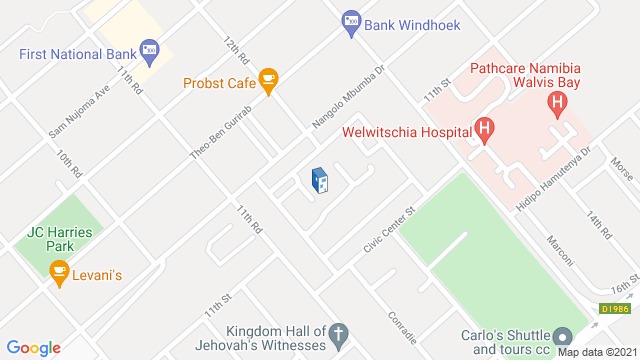