Save
House In Viana do Castelo / Miguel Ferreira dos Santos 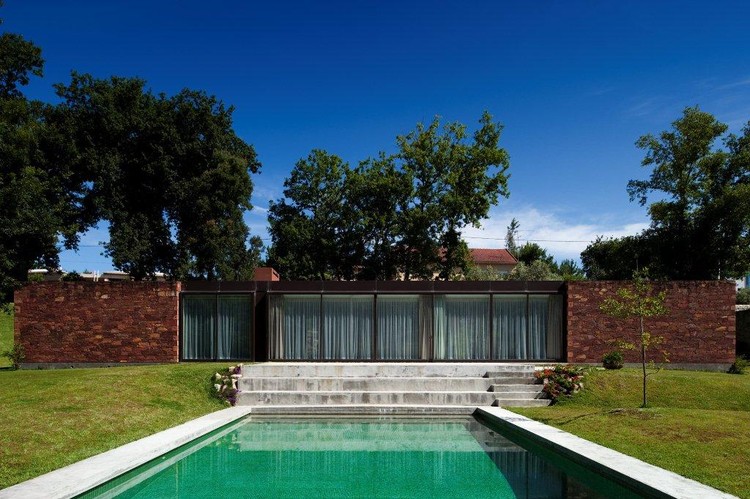 Text description provided by the architects. The plot is accessed through a raised ramp which was built in order to preserve the existing walls that enclose the site on the north-facing side. The structure consists of a nearly transparent volume combined with red slate walls that define the relationship between interior and exterior spaces.

The house follows a symmetrical plan designed to take advantage of the surrounding natural elements, featuring a simple layout with four bedrooms, and an open-plan living area, kitchen and dining area. The private areas on the west side are designated for regular use, while those on the east side are more versatile. Either area is characterized by its relation to the common areas. The bedrooms on the east end share an independent bathroom situated between them; on the west end, each bedroom has an en suite bathroom. The guest bathroom is also located at this end.

The kitchen comprises two distinct areas; one side for cooking situated closer to the dining area, and the other for support and storage which faces the living area. The south-facing living area soaks in the panoramic views of the natural scenery through the floor-to-ceiling glass doors that open out onto the garden, which is characterized by natural landscaping and minimal intervention. 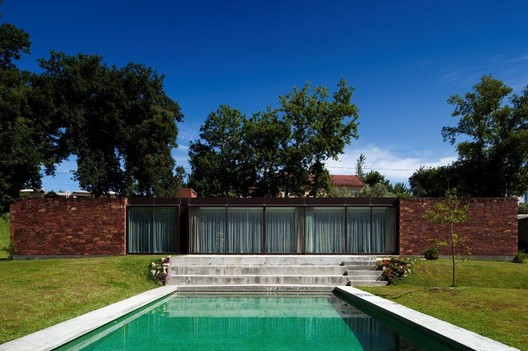