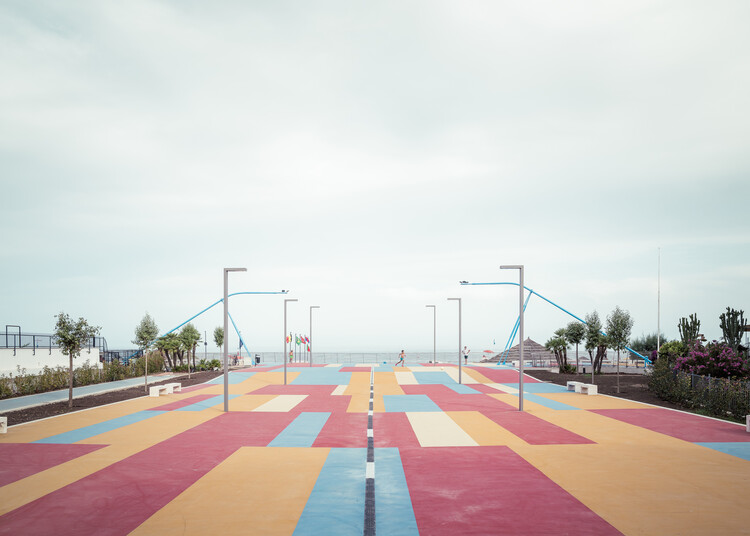 Text description provided by the architects. The area is located to the west of the city and forms the cover of the final stretch of the Coreallo river, near the beach and directly overlooking the beach. The position is central compared to the historic center and the portion of the territory that develops towards the border with the Municipality of Noli, more peripheral and with large free areas still to be resolved urban planning.

In detail, the surface was divided into two portions defined by a difference in height connected by a small ramp and paved in part with porphyry slabs ad “opus incertum” and in part with clinker tiles, designed in different colors; laterally, on the right and left, two flower beds with various species of vegetation and trees.

The square, now deteriorated, was visually unkempt and with significant structural and engineering problems. An important structural intervention made it necessary to replace the reinforced concrete floor and all the water and electrical systems. The consolidation operation coincided with an important element of the project: the connection of the different elevations extended to the entire width of the square, which generated a movement of the surface of considerable effect.

The two characteristic blue streetlights existing towards the sea have been preserved in combination with new luminaires, necessary to reach the optimal lighting levels. The seats in travertine were made to design, while the protective railings in stainless steel were already present. The two lateral green areas and the two circular flower beds present were planted with various essences and trees were planted to shade the seats.

The design of the floor made up of large colored pixels is the result of a search for the types of ceramic tile flooring that in the 60s and 70s were widely used on the rivieras and beyond. The composition is inspired by some of these, transformed into a new and original abstract design, and the bright colors refer directly to the local landscape references. 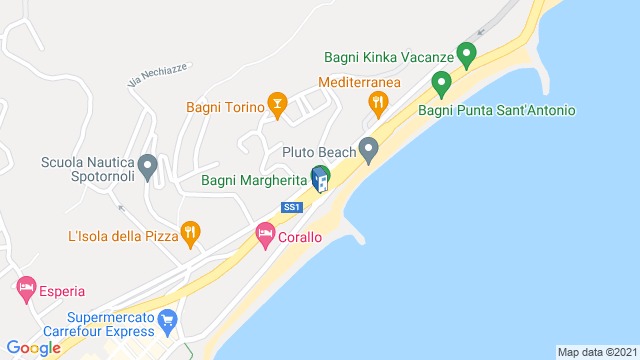