KCAP revealed an updated design for the Sewoon Grounds project in Seoul, a redevelopment plan to transform the district into a sustainable mixed-use area. The winning design of an international competition in 2017, intended to regenerate the 'Sewoon District 4' area of the city, the project aims to enhance the urban fabric while also integrating the existing built heritage and urban industry. KCAP's proposal generates a multi-layered scheme that builds on the successive layers of architecture and culture accumulated in time. 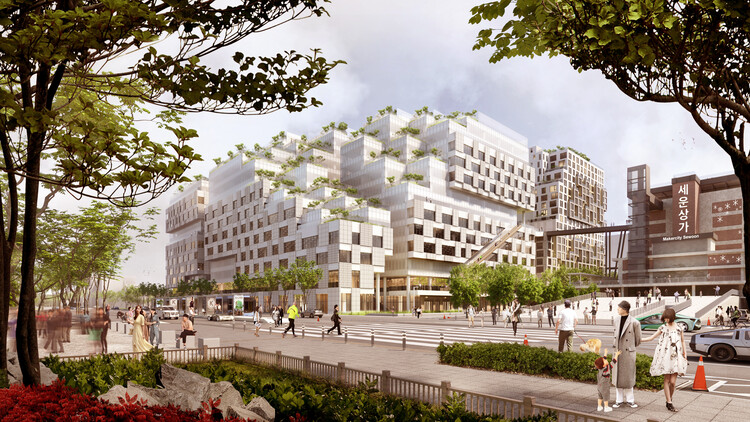 Blending cultural heritage and future urban aspirations, the proposal's massing creates a dialogue with the surrounding context and the site's existing structures. The latter are preserved and included in the redevelopment plan, as is the case of the neighbouring mixed-use complex 'Sewoon Sangga (Arcade)', "a testimonial of modern Korean architecture" designed by architect Kim Swoo-Geun, in the late 60s.

The project is designed around ideas of flexibility and modulation, ensuring the future adaptability of the scheme. As such, the design recreates the "Seoul grid" visible in the existing street network. Comprising offices, retail, housing and urban industry, the project fosters an industrial eco-system while also supporting anchor activities. The building features connections to the existing Sewoon Arcade, and a publicly accessible roof will ensure views towards the Jongmyo UNESCO heritage site.

Hyeri Park, an associate partner at KCAP, expressed that the proposal evolved from "a demolition-based redevelopment into regeneration and urban transformation with the least social risk". The balance between the existing and the new urban agglomeration is also apparent in the exhibition level showcasing the archaeological relics of the site. 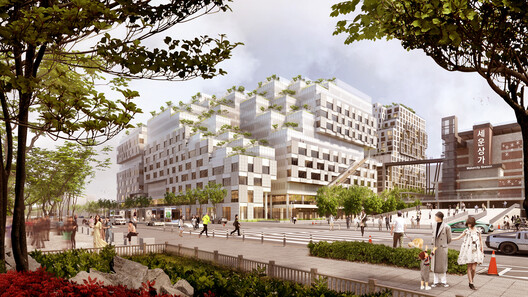