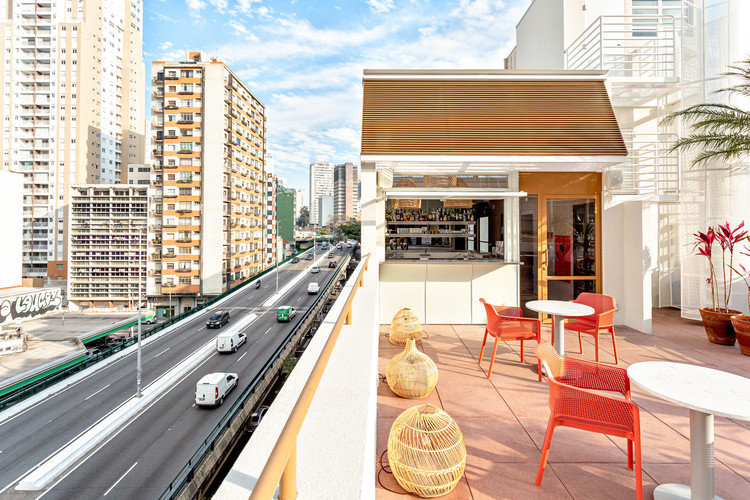 Text description provided by the architects. Project for a new rooftop in an existing building on the edge of the elevated road, called Minhocão by their citizens, potential elevated linear park in the center of São Paulo.

Cora Restaurant, therefore, has this happiness: the proposition of a new use for the rooftops on the immediate edges of Minhocão, dialoguing with this possibility of a centrality of leisure for São Paulo.

The elevator arrives at the restaurant's lobby, a large window overlooking some of the city's iconic buildings, and a waiting desk carved out of the restaurant's operating areas. On one side, the visuals for the kitchen and on the other the bar, with a frank dialogue with the terrace.

The production areas organize a central strip of the restaurant that delimit the flows to two main rooms, treated as balconies overlooking the city. A lounge with a retractable roof on the south face, and the terrace on the north face with outdoor seating and clear views to Minhocão and the downtown.

Considering the structure of the existing building, it was decided to use light structures and with the loads largely routed to the perimeter facade of the building. A metallic structure formed the main body of the new building, marked by the succession of sheds on the roof. In the external and internal closures, wire-frame type systems were adopted with varied coatings in cement panels and metallic plating.

The new building designs, therefore, this new crowning of the existing building, announcing this new use to the city, these new layers of occupation of São Paulo buildings. 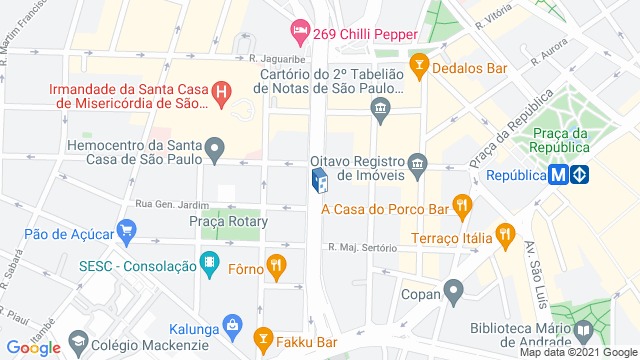 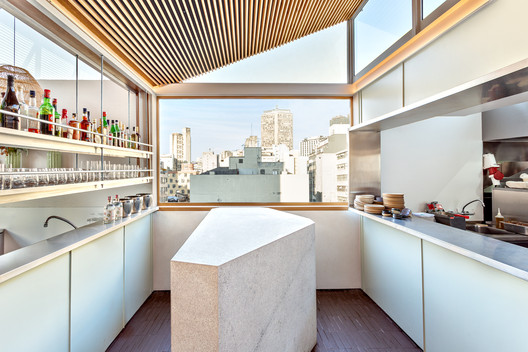