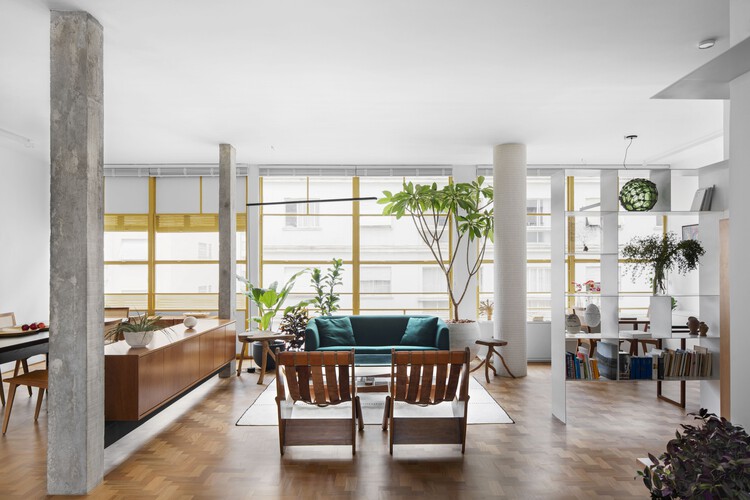 Text description provided by the architects. A 140m2 apartment located in the Louveira Building, from 1946, designed by Vilanova Artigas and Carlos Cascaldi, underwent a radical renovation project.  The entire process was carefully dealt with in order to respect and dialogue with the original aesthetics and design of the building. The group in charge of the project intended to make those who entered the apartment feel as if they were at the original Louveira.

A new 2.20m high concrete wall separates the kitchen from the living room. The twist on this wall is a horizontal slit on the center part that allows a beautiful view of the Pacaembu valley for those in the living room.

The window frames were painted in an ocher color, the same tone used on the building's own facade, while the kitchen floor is covered in a green matte porcelain tile, an equivalent material to Louveira's external area's flooring own tiles.

The office, which merged into the living room, is marked by the white iron plate shelf, which unfolds at a height of 2.20 m as if it were an origami until it reaches the wall of the TV room, where 7 metal shelves house the collection of 2000 Resident's CDS.

In the toilet, the use of hydraulic tiles with a pattern drawn by Artigas himself is a reference to the flooring layout study for another one of his projects, the Triângulo house.

The couple's bathroom, which uses hydraulic tiles with a different patterning, includes a reading area, an indoor garden in a planter, and a small dry sauna room.

The closet, located between the bedroom and the bathrooms, separates these two areas using only cupboards, without the need for masonry.

A large bench establishes a horizontal composition in the living room, in contrast to the 3-meter-high ceiling.

The flooring of the rest of the residence benefits from the use of perobinha taco, a type of small wooden tiles, which, although new, has the same layout and size as the original.

The kitchen and laundry areas' doors' were made out of glass and iron, while the frames follow the same design used on the facades. 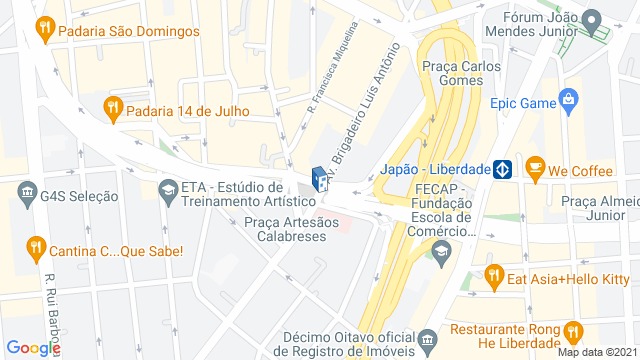 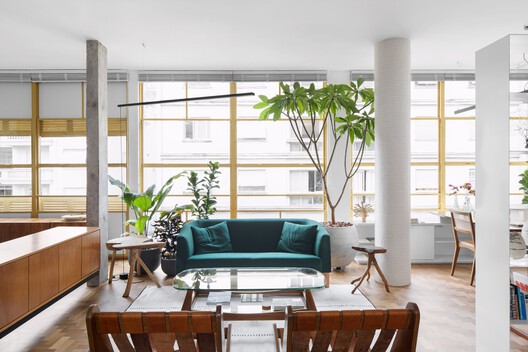 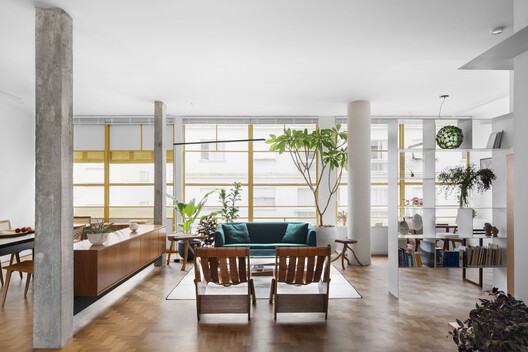