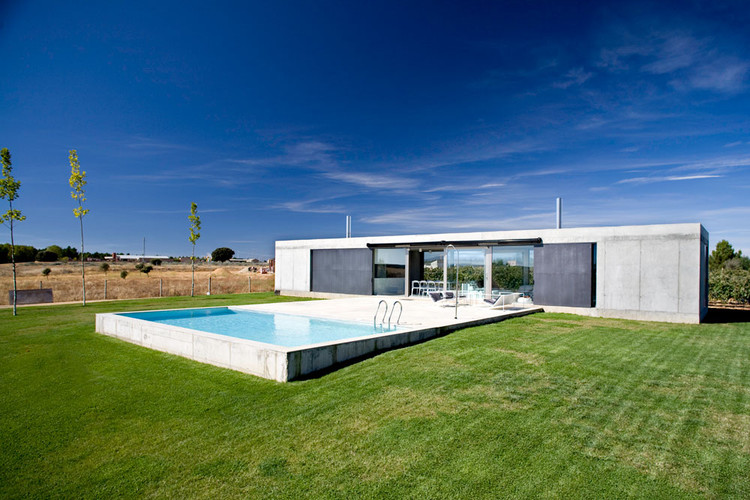 Text description provided by the architects. Relationship with the surrounding

The plot is shaped like the trunk of a long pyramid in plan, it is almost flat and it measures 2 ha. It is divided in two parts, one, on the north side, covered by a vineyard, and the other, on the lower south side, where there are both deciduous (chestnuts, walnuts) and evergreen trees (pines and Holm oaks).

The dwelling is placed in the centre of the plot, dividing it in two like a diaphragm. It is a pure concrete box opened in the middle, where the living is placed, by two large French doors (9 x 2,5 m) in both North and South faces which allow a complete transparency that visually connects the vineyard with the trees.

Two interior elements, bathrooms, installations and kitchen, divide the house in a living room at the centre and two bedrooms, one on each end.

The openings in the concrete volume form two visual axis shaped like a cross, one transversal across the living and another longitudinal that links the bedrooms.

At the same time, the pool area, intersected with the volume of the house, enhances the continuity between the inside and the outside. 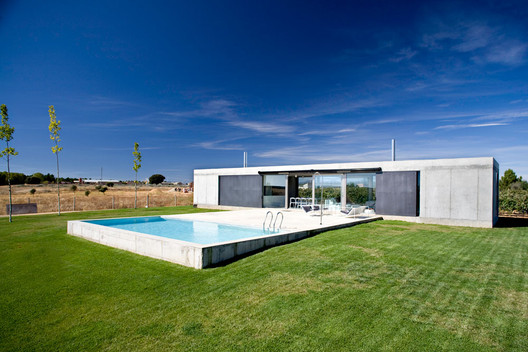