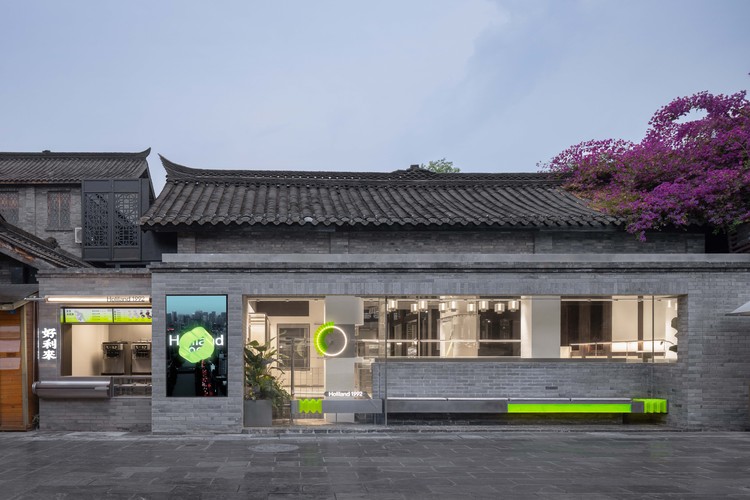 Text description provided by the architects. Kuanzhai Alley, known for its historical architecture form for being the last relic of ancient Chengdu, it has been the epitome associated with the continuation of history and also a rare example of northern Hutong culture applied in the south. From the residence for the military in Qing Dynasty to the modern culture-infused business district, Kuanzhai alley has always been an embodiment that embraces contemporary trends and fosters a view towards the future.

Set in Kuanzhai Alley, Holiland 1992 Concept Store is conceived to pay tribute to the tradition with contemporary design methods and retrospect the development of the brand in the past decade since its establishment. In finalizing the concept, Some Thoughts believes that by derivate from a certain kind of style-driven design, whereas pursues a relationship between “forms” and “material origins” beyond times that our reflections towards traditions in a historical space could come into being.

By further articulating the relationship between commodities and materials, we discover the fact that bakeries obviously differentiate glass bricks, tiles in terms of their using and specifications in the space. However, tracing back to the manufacturing process of these items, a common feature is that a fragile yet tangible solidity has been generated when the liquid is cooled at a high temperature.

Confronting the universality endowed in the elevation of the convention to modernity, Some Thoughts expect to empower the interior with a completely new order and be re-understood and approached by the public. The glass tiles act as the filter to introduce the light, which plays and compliments the roughness of materials in the entire space. A sense of ever-changing juxtaposition has been presented to the visitors as time goes on through the refract and diffuse of lights in space.

The designer attempts to re-optimize the visual points that often enshrine in the historical buildings by punctuating the interplay between installation and architecture. Hence, the visual impact has been extended and the blunt visual symbols are therefore blurred during one’s journey in the store. Visitors are guided with an immersive exploration into tradition and contemporary in the carefully choreographed space, where the interior design represents a certain emotional context and introduces a perceptible space to the public. 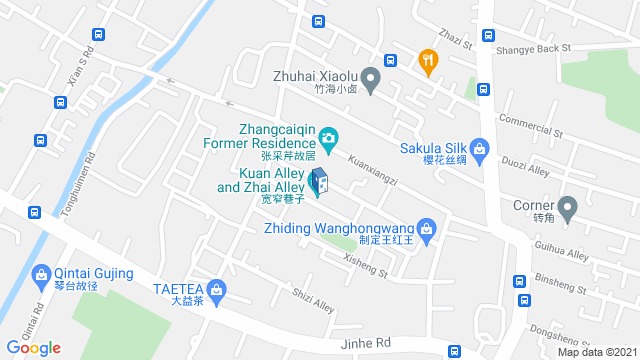 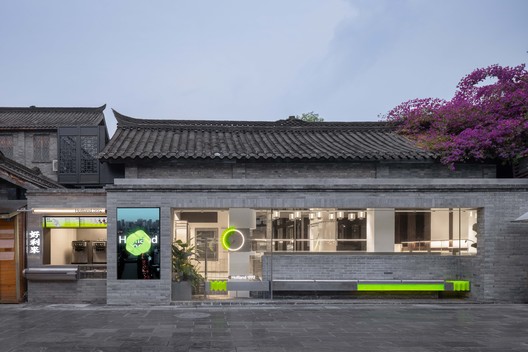