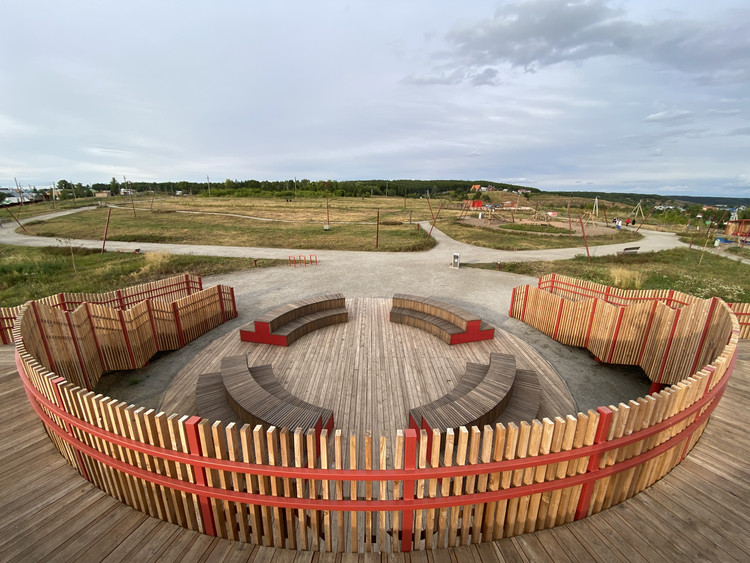 Text description provided by the architects. Sokolskaya Gora hill is located right in the center of the historic city, but before the implementation of the project, it was not connected in any way with other central city spaces and began to be gradually built up.  The hill is located next to the main square of the city and borders on a specially protected natural forestry area.

The potential of the natural landscape of Bugulma lies in the fact that almost in the very center of the city there are various landscapes — a forest, a field, a mountain, a winding river, a city garden, a reservoir framed by picturesque willows.

The task of the project was to combine ecological corridors and buffer zones formed by natural landscapes into a single recreational zone with various anthropological pressures, as well as to create alternative natural public spaces that are in a convenient pedestrian connection with each other.

Sokolskaya Gora distinguishes Bugulma from other settlements of Tatarstan, large hills in cities are unusual here. This makes the city unique. Sokolskaya Gora, despite its low height (16 meters), is the dominant feature for urban development, so it can be used as a good observation platform, the view from which is not blocked by high-rise buildings.

The mountain in the city center already worked as a public space. In the project, we tried to subtly complement the unique natural environment and reveal its possibilities. Now in Bugulma, an aerial embankment has been created, along which you can climb to admire the best views of the city and sunsets.

As part of the project, an observation tower has been created, which can be climbed for the best views of the city and sunsets. A previously non-existent connected walking route and a staircase from the central square to Sokolskaya Hill appeared. Now the landscape park is a 5-minute walk from the central square, and picnics can be held legally.

The main objective of the project was to create walking and sports routes, modernise sports infrastructure and create new landscape facilities for recreation and interaction with nature. New functions and zones have been integrated into the existing paths and the natural environment. Greenery and landscaping serve as the main spatial forming elements of the park. 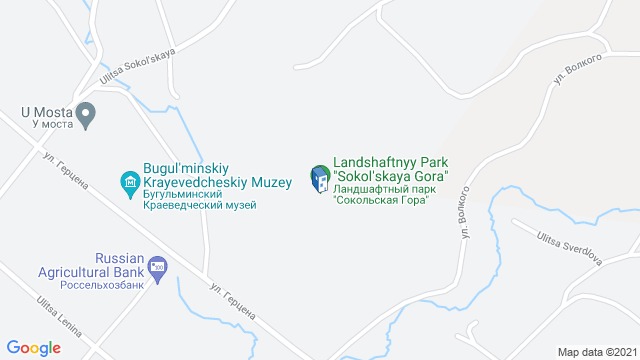 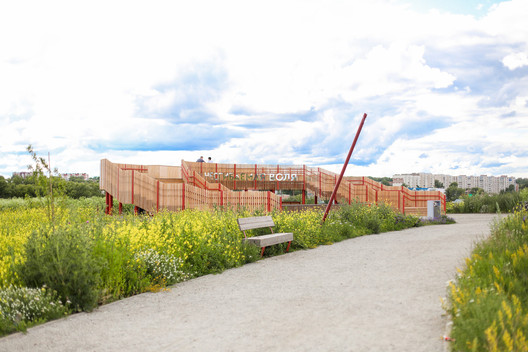