Construction is underway for Gehry Partners' Second Century Project, which will house the new headquarters of Warner Bros. After breaking ground in early 2020, the project now has its structural framework in place, and the façade is currently taking shape. Set for completion in 2023, in time for the production company's centennial, the design features a series of mid-rise, slanted office towers grouped within two distinct structures resembling "icebergs floating along the freeway". 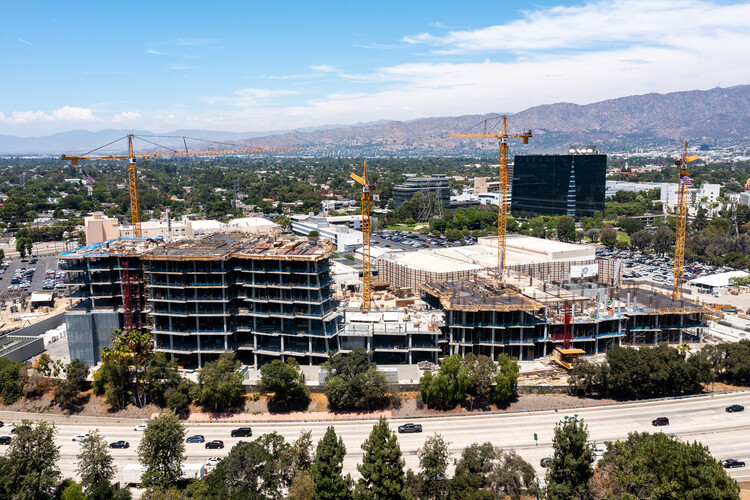 The project described by Frank Gehry as an attempt to "recapture that feeling of old Hollywood splendor" is part of Warner Bros.' major expansion plan that includes the acquisition of Burbank Studios. Comprising two buildings seven and nine-story high, the design features 800,000-square-feet of office space and additional set functions.

Seen from the highway, the project showcases a sculptural glass façade that unifies the two structures, creating a single identity. Towards the interior of the plot, the terraced volumes establish a dialogue with the scale of the surrounding studio buildings while also providing outdoor spaces for the employees. The punched metal facades facing Burbank Studios break the volumes into various tower-like structures.

The project is currently on track for its opening in 2023 on the 100th anniversary of Warner Bros., from where the new building takes its name. Once completed, the design will be an architectural mark of the film industry's presence in the city of Los Angeles. 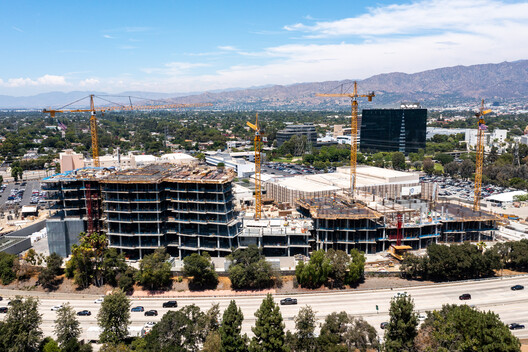