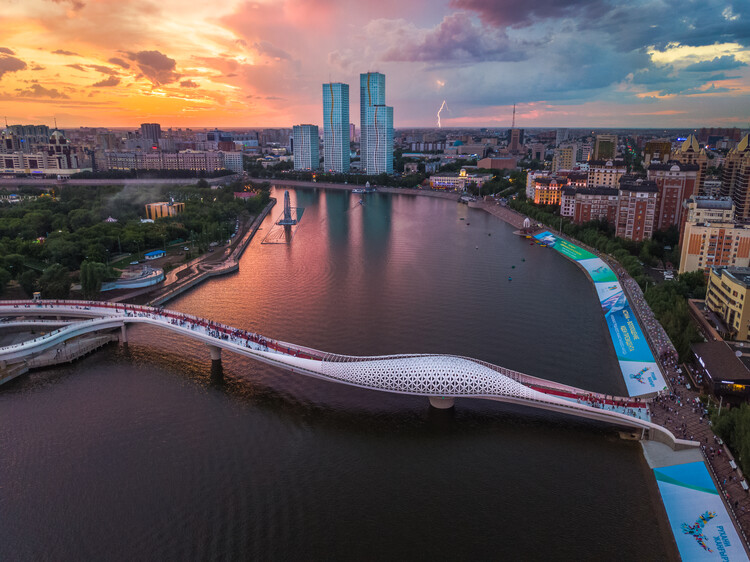 Text description provided by the architects. 314 meters long and 10.5 m wide Atyrau Bridge is one of the latest pieces of iconic architecture in contemporary Nur-Sultan. Designed by local young architects it’s become the most picturesque sightseeing in a historical part of the city.

One of the features is the sturgeon bronze sculpture installed in the middle of the bridge as a keeper of the place, where tourists love to rub the statue’s nose what became a tradition that gives you good luck. The bridge was the gift of the Atyrau Region to the capital city on its 20th anniversary. 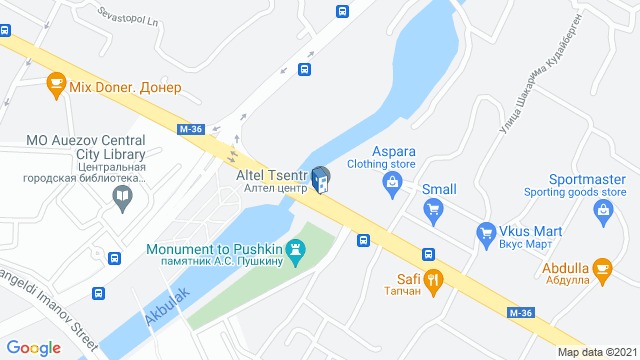 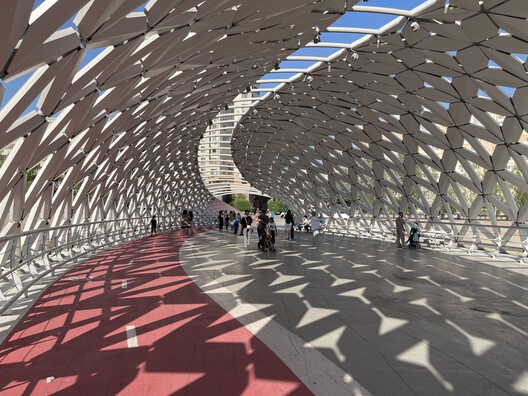 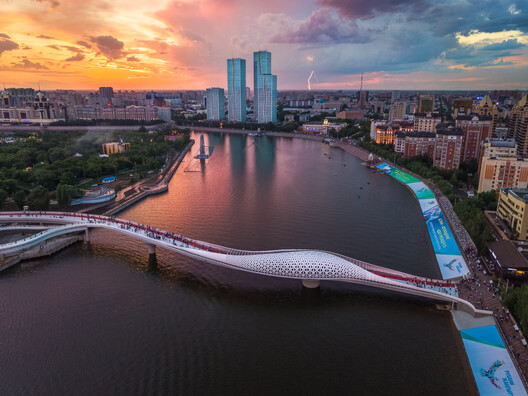