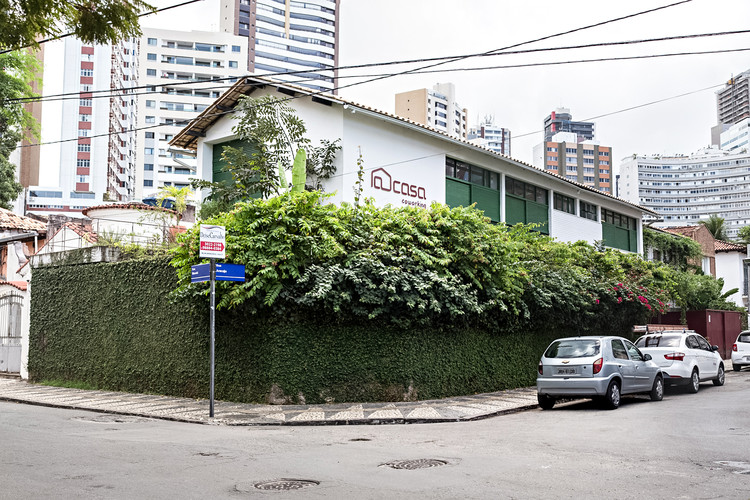 Text description provided by the architects. The history of this corner house, built in 1959 by its owner’s grandfather, is traversed by the transformations undergone by the family and the neighborhood in its six decades of existence. While the houses in the area were gradually being replaced by stores, bars, and apartment buildings, different commercial occupations also transformed its features and internal spaces. The iconic gabled roof volume of its second story, marked by green windows, nevertheless kept its impact over the neighborhood’s ever-changing landscape throughout the years.

In 2016 the owner decided to remodel the residence into a co-working space, affectionately re-approaching the house where he spent his childhood. Therefore, the layers of memory accumulated in its walls became the main guideline for the design team to approach the project. Archeology of space and time didn't aim to restore the building to its “original” condition but instead guided the renovation based on criteria such as functionality, aesthetics, and affection. For example, the composition of peeled-off stripes of painting was inspired by the discovery of an original encaustic tile panel hidden on one of the walls of the main hall.

Prior extensions were demolished, recovering the protagonism and lightness of the upper floor volume overhanging beyond the stone walls of the ground level. Its floor plan was considerably altered by the creation of gardens on its perimeter and the repositioning of the reception next to the pre-existing staircase, distributing the circulation between the co-working hall and upstairs rooms.

The pergola that stretches above the terrace, at the same time shades the hall, protects it from the street, and unifies the facades of the house with that of its annex. The garden of acacias, bougainvillea, and jasmines conceals the rebar Meshal most completely. It becomes a living architecture, filling the house with the scent of jasmine flowers from the owner's childhood.

Thus, empty space, memory, and garden are the main substances of the project. Traversing those elements, the color red and metalwork structures mark the presence of new elements throughout the building. The use of expanded sheet screens, steel panels, and rebar has been explored in all its plasticity, giving form to pergolas, handles, guardrails, doors, gates, windows, and bicycle racks

The possibility of integrating architecture, furniture, visual identity, and signage projects allowed for a coherent and cohesive set of solutions. The company’s logo design merges the iconic shape of the pre-existing facade with the lines and folds of rebar elements; the building’s textures illustrate the stationery pieces, while the red shade of the metalwork is adopted as the achromatic axis for the graphic and signage design. The latter of which, in turn, adopts the language of the wall painting stripes composition and the materiality of the metal and melamine coverings. 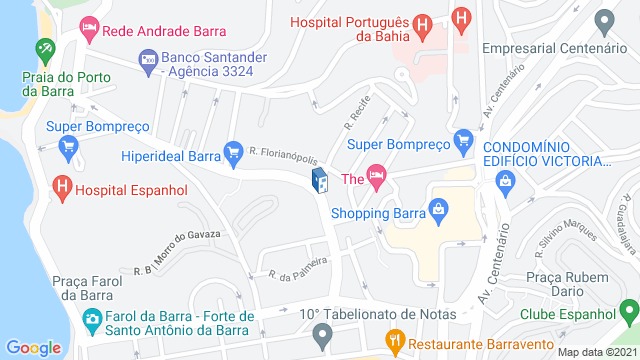