Save
Art, Soul and Education: 20 Award-Winning Projects with a Brilliant Touch
Share
Or
Copy 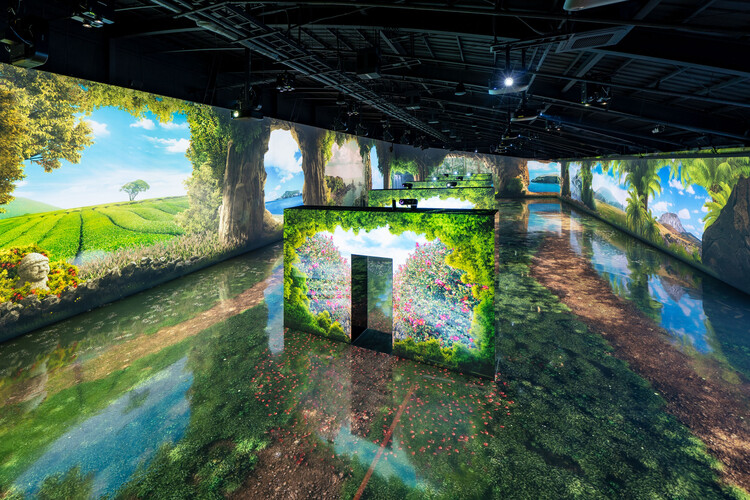 The world’s architects and interior designers do not simply design space. They take existing space and redefine and reinterpret it—along with its history, its surroundings and its culture. If the designer succeeds in capturing the very essence of a place, indoors or outdoors, and in filling it with new life, it can be described as outstanding design. And outstanding designs have won the iF Design Award again in 2021. Be they spaces for discovery or remembrance, for learning or for prayer, the iF Design Award has gone across categories and types of building to architectural and interior design projects that could hardly be more different, yet have “The CreatiFe Power of Design” in common. But what does that mean?

The Past Creates the Future

Modern interior designers use the virtuoso language of design to take places of art or teaching to a new level. The designs are inspired by the history or tradition of a place without allowing themselves to be confined by it. Quite the opposite: inspired by the past, they reinterpret it into forward-looking art and culture. Others part entirely with old patterns in order to gain a totally new understanding of space that always used to be the same space, be it a high roof or a deep underground space, an old ruin, an ordinary living room or a new educational facility.

Designs that have won the iF Design Award 2021 map a fascinating bandwidth of creative options in architecture and interior design. Digital installations and the visionary use of light in interior design play a key role. You will find all winners on the website or in the iF DESIGN app.

The following iF Design Award winners are textbook examples of how the language of art, soul and education can achieve its full effect in architecture and interior design—and thereby establish a connection between people and places.

Prism is actually an unspectacular installation during the day. At night, however, the spectacular impact of this project is capable of revitalizing a forgotten island. A beacon in a sea of memories, a sensual art installation with light and prisms, this installation is worth taking a ferry to Sarushima to see—and worthy of an iF gold award. The Prism installation was created at the SENSE ISLAND art event on Sarushima Island in Tokyo Bay, Japan, by Hakuten Corporation for Yokosuka City.

Light has the power to transform spaces from times past into new art, as at The Linen Gallery in Zhejiang, an old linen factory in which a combination of artificial and natural light creates a new kind of architecture. Or in the art project Light Up The 13 Layer Remains, which sheds light on the old history of a long since ruined copper refinery in the ShuiNan Cave as an important part of the cultural landscape. This impressive power of light to convey messages and moods is also used by The DNA of Light, a platform for new art.

A Piece of Landscape Architecture as Poetry

The OSOL iF gold award-winning permanent art pavilion was designed by SOAP Design Studio for the Gyeonggi Cultural Foundation and Hwaseong City. It was installed on the west coast of South Korea. Over 1,000 pine trees have grown alongside the tidal beach for more than 100 years. Inspired by the reflection of light on the sea, OSOL reflects the surrounding colors and allows visitors to gain a new perspective on the relationship between man and nature.

A Church for the People

Gospel is a church located in a city by the sea. The exterior is shaped like a Chinese-style screen; twelve pillars are designed not only to present the feature of strong wind but also to symbolize the Twelve Tribes of Israel. As the chosen people, the Twelve Tribes of Israel play an important role in Christianity. To establish the relationship between people and the church, Secure Stone Architectural Space Planning merged the above elements into the design for the Shuilin Church.

Located in the center of the city of Porto, the Senior University designed by Joaquim Portela Arquitetos is an extension of a new green area in the city. It is a university with student accommodation developed on rugged terrain with a difference in height of 25 meters between the two streets that it faces. The buildings resolve these differences in levels and allow fluid communication inside and between the external squares that interconnect with the city and the new park—even for people with reduced mobility.

Light Gallery by SCD Architecture Design is a multi-functional center both for property sales and public commerce. The owners wanted to create a gallery with a restaurant, bakery, flower shop, coffee shop, children’s activity center, fitness studio, and mini-cinema. Users can enjoy the sunshine and the mountain views. The experience of walking along the corridor and stairs is intended to resemble climbing a mountain. Using brilliant architectural language, it underscores the relevance of internal and external space construction.

Wave in the City

‘WAVE’ is a public media art installation that expresses a realistic wave constantly rushing through an L-shaped LED screen, 80m in width and 20m in height. Created by d'strict holdings and CJ POWERCAST, the large LED screen is an advertising medium, but it has the character of a public good. The designers wanted to provide comfort through public media for people who are tired of Covid-19. They selected a scene of a wave rushing in the middle of the city, a place remote from nature.

Arte Museum is Korea’s largest immersive media art exhibition built in what used to be a factory manufacturing audio speakers. The architects from d'strict holdings tried to express materials and spaces of nature through media artworks. Visitors can feel a sense of comfort from virtual nature beyond time and space conjured up by projection mapping and mirror reflection. All art spaces are designed to provide a completely immersive experience through impressive visuals, sensuous sounds, and fragrances.

Shanhai Art Museum is not only a place for art exhibitions but also a series of scenes, connections, cultures, and more. The lighting, artwork, space music, furniture and logo systems designed by Matrix Interior Design for YANGO Group are all extracted from natural motifs and elements of local geography. Focusing on the theme “Dream as a Horse,” it uses deconstruction, restructuring and other design techniques to naturally integrate the indoors and outdoors.

Times China, an enterprise involved in China’s urbanization, has launched a series of commemorative activities on the occasion of its 20th anniversary, in particular the creation of the Times Pavilion designed by Sangu Design. Based on the interpretation of the Times China brand, the designer puts forward the spatial concept of revelation and extracts the three keywords space, matter, and energy, generating a unique design response to this spatial concept.

The Private Fish Maw Museum is located in Shoutou City, China. With the vision to communicate the culture and value of fish maws, Shantou Zhuang Shi Xiang Ji Caterin entrusted Jingu Phoenix Space with creating a space to display his collection of aged fish maws (also known as swim bladders). The designers deconstructed the spatial functions via architectural languages and adopted gray as the main color tone to better highlight the gold-hued aged fish maws that carry memories of the past.

Capturing the true soul of a place and transforming it into an artistic design is worthy of an iF Design Award. It matters not whether it is an artistic living room like the Artistic Living Space, a cinema rich in contrast like the OSCAR Cinema or a trade fair stand that brings a brand to life like Plus Minus Zero. What matters is to see the space as a whole and to reinterpret it in its deeper essence. The Roof Top Orchestra – a Garden to Play Sound, proves that this rule applies on the otherwise unused rooftops of Tokyo. No less impressive, but at a much lower level, is the Hongje Yuyeon project, which as part of the ‘Seoul is Museum’ project makes artistic underground space accessible to the public. What all these architectural ideas have in common is their holistic view of the needs of people in interaction with their surroundings. 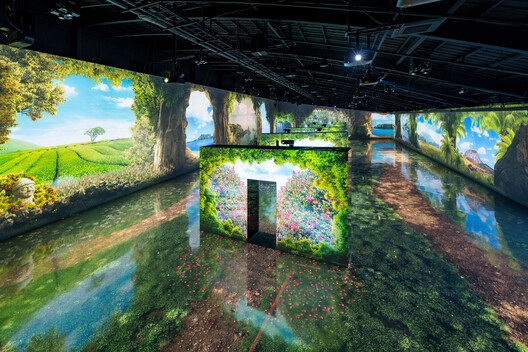