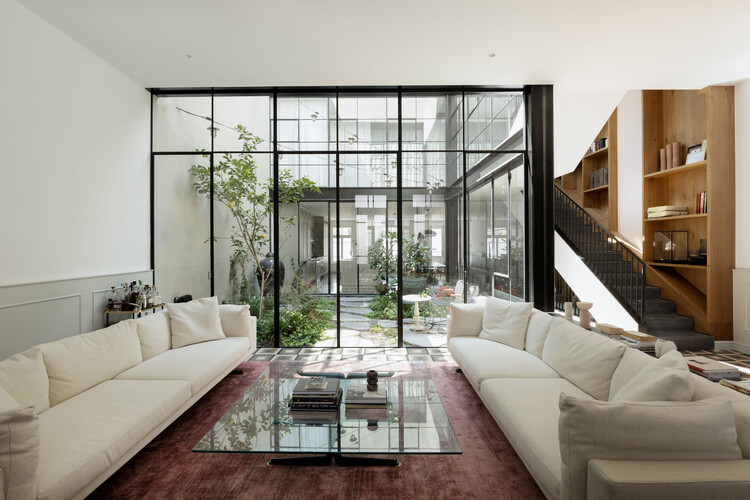 Text description provided by the architects. Architect Meirav Galan designed the “Neve Tzedek Patio House” located in the historic Neve Tzedek neighborhood of Tel Aviv. The townhouse, of which the extension and preservation were completed in 2020, was one of the first houses built in the picturesque neighborhood at the end of the 19th century and was originally built as a one-story house with a flat roof. During the 1930s, the house was extended and architecturally redesigned, adding a second floor with a tiled roof, a gallery balcony, and exterior stairs. With the passage of time, the beautiful house suffered from neglect. However, it was recently sold to its new owners, a family of six.

“On my first visit to the house, underneath all the neglect, I could sense the European charm combined with the local Mediterranean scent,” describes Architect Meirav Galan. “I discovered impressive high ceilings, classic European wooden doors and windows, iron detailed balustrades, and a beautiful Mediterranean balcony with a Parisian touch. I imagined myself reviving the story and interweaving with my clients’ dreams”.

The architectural design of the townhouse, spanning over a long rectangle lot (8.5m/28.5m), included preservation as required by the municipality law, partial destruction, and new additions that extended the built area from 250m2 to 580m2, of which 190m2  were underground (constructed while supporting the preserved parts of the existing house and the neighbors’ houses).

The northern wing of the house included architectural preservation and detail restoration. The existing two floors were preserved as well as the façade’s original openings and unique balcony. The large tower that had held a staircase connecting the two levels was demolished and replaced by a new extension, built and re-designed as if it had always been there. The tiled roof was replaced by a rooftop balcony with a sea view and plunge pool.

The front yard that had originally been two meters higher than the street was terraced, creating a new level with a welcoming exterior entrance and a service area on the street level as well as a new lowered yard that brings in natural light and air to the basement. A new staircase was designed and built to lead towards the preserved entrance level.

The southern wing was rebuilt and extended to include two new floors lower than the old wing floors due to preservation heights’ limitations, and a tiled roof attic with a balcony. The façade, though new, was designed with details similar to the original northern façade. A garden patio was designed as the heart of the house between the old wing and the new one, providing extra natural light and functioning as an intimate private outdoor space in the middle of a very dense urban fabric. While the street facades preserve the aesthetic character of the original house and of the neighborhood, the patio’s steel-framed windows facades were designed as a contrast entity, emphasizing the new architectural design. This describes Architect Meirav Galan, is “the new chapter added to the old story of this marvelous house”. 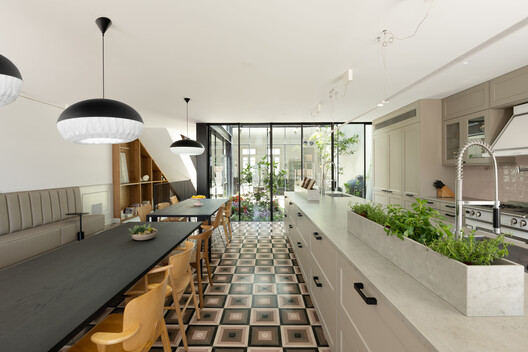 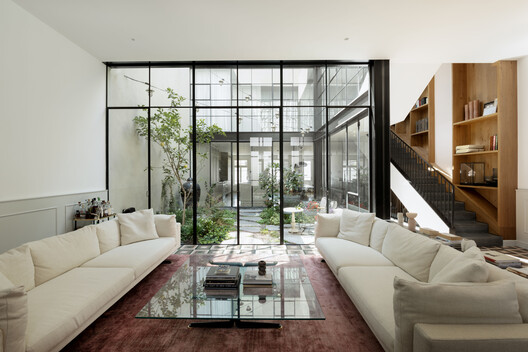