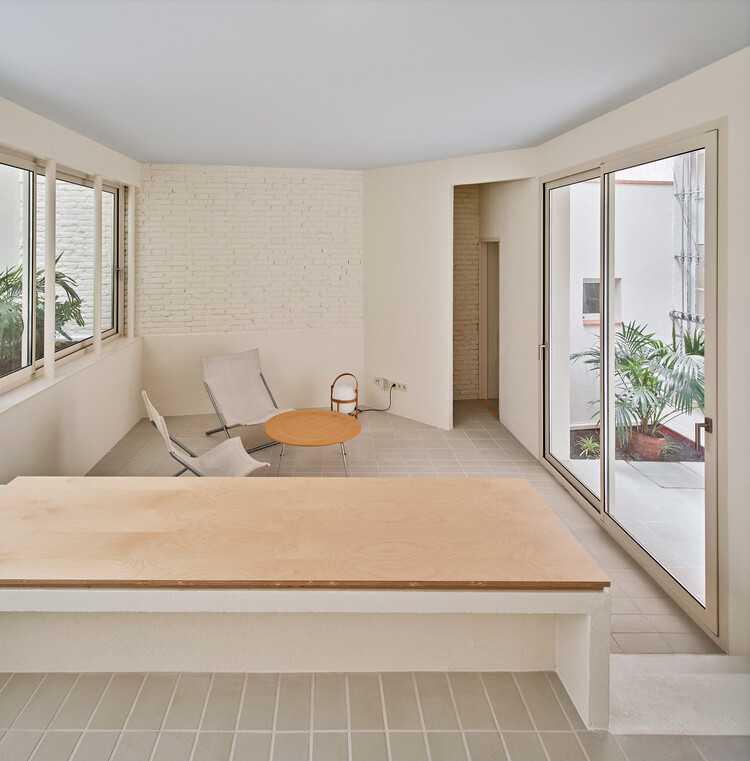 Text description provided by the architects. The property is located on the ground floor of a building built in the early 1920s, under the eclectic imprint of the master builders of the time. The building has five floors and four doors per landing.

The intervention is divided into two houses. The first one is a conventional flat, in the body of the building itself, with a single façade facing the block’s patio. And the second one is the doorman’s house, which was consolidated during the same period of construction and is located at the rear limit of the plot. It constitutes an independent volume, and its roof serves as a terrace for itself, and the two flats on the first floor with a façade facing the block’s patio. The elevation difference between the two houses is 63 cm.

Both houses present some serious pathologies, especially the doorman’s house, which is located at a lower level and, therefore, in direct contact with the ground and its humidity. Ventilation, on the other hand, is poor. The largest operations will be carried out in this volume, and they are structurally summarised in 3 interventions:

- Elevation of the pavement level with a ventilated honeycomb partition to equal it to the level of the house under the building and the patios, cleaning up current dampness and avoiding future humidity by capillarity.

- Opening of the small patio on the border of the parcel, originally only destined to the access of the roof through the stairs. It is transformed into a 1x7m patio with a semi-transparent staircase leading to the terrace which provides zenith lighting and crosses ventilation to space. The main metal beams are lowered and also replaced, and the existing wooden joists are restored.

- Modification of all the existing openings that faced the block’s patio, expanding them and achieving a greater relationship.

With these operations – and with the inclusion of radiant heating in the pavements –, the main problems of a house located on the ground floor of a building are tackled: ventilation, humidity and lighting, in addition to achieving intermediate spaces which can be used during summer.

The distribution is solved by means of a long diagonal wall, sliding doors and furniture elements that define spaces at different heights, in a fluid, generous way and, at some point, with the ease of summer houses. 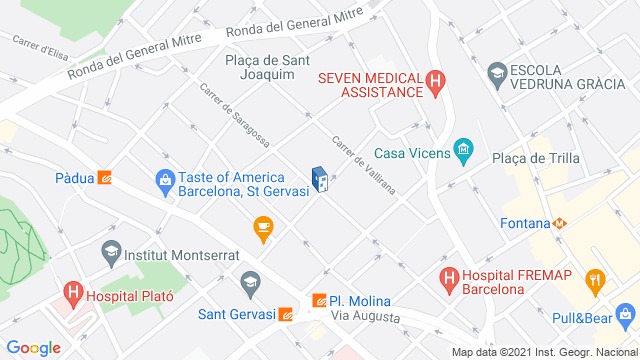 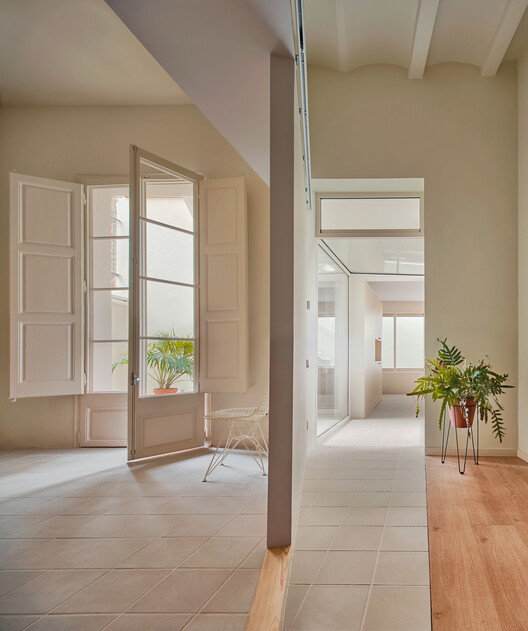 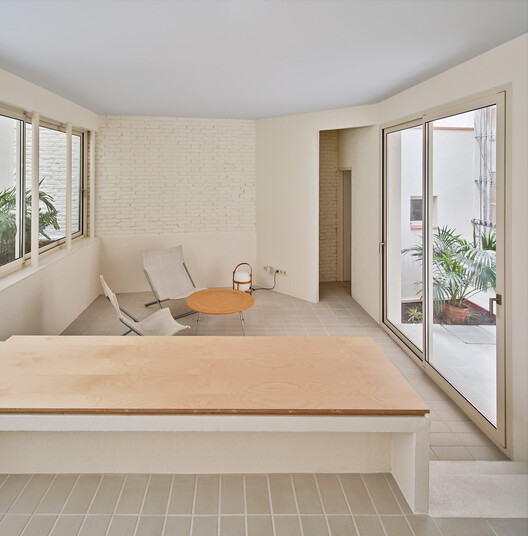