Save
Invisible Cities: Rethinking the Refugee Crisis Through Design
Share
Or
Copy

What do Katuma, Hagadera, Dagahaley, Zaatari or Ifo bring to mind? They are truly beautiful names, and could easily belong to Italo Calvino's 55 invisible cities.

But they are not invisible cities, they are informal settlements in Kenya and Jordan, home to between 66,000 and 190,000 refugees, mostly from bordering countries, supposedly temporary camps that half a century later are still with us today. Generally lacking in infrastructure, some have schools and hospitals, and Zaatari even has a circus academy, but for most of the people who live there, they are the only cities they have ever known.

The UNHCR says there are currently more than 82 million forcibly displaced people around the world due to persecution, conflict, violence, human rights violations, and increasingly, natural disasters and climate change. Of these, 26.4 million are refugees living in 40 different camps, and more than half are aged under 18. Most of them come from Syria: 6.8 million, with five million from Venezuela, and 2.8 and 2.2 from Afghanistan and South Sudan respectively.

Just four years ago, the migration crisis in Europe snatched the spotlight and together with the climate crisis and digitalization became global challenges. Every lecture at university or every report from top consulting firms began with a reference to the situation.

But the Covid pandemic turned our attention from the global to the local, and in response, we closed borders and locked down cities, towns, and even neighborhoods. In the midst of this terror we were only concerned with hiding behind walls, until gradually, like survivors of an earthquake, we have begun emerging from the rubble, reconnecting with parents, siblings, and friends through Zoom, Teams, and other video conferencing applications.

Migration as a global issue has been absent from the agendas of major events such as this year's Davos summit, which has been virtual and accessible to all, but which will be held in person, not in Switzerland as usual, but in Singapore, under the title The Great Reset, focused on a series of meetings to discuss the impact of Covid 19, and specifically the future of work, sustainable development and the role of technology in the fourth industrial revolution. But no mention of the migration or refugee crisis.

In parallel, those of us who work in the fields of urban planning, architecture, and design have been keeping an eye on the effects of the pandemic on the urban experience, and on what everyday life will be like in the post-covid world. That said, perhaps we have settled in too comfortably into our home-based routines, preferring to look at the world via our computers.

We have written a lot about the increasingly depersonalized social interaction in the city, and the need for a more human approach. We have argued the need for more spaces where we can interact, third places that favor social cohesion and that allow us to imagine a more human daily life, where everything that is important is 15 minutes away by bike or on foot, but we have remained a little lonely, and come up short.

Part of the answer is to recover theorists such as Edward Soja (1996) or Homi Bhabha (2004) who defined the "third space" not so much as a physical place, but as a mental space, a way of defining the condition of the residents of contemporary cities and who probably weren’t born there. A mental space is neither in the place of origin nor in the place of reception, but in another third place, a mixture, which also includes many other circumstances.

Refugees are people who find themselves uprooted, forced to settle in another country, living in a non-place, in a temporary situation, a third space, which always questions their existence. Having escaped dangerous situations, for them, the other is potentially a threat. Under such circumstances, how can we generate social ties with refugees? How can architecture and design help?

During the refugee crisis, housing has largely focused the debate on infrastructure and the power of architecture to provide adequate solutions that provide shelter and security—Pritzker Prize Laureate Shigeru Ban designed 20,000 new homes in Kenya’s Kalobeyei refugee camp a few years ago. Moreover, the theme of the Venice Architecture Biennale 2021 is How will we live together? This is an extremely important question and one we can apply to rethink borders and their ability to determine our identity.

Responding to the important need for social cohesion and helping vulnerable people is key. In refugee camps, this is the only issue. We should ask ourselves to what extent these "invisible" cities are able to help us interact with the other, and how we should get involved in design and architecture to facilitate this.

The traditional layout of some camps in rows of tents, or those that grow along similar lines to the informal settlements that develop alongside large cities, ignores the culture and identity of refugee communities. The existence of public spaces within the camps is beneficial to community life and can be a place to release frustrations, relieve pressure and overcome the loss of hope. The creation of entertainment and recreational spaces, preferably built with the participation of the local population, with collaborative programs based on understanding the expectations of the residents, is essential. An example of this is the work of the Ibtasem playground that Catalytic Action, an NGO that seeks to empower communities, created in Syrian settlements in Lebanon.

Likewise, there are initiatives such as that launched a few years ago by the What Design Can Do platform, the Ikea Foundation, and the UNHCR to solve the refugee crisis. Of the more than 600 applications, the five winners offered ideas focused on improving the daily lives of refugees, through collaboration and participation, among which Reframe Refugees stands out, an idea that allowed refugees to tell their stories through their own photos, thus giving them a sense of control of the narrative.

There are several proposals at this edition of the Venice Biennale that raise concerns about these issues. In 2022 we have two major events: the itinerant Manifesta biennial of art and culture in the capital of Kosovo, Pristina, with architect Carlo Ratti in attendance, and Documenta, in Kassel. Ruangrupa, the Indonesian collective that will curate it, is proposing environments where people interact or simply sit down to talk about forgotten history, new colonialisms, and migratory narratives.

There is reason to hope. 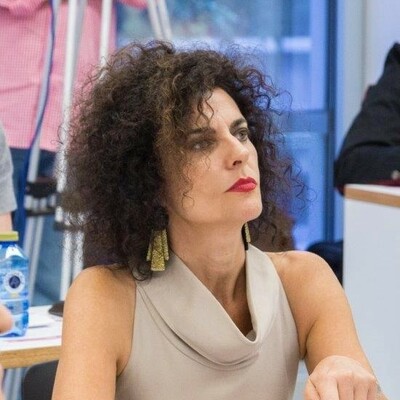 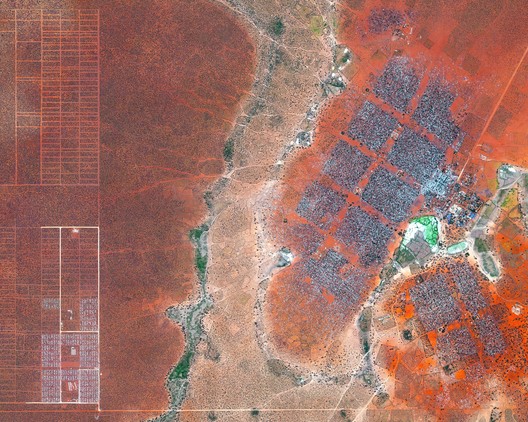