The Jining Art Museum, designed by Japanese architect Ryue Nishizawa in China’s Shandong province, merges architecture and landscape across three structures unified by a distinctive architectural language. Images by photographer Paulo dos Sousa showcases how the museum relates with the adjacent lake and the surrounding greenery while also highlighting how the main architectural gesture of the organically shaped roof creates a series of intermediary spaces that expand the museum’s activities outwards into the environment. 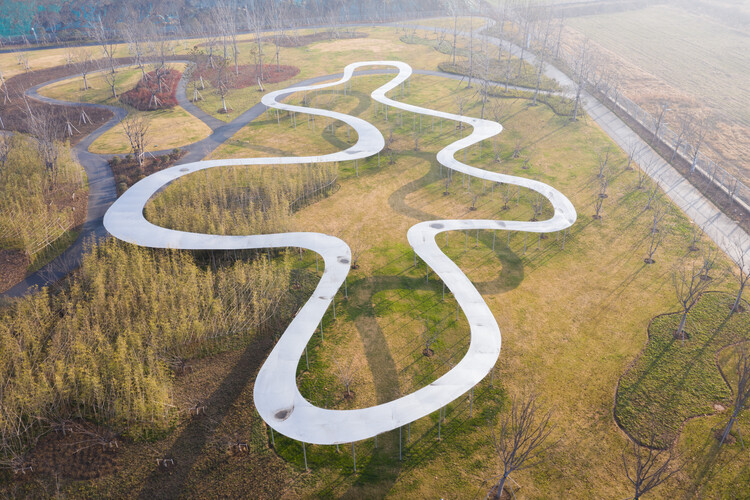 Situated on the outskirts of Jining, the project comprising a museum, a café, and a pergola is part of the extensive development of a new cultural hub. The single-storey museum building contains a series of volumes linked together by a large, organically-shaped roof, whose overhang creates a series of outdoor covered areas and a portico-like space around the building. The latter is meant to extend the museum space or be used independently in connection to the surrounding part. Half of the space covered by the roof is used as semi-outdoor areas that will provide sunshade in the hot summer climate of Jining.

The exhibition spaces arranged independently around several courtyards are linked by glass corridors that serve not only as articulations but as multi-purpose spaces that house a café, a lounge or a book shop. The extensive use of glass builds a consistent relationship between the exhibition spaces and the surrounding context, while the locally sourced blue bricks establish a connection with the local Chinese tradition.

The other two structures reiterate the same language of organically shaped flat roofs. The pergola taking the shape of a thin fluid canopy is reminiscent of the SANAA’s 2009 Seperntine pavilion, meandering around the existing trees. The cultural facility opened in 2019 and is the first museum designed by Pritzker winning architect Ryue Nishizawa in China. 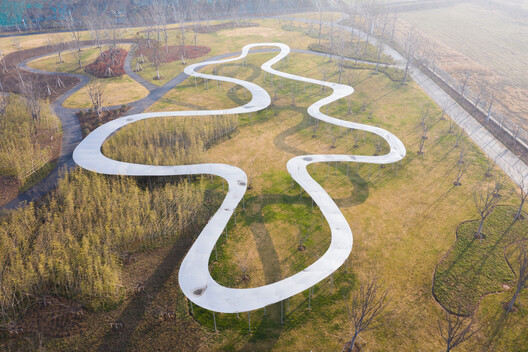