Over the past couple of weeks, we have seen how countries have responded to “How will we live together” in 115 different ways. Some studied the environment and how to sustain it, while others explored how they can create a safe space for refugees and citizens to coexist. In this roundup, we are concluding the list of national pavilions displayed at the 17th International Architecture Exhibition – La Biennale di Venezia, and highlighting how they answered curator Hashim Sarkis' question. 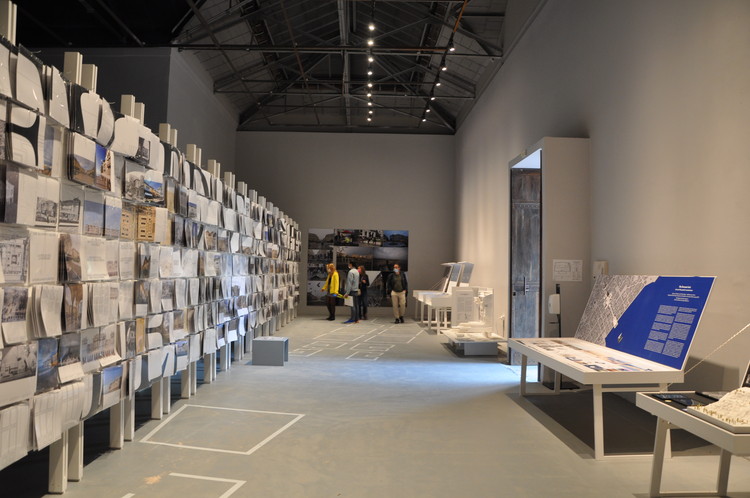 Best of the National Pavilions: Recurring Qualities Explored at the 2021 Venice Architecture Biennale

Titled "Anachoresis Upon Inhabiting Distances", the Cyprus Pavilion at the 17th International Architecture Exhibition – La Biennale di Venezia looks into the "spatial experiences that occur when distancing becomes a paradigm for the development of new socialites". The pavilion's site-specific installation highlights a unifying object of interior living: the table, letting the furniture piece become an archive of different scales and experiences. The team observed how the addition, subtraction, and manipulation of everyday objects on the table can transform it into an element that allows users to comment and re-interpret the question of how a gathering space is usually constructed. The design incorporates local architectural features, materials, sound, and movement, exploring how a "multi-authorial" approach can empower architecture to produce new forms of localities and inhabit the overlooked, in-between spaces existing within the table.

Boulevard of the League of Nations

The Greek Pavilion, displayed at the Giardini, took the city of Thessaloniki as its case study to highlight the cultural coexistence between locals and refugees. The curatorial team found it to be a "typical example of a radical redesign of a multicultural city is the reconstruction of modern Thessaloniki, exactly a century ago". At the core of the project, the “Boulevard of the Society of Nations” is materialized in a different manner under the name “Aristotle Axis”. It emerges as a mosaic or composition of different architectural styles and human activities, highlighting the design features that have reshaped and are continuing to reshape the prevailing financial, social, and political context of unique public spaces.

Boulevard of the League of Nations

Titled "Ark Re-imagined", the first national participation of Iraq at the 17th International Architecture Exhibition – La Biennale di Venezia is an expedition that engages with the city of Venice, its people, and the environment. Based on the European boat building techniques, the curatorial team proposed an organic, tensile-built structure inspired by the vernacular construction methods of the ancient flood periods, a time when the sea levels heightened to create the current Gulf region. The project engaged artisans across Iraq to promote traditional craftsmanship and architecture.

Titled "Friendship Project: Sculpture and Architecture of Art", the Republic of San Marino pavilion displayed 10 sculptures within the hall of the Ateneo Veneto. The structures are displayed within white fabrics suspended from the ground, with veins engraved into the slabs. Enrico Muscioni and Massimiliano Raggi collaborated with Chinese sculptors Fan Haimin, Fu Yuxiang, Min Yiming, Nie Jingzhu, Wu Wei, Wang Yi, Shen Jingdong, Zhang Hongmei, Zhang Zhaohong, and Zhu Shangxi, and a study group of professors and students of the University of San Marino.

Titled “Ora”, the North Macedonian pavilion at the 2021 Venice Biennale is an "imaginary interval mediating between the past and future". Inspired by society’s approach towards overcoming cohabitational differences without disintegrating individuality, the pavilion highlights how the process of becoming self-aware could diverge in two directions: human micro agents or human-made structures. The pavilion is on display at the UNESCO Regional Bureau for Science and Culture in Europe (Palazzo Zorzi) from 22 May to 21 November 2021.