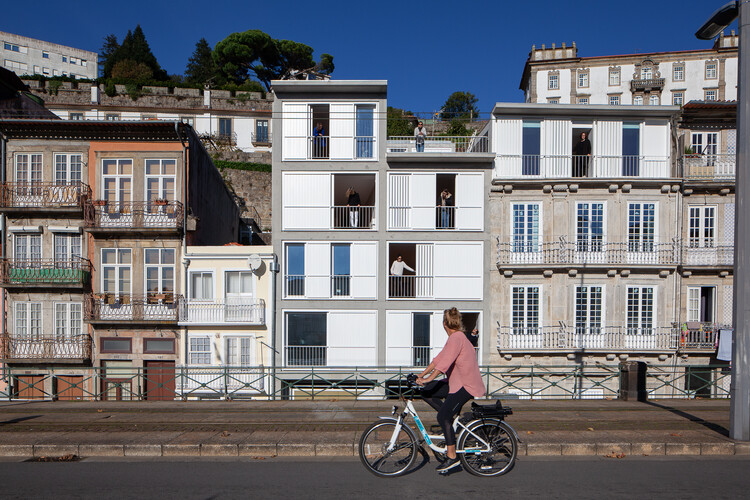 Text description provided by the architects. The XIII century building, with a facade of great architectural value, is composed of 4 floors and the top floor is a ruin. The interior is partially destroyed leaving only the facade. The proposal contemplates the consolidation of the main ruin facade. The top floor is rebuilt with contemporary lightweight materials because of the difficulty of replacing the existing stonework with certain wear and tear of the time.

The neutral and abstract character of the volumes allows detaching the existing buildings and richness of the stonework that they contain. We choose a floor distribution in the gallery following the tradition of using the exterior surroundings. The buildings open themselves to the hill, forcing an urban life and a great ambiguity between public and private spaces. The interiors are organized to the best possible orientation – north, south. Therefore, the distribution gallery is presented at the north as well as the rooms. Every living room is oriented to the southwest. The new buildings start from the presupposition of a coincidence between construction and composition.

The facade reflects and is evidence of the lot´s narrow subdivision. The new buildings would be built in reinforced concrete. Local light materials would be used like wood, iron, slate, corrugated sheet, tile in the fill of the vain and gables treatment. The building both neutral and silent, to evidence the set where it's inserted, with no language, no time… 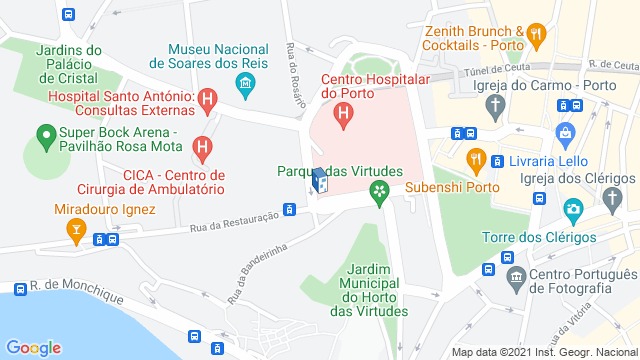 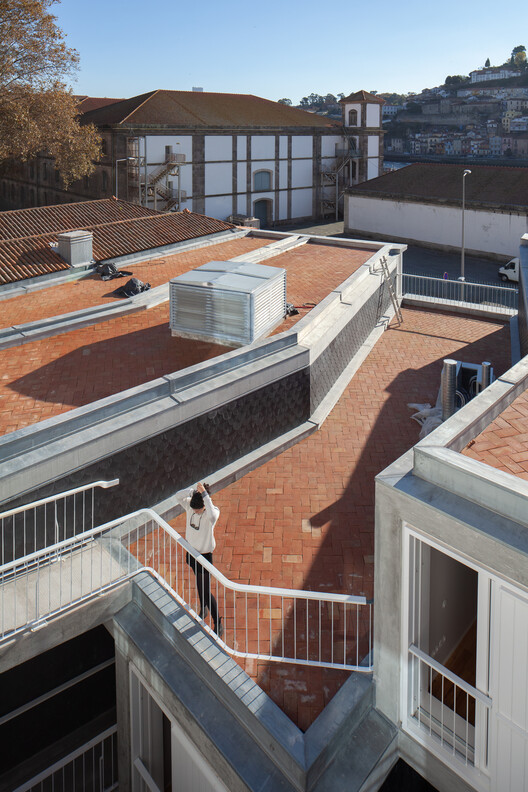 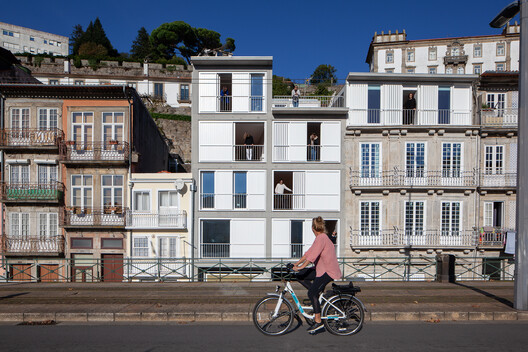