Save
A House in Hoi An / lequang-architects 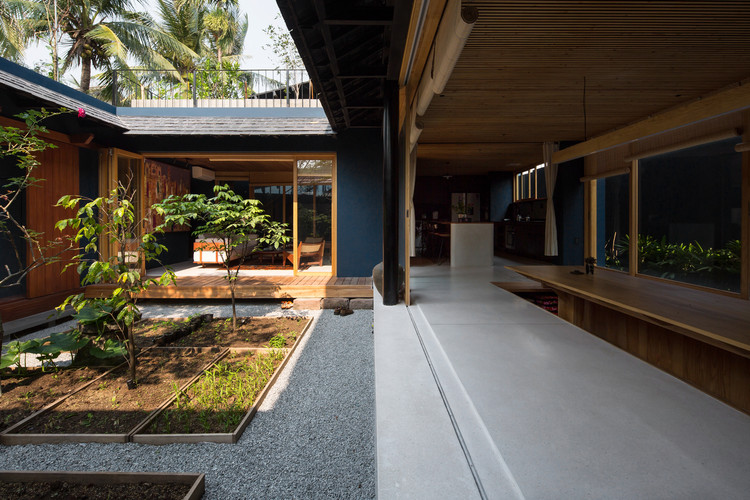 Text description provided by the architects. The site is located on the riverbank in Cam Thanh commune, at the corner of a junction in a small village surrounded by a typical agricultural landscape in Hoi An ancient town of Quang Nam province. owner of the house – Ms. Giang is an environmental expert, she thinks about the house as a space mixed with local greenery landscape. It is also necessary to be a space with enough tranquility for the education’s target that she directed towards her son who needs a certain condition to grow up.

This house is not only a small house for four people to live in, it is also a place where the birds, the spiders, or insects find shelter in the foliage. Furthermore, it is a mini-community center where the host works with her environmental activist group and meets with neighbors to build community bonds as she wished when moving from Saigon - a crowded city with 12 million people to retreat in this countryside village.

These fragments of hope arise in her mind, which is an ideal condition for us to create an organization with an overlap in space occupation. The house in my vision is a traditional shophouse in Hoi An ancient town but rolled up like a snail-shell. It is also built with these local materials at a very affordable cost.

The spaces on the ground floor of the house are first raised along with a large garden and then we spread it out in this garden. I think it's functional groups set in a garden rather than a garden set in a house. For example, in the dining room, the floor is both the floor but also a large bench placed in the garden, where people doing teamwork but also be a large bench that inviting neighbors to talk in the edge of the garden. Just like a language, it is an organization of discrete objects, when they standing side by side, they find their meaning.

‘Structure’ of the house is a word that has two meanings. First, it is the combination and motor mechanisms of the different parts that make up the whole, such as its snail-shell organization that is resistant to flooding. Second, it is the combination of the relationships between elements inside the house and factors outside the house (eg its social structure with the agricultural landscape). This house has created two kinds of structures.

Obviously, with the pre-engineered steel structure leaning against the thick walls on the ground floor, people could see the exposed structure of the house, but it was from visual expression. Also, internally, human activities are encouraged to occur under different scenarios, which create different boundaries of space. Thanks to that, the shape of the space changes, it promotes the activities of people and neighbors to create a mixture of spaces that blend together and create the complete house.

To share more about the structure, I think the rectangle shape inside a distorted site’s perimeter has become the focus of visual attention and guides the user. When I think about how to capture that moment, I see it as elements chained around this rectangle to form a living entity. The house is like a tree, it creates different gaps, different shades, it becomes beautiful not only by the parts exposed to sunlight but also in the parts that fade into the darkness. I think the unification of a tree is how 'structure' becomes 'architecture’. 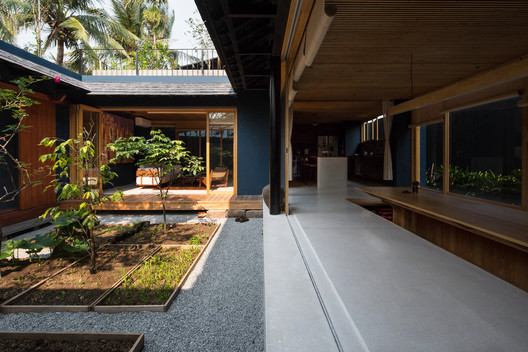