Anagram Architecture & Urbanism and Gruppa Design have won first prize in the competition to reimagine Přerov Town Hall in Czechia. Dubbed The Connector, the proposal includes the reconstruction of the existing 1969 building to emphasize the aim of the town hall to be a social generator for the Přerov's future. 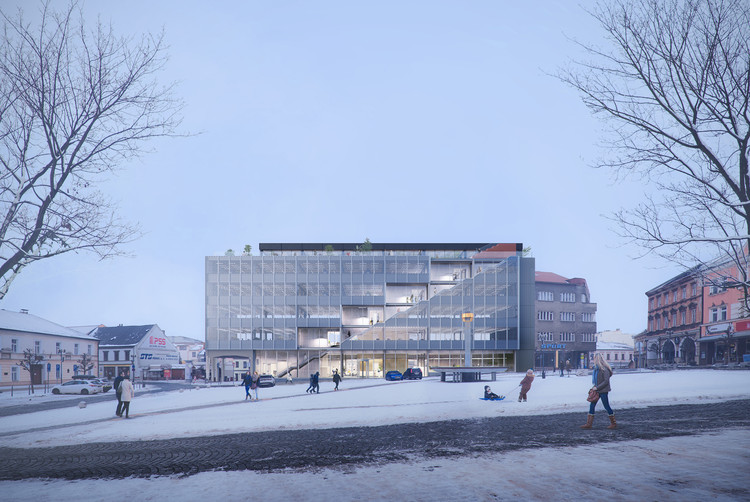 As the design team notes, the building dates back to an intensive political period in Czechia, and the brief asked teams to reconsider how the Přerov Town Hall could be adaptively reused as a new community hub. The Connector offers a new image for the building by respecting the character of the original structure. The building is currently composed of a repeated structural system, and the reconstructed 6-story building will accommodate almost 5,000 square meters of office program and public amenities.

The main idea for the project is to create an open dialogue between the Public and the Town Hall. By creating The Connector, the main stairs which cross the whole building aim to enable easy communication between departments and create an entrance point to the terrace with a café, which becomes a contemporary viewpoint, a watchtower to the historic square of Přerov city.