Save
Louis Kahn’s Society of Rooms
Share
Or
Copy

In this video, Architecture with Stewart breaks down the floor plan strategies of Louis Kahn (1901-1974) for how they treat and arrange rooms in servant/served configurations. After World War II showed us the dark underbelly of technology, the architecture that gave us “machines for living in'' seemed misguided and dehumanizing. In contrast to pre-war open and free plans, Louis Kahn considered new possibilities for rooms; believing their privacy and enclosures could work together in a ‘society of rooms.’ Beginning with a close look at the Trenton Bath House, the video includes computer animations, sketches, photographs, and historical narratives to trace the evolution of the room through buildings like the Adler House, Esherick House, and the Exeter library ⁠— a monumental room of cultural memory.

Stewart Hicks is an architectural design educator that leads design studios and lecture courses as an Associate Professor in the School of Architecture at the University of Illinois at Chicago. He also serves as an Associate Dean in the College of Architecture, Design, and the Arts and is the co-founder of the practice Design With Company. His work has earned awards such as the Architecture Record Design Vanguard Award or the Young Architect’s Forum Award and has been featured in exhibitions such as the Chicago Architecture Biennial and Design Miami, as well as at the V&A Museum and Tate Modern in London. His writings can be found in the co-authored book Misguided Tactics for Propriety Calibration, published with the Graham Foundation, as well as essays in MONU magazine, the AIA Journal Manifest, Log, bracket, and the guest-edited issue of MAS Context on the topic of character architecture. 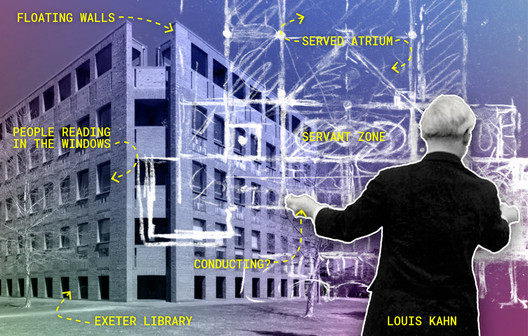