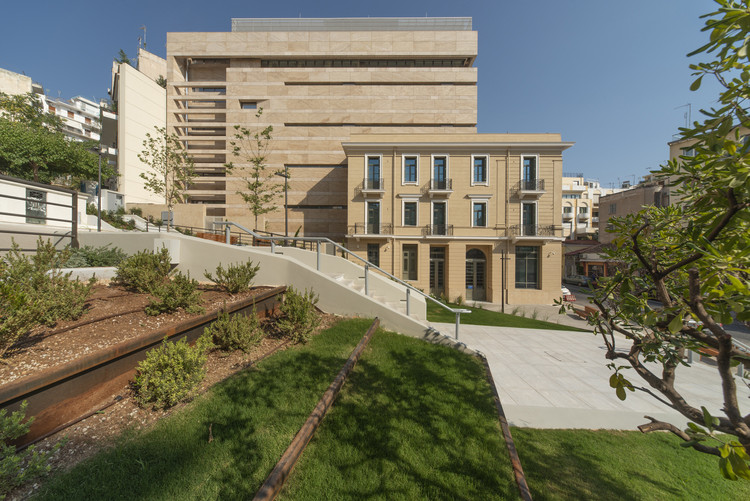 Text description provided by the architects. In this project, a systematic attempt has been made, on the one hand, to restore and highlight an existing listed building in neoclassical style, and on the other, to elaborate a contemporary addition, which jointly had to respond to a consolidated functions programme with special demands and content.

GENERAL DESCRIPTION:
The new museum is located on a corner plot, in a densely built district of Athens, near the historic centre. It faces the St.Spyridon Church square, which was remodelled by the B&E Goulandris Foundation, as a donation to the Municipality of Athens.

The museum seeks, by its presence and unique content, to serve as a pole of attraction of international significance and range. In terms of function, it combines the character of an exhibition and educational venue, including spaces of library, lecture hall, video room and children's workshop, while a café-restaurant is placed near the entrance,accessing the open-air protected courtyard at the mezzanine level.The first and second floors are used for the foreign artists' masterpieces, while the third and fourth floors house works from the Greek collection. The gallery for the temporary exhibition is placed in the first basement level.

CONCEPT:
The premises are laid out functionally around a central staircase, into which is introduced diffused natural lighting through the glass elevators. From the third floor upwards, the spaces are organised on two axes, converging at the point of the vertical circulation core, which serves as a predominant point of reference, with elaborated details of concealed lighting and a skylight on top.

The project had many particularities. The first was the site’s position. The narrow sidewalks of the Eratosthenous Str.,the trolley line and the inclined footwalk, minimized the adequate construction site, while there was need for a very deep excavation of 20 to 27 m. depth. The Ministry of Culture’s requirement to preserve even the back of house walls of the existing historical shell, made the excavation even harder. A spatial metal frame was structured in phases, in order to support the walls of the retaining shell and receive horizontal loads from the excavation slope. The gradual construction of the basement bearing body, let the above metal frame be dismantled step by step.

MATERIALS:
The elevations' design approach involves an effort to deal with the large height of the extension, as well as, the visual abstraction within an urban environment which is aesthetically rather overloaded. The listed building remains in the foreground, whereas the new addition building is recessed, thus creating a distinguishable volume with a contemporary morphological vocabulary.

The new shell is covered with ochre Edessa limestone panels, in horizontal alternating zones of two different heights and finishes. The large panel size was an initial choice, serving a minimal architecture style, the dialogue with the preserved shell and highlighting the public character of the building. In places, the panels give way to linear recesses–clerestory windows, which admit natural light to the exhibition areas, or they turn into thin beams, which indicate the presence of circulation core behind them. 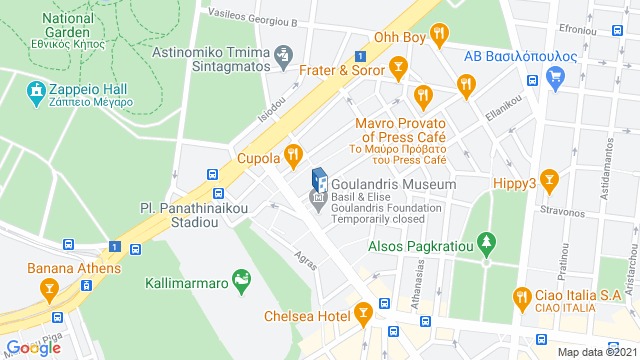 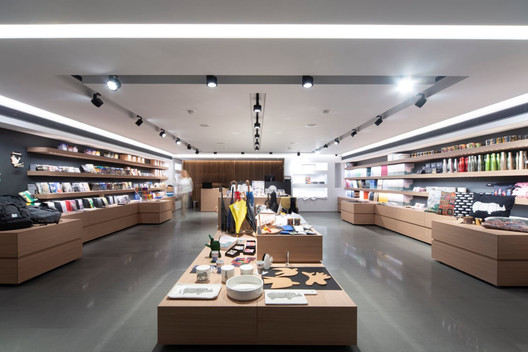