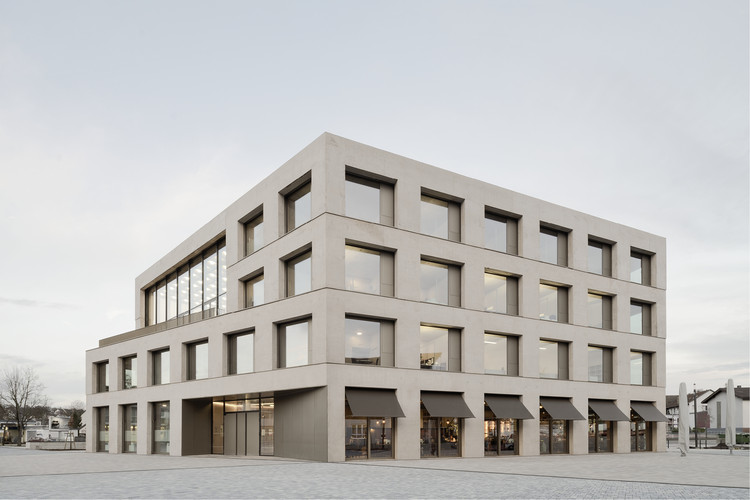 Text description provided by the architects. The new town hall in Remchingen, on a prominent site between federal highway B10 and the green space along the river Pfinz, is conceived as a new center for encounters and communication. Its immediate vicinity is dominated by the Remchingen Cultural Center and a nursing home, which are discrete, self-referential freestanding buildings that do not form an urban spatial relationship to each other.

In order to sustainably improve this situation and establish clear edges to the public space, the building was designed as a honed, pentagonal urban element that has no rear sides and shows its architectural presence both to the newly designed market square and to the two street fronts. The new building self-evidently positions itself as an open house for the citizenry, responding precisely with its form to the important spatial relationships and defining a new center for Remchingen. While it clearly looks like a prestigious detached building, its form logically derives from the urban context and thus it also mediates between the existing buildings. An open plaza now joins the new building ensemble of town hall, cultural center, and retirement home to the landscape of the Pfinz.

Given the building’s prominent location, its impact to the townscape when viewed from a distance was an important consideration in determining its dimensions: the height of the new four-story building takes its cue from the surrounding buildings, yet it manifests itself as a discrete object that excitingly enhances them. Its rigorous facades made of insulating concrete strengthen the feeling of solidity and anchorage to the site. Within this uniform outer shell, whose mineral-based wall construction is fully recyclable, the large, regularly spaced windows with deep reveals are clearly distinguishable.

The diverse uses of the town hall are already apparent from the outside: the lobby with the municipal services office and the extensive restaurant area on the ground floor, the wedding hall with its urban loggia on the first floor, and the large, two-story council chamber on the second floor with views of the nearby river Pfinz all have impact on the urban surroundings. In order to bring the character of an open house to life for the citizenry, a free plan with fluid spatial boundaries was established around a central atrium. The tangible spatial openness, which is underscored by the expansive space of the atrium, is designed to offer the public the opportunity to get a closer look at the origin of political activity and to experience the building as a public place in its best sense. 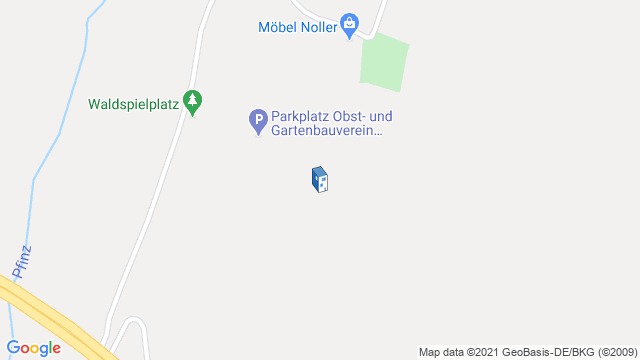 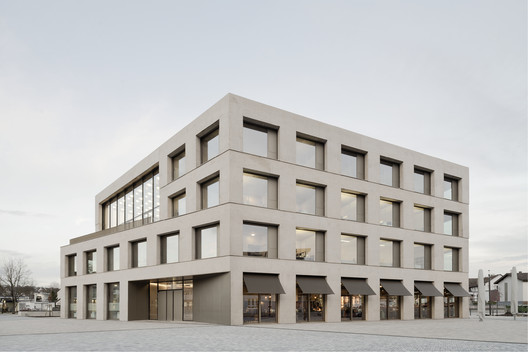