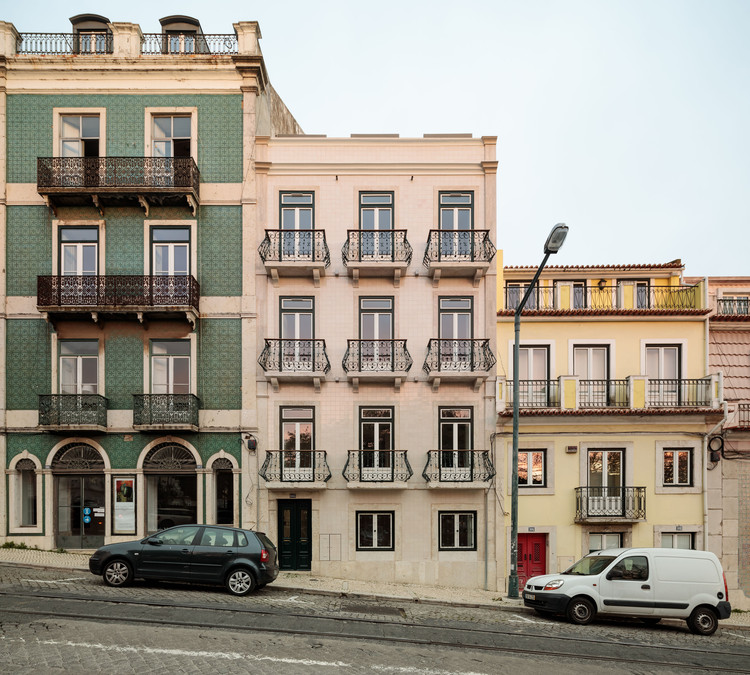 Text description provided by the architects. Located in an emblematic square of Lisbon, the Campo Mártires da Pátria, also called Campo Santana, the architectural proposal preserved the design of the main facade with the exception of the pre-existing coating - tiles from the 90s, completely dissonant. In this way, the opportunity arose to look in the traditional Portuguese tile factory ‘Viúva Lamego’ for a new exterior solution with a neutral pattern in a pearl tone, with artistic value, which gave a subtle distinction to the facade.

In the late façade, a more pronounced intervention was chosen to enjoy the urban landscape of the hills of Santo André (Sr.ª do Monte) and the Castle, so that a large central opening was opened, which also allows wide sun exposure. For this reason, the evident option of interior organization was to place the social areas of the fractions towards this “front”.

Faithful to the housing standard of the pre-existing building, the typology of one apartment per floor was maintained, completely changing the functional distribution of fractions to T2. Because today we live differently than 100 years ago, it was intended to update the concept of living to current standards.

This rehabilitation highlights a building of an exclusively residential character, with 5 fractions, differentiated by the architectural quality, spaces and materials. 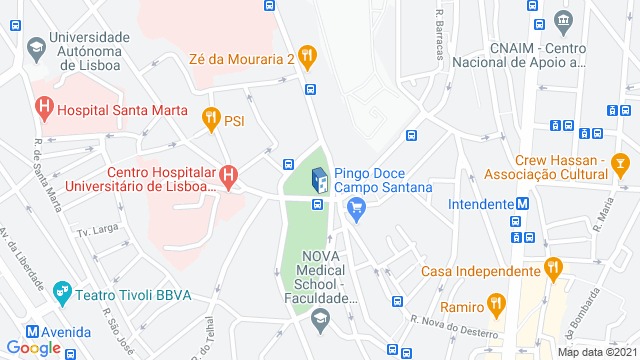 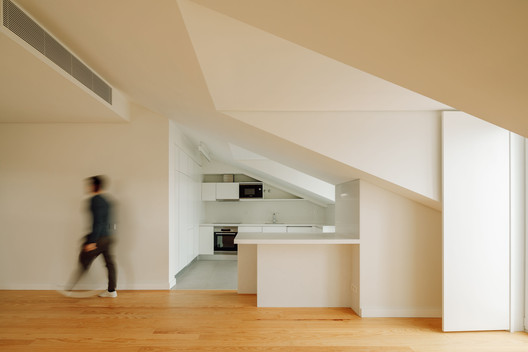