Save
The Sketchblock / ANA architecten 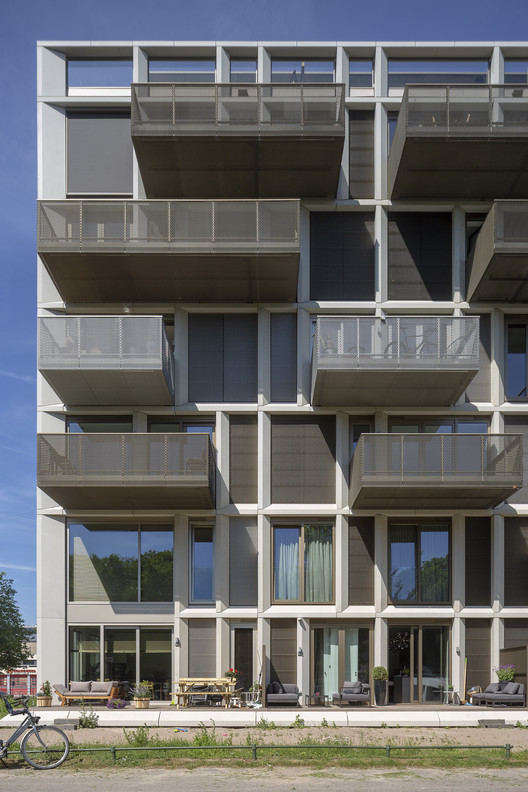 Text description provided by the architects. ANA Architecten designed a flexible three dimensional housing structure with a maximum freedom of the individual layout. The buyers of the apartments in The SketchBlock were able to fill in the dwellings freely in size, position, layout and finishing. The Sketchblock has been chosen as Best Building of the Year 2019 in the category ‘private living experience’. The building is part of an ensemble of three new residential all-sided buildings in a park-like car-free setting. Access to the three buildings is from a central green space. The residents of the three buildings determined the layout of the park in a special collaboration with the municipality. The residents of the three buildings are collectively responsible for the maintenance of the park.

The Sketchblock has been designed as a flexible framework which facilitates apartments for a wide variety of target groups: young and old, singles, couples and families. The smallest apartment in the building is 46 m2, the largest 150 m2. The floorplans can also be adapted for future use. If the personal needs of the residents changes over time, The SketchBlock can easily be arranged differently. The principles of the Sketchblock are reflected in the facades. The façade consists of a system of concrete bands in a main grid and a sub-grid. The main grid corresponds to the bearing structure. The sub grid is used to accommodate different apartment layouts. Residents could make their own choices from a catalogue of different colors and choose the place and size for the balcony.

Concept / Context and strategy The SketchBlock was designed together with and for the future residents. In many cases, Cohousing is a difficult procedure with lengthy processes and aesthetic mediocrity. Here the best components of Cohousing have been applied and all negative effects are circumvented through smart design and efficient process management. After an investigation of the buildings preconditions and an inventory of the residents wishes, ANA designed a flexible construction that formed the basis for a modular layout. The residents chose the position and size of their apartment. Rules have been drawn up to ensure consistency.

This has ensured that the architecture of The SketchBlock is (partly) determined by the individual choices of the residents, but without making aesthetic compromises. In the design we focused on efficient flexibility at different levels. The façade was developed as a flexible structure that forms the basis for a modular layout. This flexibility facilitates apartments in different layout and sizes. The typologies in the building are maisonettes on the ground floor with apartments above that are oriented one-sided, two-sided or even three-sided. Construction / Materials and structure The concept for The Sketchblock is based on the principles of ‘Open Building’, a concept developed in the 60s by Professor N. John Habraken. ‘Open Building’ implies a separation of the different layers of the building: construction, installations, façade, layout and finishing.

The bearing construction consists of a concrete load-bearing core and columns in the façade. The concrete floors span between the core and façade. Separating walls between the apartments are not load-bearing and can be placed in many different positions. The installation-shafts are concentrated in a zone around the core. In the project it was decided to keep the installation facilities as simple as possible to guarantee maximum flexibility.

The façade grid is formed by slanted concrete composite elements. The chamfer aims to give the façade more depth and to make it less heavy. The infill of the closed parts in the concrete grid is materialized in anodized expanded aluminum panels. Three different shades are used in the overall façade, giving each apartment its own accent. The play of chamfered concrete façade-elements and expanded aluminum give the building a whiff and makes it tactile. 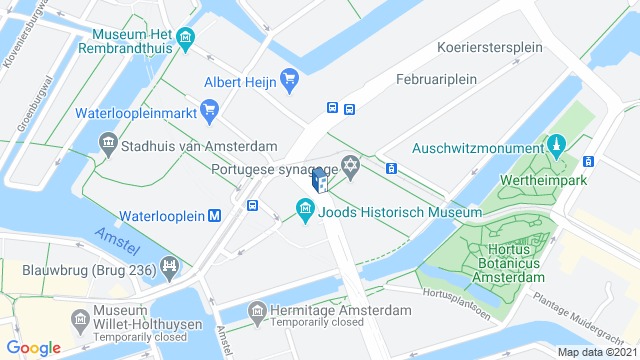