The Weyerhaeuser Corporate Headquarters in Federal Way, Washington is one of the most iconic projects bringing architecture and landscape together. The current owners of the site, Los Angeles-based Industrial Realty Group (IRG), have shared plans to clear-cut 132 largely forested acres on the 425-acre campus to build 1.5 million square feet of warehouses. Now the group is facing pushback from architects, preservationists and landscape architects across the country. 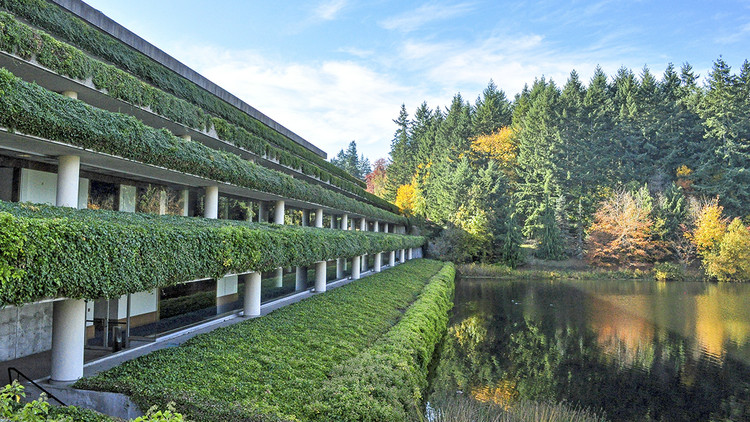 The Weyerhaeuser campus was made by landscape architect Peter Walker, founding principal of Sasaki, Walker and Associates, and Edward Charles Bassett, partner at Skidmore, Owings & Merrill (SOM) and was completed in 1972. Dana Ostenson, executive vice president of IRG stated that “We can’t change the footprint or the design” of the proposed warehouses.

Peter Walker, the original landscape architect, Craig Hartman, a partner in SOM’s San Francisco office, and Rene Bihan, managing partner at SWA’s San Francisco office, have developed an analysis with alternate plans for accommodating the proposed warehouses. Citing the mid-1970's master plan, they showed how several areas on the 425-acre campus had been identified as areas for possible development.

As part of a multi-pronged advocacy campaign, The Cultural Landscape Foundation is collecting letters of concern about the proposed development from landscape architects, architects, historians, scholars, and others. These are now live on a microsite within the Foundation's website. 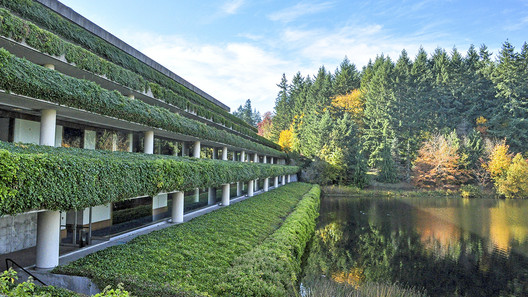