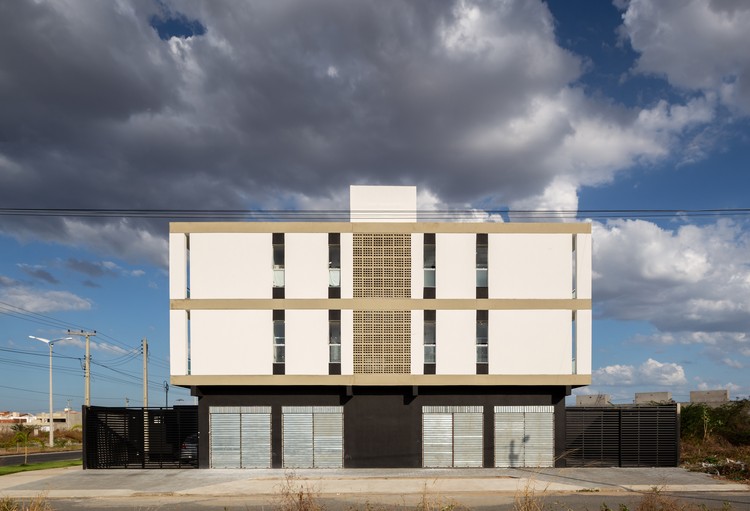 Text description provided by the architects. The initial demand was the construction of a set of single-family terraced houses in an allotment in the expansion area of ​​the city of Sobral, located in the semi-arid region of Ceará. When analyzing the 25 lots of the project, it was noticed that its diversity - 11 lots of 175.00 m2, 13 lots of 210 m2 and 01 lot of 275.00 m2 - allowed for variation in the solutions. The proposal resulted in two projects: the MBV2 Houses and the MBV2 Mixed Building.

The MBV2 Houses dealt with two distinct areas: private, referring to the solution of the residence itself, and public, since the complex acquires an urban complex scale.

On the first, two sizes of units were proposed, with two and three bedrooms (87.50 m2 and 104.00 m2, respectively). Based on the possible volume of construction, a series of extraction operations were carried out to create the internal spaces, as can be seen in the recessed doors and windows, and through the creation of internal patios, individualized for each room in the house, which take advantage of the side recesses, in addition to having pergolas that filter the light, mark the passage of time even without seeing the exterior, and still guarantee the security of the interior. These strategies work both to expand the internal spaces, which have a more restricted area due to the measurements of the lot, as well as for better climatic performance, allowing cross ventilation and indirect lighting, appropriate to the local climate.

Regarding the urban aspect, since it was a series of houses, it was thought to create diversity and permeability on the fronts - perceptible in the designs of sidewalks, walls and railings - in order to create an interesting urbanity to the whole and its surroundings. In addition, the perception of the whole and the typology of the terraced house happens through the sharing of patios and water tanks, in the latter, including concentrating the installations to each two units.

The MBV2 Mixed Building emerged from the perception that on the corner lot, of larger dimensions, it would be possible to insert a small building instead of another single-family residence unit, enhancing the financial return of the development. It was proposed 04 commercial units on the ground floor and two floors with two residential units. The internal arrangement is organized around the centralized vertical circulation, from which the position is reversed between the fronts of commercial and residential uses, with the stores facing the largest front and the units facing the smallest, mirrored by the vertical axis and made compatible by a squared concrete structure. The openings in the largest façades are narrow and punctual, in order to protect the interior from excessive sunlight, in addition to the presence of cobogós in the common circulation areas.

The building is part of the constructed set of the MBV2 Houses, complementing them functionally through the diversity of uses, making the area more dynamic and creating an active front with commercial use, but also standing out formally, with the darker ground floor, acting as a negative pattern created by the fronts of the houses, which is reinforced by the presence of the beams that intensify their verticalization and overlapping of units, in contrast to the horizontality of the set of houses. 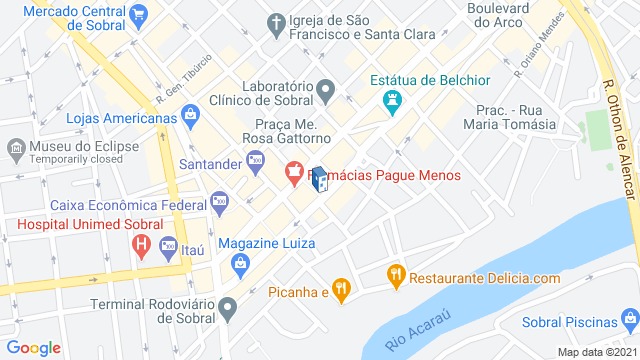