Save
From Ancient Rome to Contemporary Singapore: The Evolution of Conservatories
Share
Or
Copy

According to Pliny, Roman Emperor Tiberius’s doctors instructed their charge to consume a fruit of the Cucurbits family each day. To grow these melon and cucumber fruits year-round on his home island of Capri, Tiberius directed construction of specularia: “[He] had raised beds made in frames upon wheels, by means of which the Cucumis were moved and exposed to the full heat of the sun; while, in winter, they were withdrawn, and placed under the protection of frames glazed with mirror-stone.”

Thus begins The Conservatory: Gardens Under Glass. Illustrating their text with stunning photography, the authors Alan Stein and Nancy Virts, co-founders of Maryland’s Tanglewood Conservatories, survey the evolution of the conservatory in Europe, North America, and, ultimately, the world. The conservatory, an outgrowth of global trade, imperialism, and innovation, embodies a historical leap in the conjoining of architecture and landscape architecture—the extension of the growing season by manipulating the outputs of the sun.

After specularia, the next great innovation in overwintering plants didn’t occur until the arrival of oranges to Europe in the late fifteenth century. Wood and stone structures called orangeries protected the citrus from cold temperatures. At first merely functional, these buildings grew increasingly extravagant, achieving maximal opulence in the seventeenth century at Louis XIV’s Versailles. There, the orangery, 492 feet long and 42 feet high with double windows and thick walls, warmed over 1,000 orange trees.

And yet, an “ordinary stone-and-glass orangery” was not suitable for Hugh Percy, the third duke of Northumberland, who needed a structure for his collection of exotic plants—“the floral dividend of Great Britain’s expanding global empire.”

Lucky for him, the industrial advances of the nineteenth century were taking hold: new fabrication methods for glass and metal made them ubiquitous and affordable, and standardization increased speed and affordability of construction. With all that at hand, in 1827 Charles Fowler designed the Great Conservatory for Percy’s Syon Park in England, a structure of iron webbing connected by countless panes of glass: the first conservatory.

With material innovation came a shift in intention. Instead of gardens of pleasure for the wealthy, conservatories also became research centers to study the medicinal and industrial value of the plants they housed. The Palm House (1848) at the Royal Botanic Gardens, Kew in England particularly embodied this transition. Not only did the conservatory present the first structural use of wrought iron at such a large scale, but it was also free for the public to enter. Kew’s research center served as model for conservatories around the world.

If the Palm House marked a turning point in the use of wrought iron, the Crystal Palace designed by Joseph Paxton did the same for glass. Constructed as the Exposition Hall for the Great Exhibition of 1851, the “revolutionary modular structure” occupied nineteen acres and reached a height of 168 feet—and was built, in fact, around several elm trees on site. The immense amount of glass was enabled by the production of large panes, and machine fabrication allowed uniformity, affordability, and rapid installation. After the international Great Exhibition hosted over 14,000 exhibitors and 6 million visitors, a flurry of conservatory construction swept the world. The Crystal Palace’s light, open space, and facility of construction subsequently informed architecture of all kinds, and the relationship between buildings and the outdoors.

In the latter half of the nineteenth century, conservatories at the scale of the Crystal Palace emerged across Europe, growing increasingly elaborate in form and detail. Serving as “a way for the wealthy to preen and for universities to pursue research,” they seemingly offered an acceptable display of affluence. British conservatory design influence emerged from the Chateau Lednice Conservatory in the Czech Republic (1845), the Palm House conservatory (1880) at the Schönbrunn Palace in Vienna, as well as further south in Madrid and Milan.

North Americans, too, replicated the British conservatory model. They didn’t have an empire, but they had their own brand of colonialism, and, “like the Europeans, Americans needed places to conserve and study what had been found.” New York built its own Crystal Palace (1853); San Francisco erected its Conservatory of Flowers (1879); and Pittsburgh, the Phipps Conservatory (1893). Conservatories became integrated with the City Beautiful movement, whose romanticized parks often included glasshouses, like those in Baltimore and Chicago.

The authors do not eschew the problematic imperial stimulus behind conservatories. And they importantly note that, in the days of orangeries, the primary difference between European and American versions was their work force: American orangeries were built and maintained by enslaved people. Yet this volume begs more such admissions and revelations. As Kofi Boone, FASLA, writes: “what if landscape architecture were described with some acknowledgement of the dynamics of race, class, gender, and power?” Baltimore’s Druid Hill Park, in which sat the Peters Rawlings Conservatory (1888), mandated recreational segregated facilities for Black and white individuals until the 1950s. What bearing did this racial division have on visitors to the conservatory?

The history of conservatories also prompts inquiry into their present-day purposes as we struggle to chart new habits beyond our imperial and colonial pasts. Most historic structures have rightly dedicated themselves to education and research, and, along with newly constructed ones, have become leaders in environmental efforts and stewards of biodiversity. Kew, for instance, has played a critical role in protecting Taxus wallichinana, a Nepalese plant from which an anti-cancer drug derives. Though, these initiatives too can be seen as a contemporary embodiment of the same problematic worldview that birthed the structures: a worldview that collects, “protects,” controls, and systematizes the exotic Other.

The modern structures, like their antecedents, exemplify technological advance and trends. Kew’s Princess of Wales Conservatory (1989), also a modern research institution, was recognized for its energy conservation. The two conservatories at Parc André Citroën (1992) in Paris stand upright through tension cables that underpin skins of glass. Amazon’s Spheres (2018) at its corporate headquarters in Seattle bring nature to its employees so they may “think more collaboratively and creatively” (there are certainly much more cynical interpretations).

And yet, what if a modern conservatory were rooted in and respectful of place and culture, rather than exploitative of them? One of the book’s few glasshouses from the Southern Hemisphere, Singapore’s Gardens by the Bay (2012), offers an example in part. Climate change takes center stage at its Cloud Forest, where the visitor ascends the 135-foot thickly vegetated Cloud Mountain. The path winds through different sections, among them “Lost World, “Earth Check,” and “+5 Degrees,” each revealing calamitous effects of a changing climate on plants.

The anthropological alterations of the planet may have themselves altered the gesture of the conservatory. Our longstanding obsession to cultivate plants divorced from site — of a piece with the driving forces of the climate crisis — has turned out to be a preemptive salve: the modern conservatory has germ in the earth that was.

Indeed, from the current vantage point, a visit to a conservatory does seem of the past. In the Covid-19 era, who would elect an indoor nature over that outdoors? But this moment will likely pass, and The Conservatory makes a persuasive argument for the role of conservatories in our contemporary world. The authors’ passion for the structures, and their admiration for the assiduity required to erect and tend them, similarly convinces the reader of their magic. 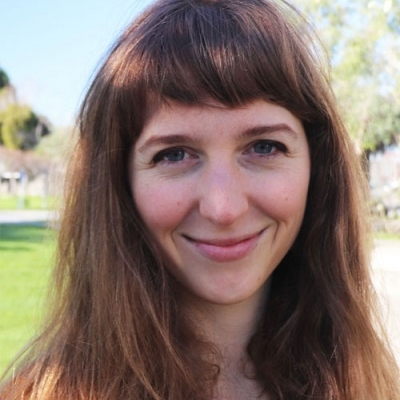 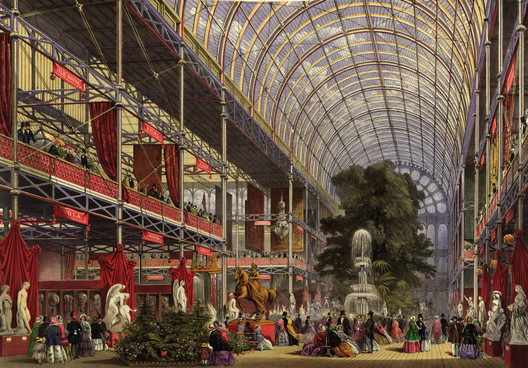