Design collective Mutual Atelier has won the competition to create a new Central Square in Rahovec, Kosovo. One of numerous proposals that explored new solutions to the square, the design was selected for its elegant formal solution and careful consideration of Rahevec’s city center. The scheme's circular form was made to provide a memorable identity for Rohevec’s city center and encourage public life to thrive. 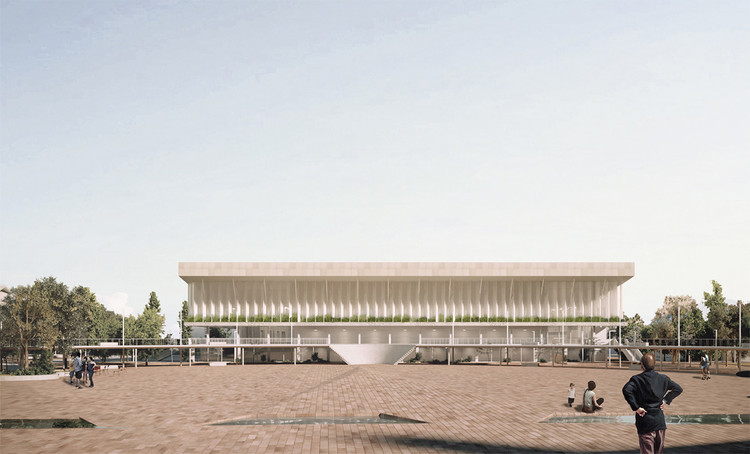 Organized by the Municipality of Rahovec and implemented with the technical support of UN-Habitat, the competition aimed to generate ideas and discussions about the future of the city center. The project by Mutual Atelier builds on the opportunity offered by the relocation of the football stadium to convert the central area of Rahovec into a constellation of well-articulated public spaces. At its center is a large, circular clearing, a wide multi-functional plaza that can accommodate large events while also providing space for daily life.

As the organizers state, "our aim with this approach is to encourage and empower the citizens of Rahovec, their public administration and their political leaders to continue debate on the merits of the different themes and approaches." They go on to note that while none of the proposals are considered a ready-made solution, each of them contains concepts, principles or design proposals that merit more detailed analysis and a public debate.

The jury noted that the circular design of Mutual's proposal features a canopy that connects new and existing buildings, offers an elevated promenade, creates shade and rain protection when needed, secures the pedestrian character of the area and allows for a wide range of temporary uses. "The scheme’s comfort at both an urban scale of a shared grand room and at a human scale to be meandering under the trees was a natural transition and empathetic to the spatial needs for international festivals and daily needs of moving through the porosity of the site."

Find out about the other winners and honorable mentions here.

News via Municipality of Rahovec and UN-Habitat 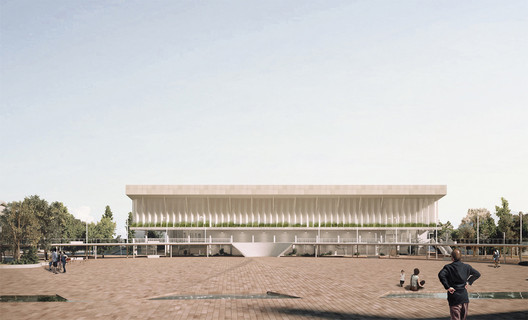