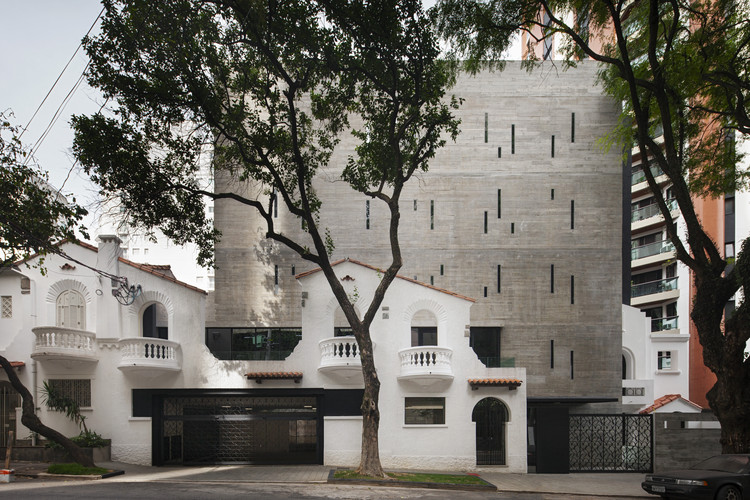 Text description provided by the architects. On João Moura Street, one of the most important Pinheiros roads, in the west of São Paulo, a new commercial enterprise stands out for reconciling the preservation of the local architectural heritage with a new commercial building.

Designed by Kruchin Arquitetura, Edith Blumenthal Building maintains the front of a set of houses, preserving the traditional image of the street and the scale of the pedestrian from the maintenance of the facades and balconies. The frontal planes were also preserved voluntarily, without incident overturning. At the same time, it serves the scale of the city in an increasingly denser neighborhood, and the needs of a more technological society by having elevators and parking spaces for electric vehicles.

“The project was careful to contextualize the surroundings. Next to the new construction there is a village from the beginning of the century, which is why we seek to maintain the features of the old city while meeting the needs of the contemporary city ”, says Samuel Kruchin, the office's architect and responsible for restoration projects the Palace of Justice and others that combine historic and new buildings, such as the mixed-use complex Plaza Pamplona.

The generosity and care of the building with its surroundings are also in the accesses and common areas, with a garden at the front and a space for green in the background, and in the windshields designed especially for the project as a kind of lace, associating it symbolically to a Brazilian knowledge. For the building's public there is a large terrace that allows the creation of a solarium, in a very wide living area.

Finally, all of the building's plans face open areas, and the prestressed slabs allow for a very versatile layout, reinforcing that it is not a confined building. 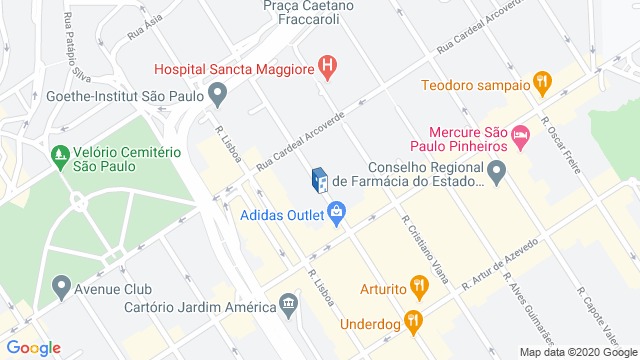