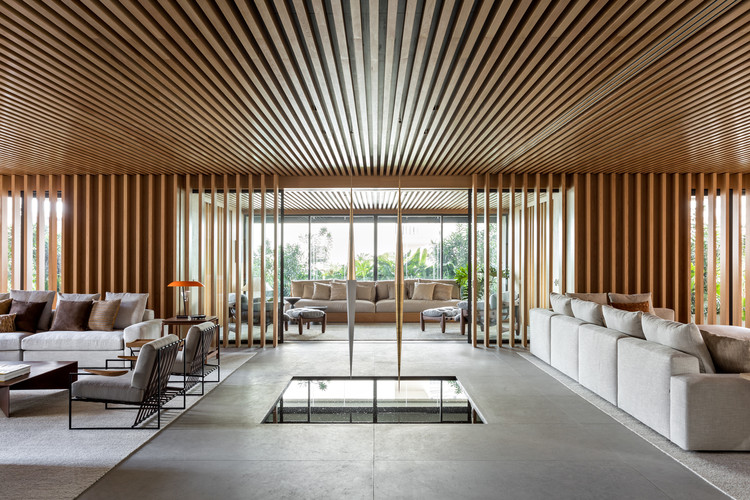 Text description provided by the architects. For this 800m² apartment located in São Paulo, we brought our experience in residential projects to a pre-defined space. We wanted to bring the same atmosphere found in houses to the apartment: large, but cozy; comfortable and family-oriented.

Living, dining and home theater rooms, originally separated by porticos, gain in breadth through the continuity of the European oak slatted ceiling and Limestone Baiteg Blue flooring. This finishing goes beyond the limits of the social areas and can be seen in the kitchen, intimate circulation areas, suites and the master bath.

The independence of the use of these environments is guaranteed by the large panels that are hidden when opened. Another reference that we use frequently in projects and brought to this apartment are the "brises," moveable vertical elements that are fitted on the verandah and into window frames.  Perfectly aligned with the ceiling slats, they filter out incoming light while assuring visual privacy from neighboring buildings - which are quite close.

Similarly, large planters featuring lush tropical vegetation occupy all balconies and add an extra layer between the interior and exterior of the apartment.

As one enters the apartment through a large gallery, two symmetrically arranged volumes are visible - toilet and wine-cellar, lined with white lacquer panels that serve as a backdrop for the clients' artwork and furniture signed by Oscar Niemeyer. In addition, at the end of this gallery, in the heart of the social area, a reflecting pool rematerializes Arthur Lescher's sculptures.

With respect to furniture, we specially developed the Papir line of center and side tables for this project: Introduced as the office's first signature furniture collection. Taking the forms, language and the philosophy of its architecture to furniture. Similar to the lightness of paper, from which the name of the collection is derived. P A P I R means paper in Danish.

Last but not least, is the intimate area, consisting of en suites for the couple's daughters and guests, the office and the couple's master suite, with the same finishing as the social area, but with a warmer European oak floor, ensuring even sophistication for the circulation area, often relegated to the background. 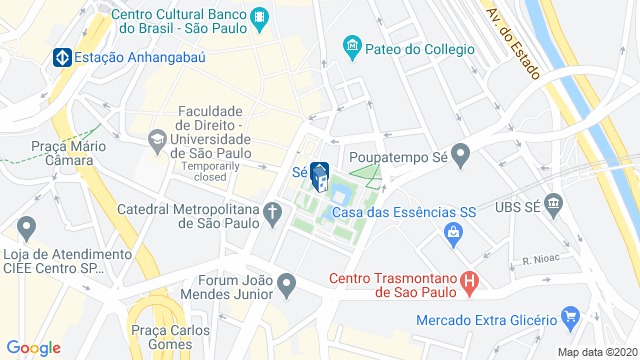