ZJA Architects has designed a project for an underwater museum around a ship previously beached in the English town of Hastings. The proposal would see the shipwreck preserved and moved to the city of Amsterdam, its namesake, within a fully enclosed dock with transparent windows. The proposal would allow researchers to investigate the wreck, and at the same time, the public could experience the ship and treasures within. 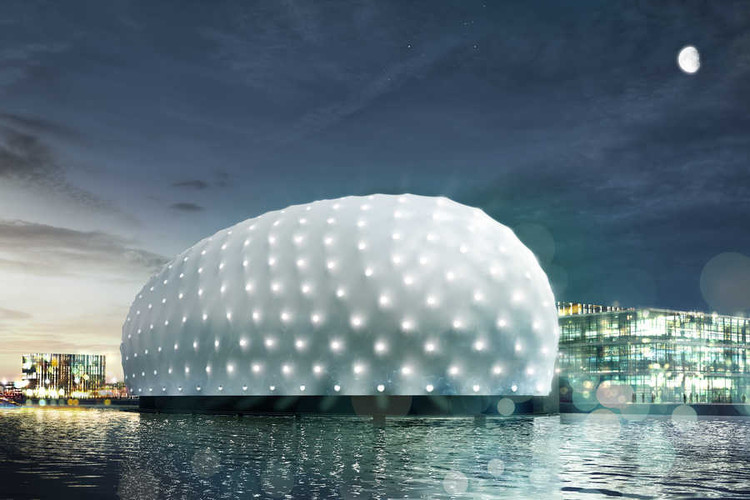 As ZJA outlines, on a stormy night in 1749, the Dutch East India Company ship the Amsterdam could no longer be steered. As a last resort, the captain sought shelter close to the coast and beached the Amsterdam on the shoreline. All 330 sailors, carpenters, soldiers, officers and passengers reached the shore unharmed, but in the following months the ship was enveloped by seven meters of sand. The Amsterdam is the best-preserved ship of the Dutch East India Company; as the design team explains, understanding and preserving the content of the Amsterdam will bring to light hundreds of connections and objects from 18th century Amsterdam.

"The Amsterdam is a treasure chamber that shows us how financial resources, information and technology, cultures, politics and violence, trade and globalization, innovation and exploitation merge." Commissioned by the VOC Ship Amsterdam Foundation and led by Amsterdam city archeologist Jerzy Gawronski, Deloitte, Mammoet, and VEKA Shipyards, the design team at ZJA devised a plan to enclose the wreck and bring it to Amsterdam. A specially designed salvage dock will lift the wreck, water and all, and sail it to Amsterdam. When moored, a canopy would be added to allow the dock to be used as research facility and a venue for visitors.