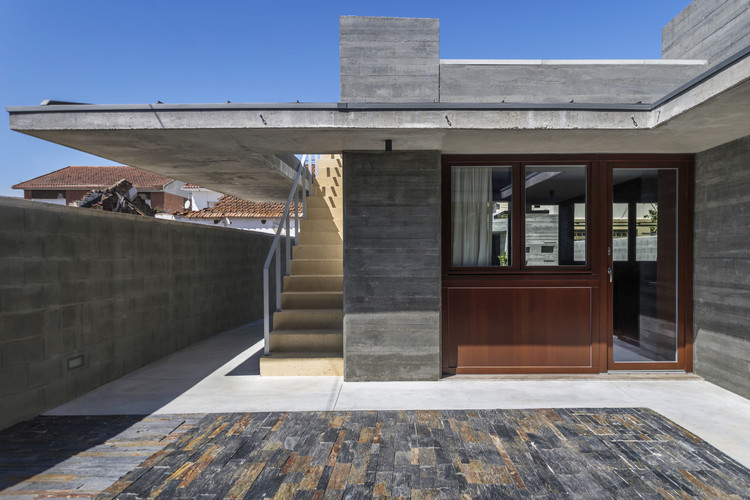 Text description provided by the architects. The project started from a small two storey building located at the end of a narrow and deep lot, integrated in an uncharacterized urban area of the city. It was from this context that the spatial organization of the house was developed, being defined by 3 concrete volumes strategically positioned from the existing volumetry, creating a patio and taking advantage of the interiority resulting from this disposition. These volumes, which concentrate all the support areas of the house, define, among themselves, the main living areas of the house.

The sequence of spaces organized around the patio follows an increasing gradation of the relation between inner and outer space, depending on the transition amid the private and social spaces of the house. This “filter” is based on a modular design of the wooden frames that connects the concrete volumes configuring the image of the house.

A fourth volume is positioned at the opposite end of the lot, relating directly to the street and configuring a vegetable garden to the interior, which makes the transition between the entrance / garage / workshop and the permanent living area. 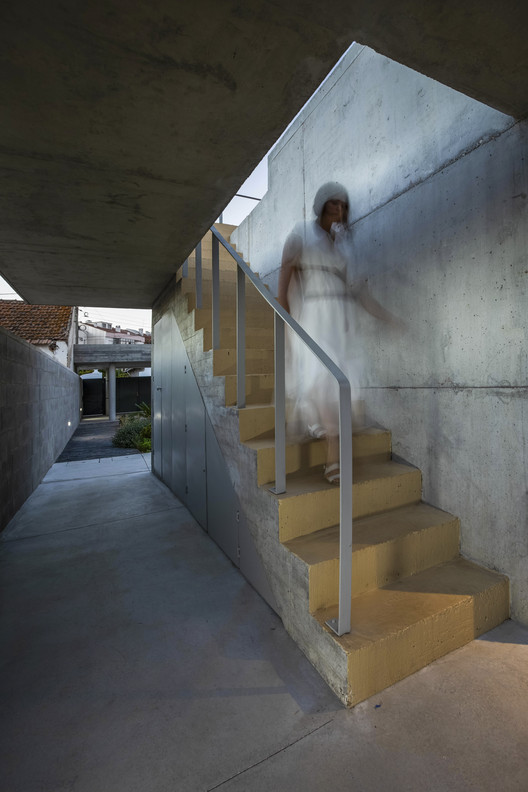