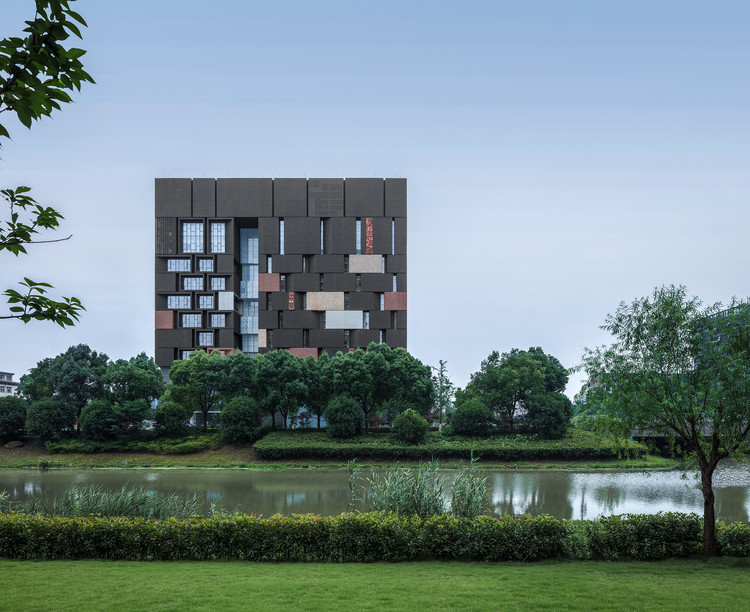 Text description provided by the architects. City is composed by buildings, and buildings are constructed from different building blocks, which have special space and material attributes; hence, the history of city construction can be understood as history of fortification, and Ningbo Urban Development Archives is a collector of this history of fortification indeed. Base on the understanding of the city construction, we superimpose the two properties of “space” and “material” to support the concept of “masonry”.

The object of masonry should first be the space itself, that is, taking the space as a block. This requires the deconstruction, classification and reorganization of the functional space of the archive building; and further externalizing its public, or private, or open, or closed attributes to form different sizes and virtual or real “space blocks”. Then build them orderly in the right place.

We hope that the history of fortification can be read intuitively on this building. Thus, we selected materials that can best represent contemporary urban construction activities: concrete, stone, bricks, glass, metal plates, etc.; they are randomly attached to the surface of the "block" to form a certain sense of disorder and chaos; and truly illustrate current state of the city.

We are inspired by the ancient inscription bricks collected by Tianyi Pavilion and embossed the administrative names of Ningbo in various periods of history into seal scripts and then imprinted to the "blocks" to form an obscure but readable pattern system.

In addition, in order to increase the texture of the glass blocks and create a hazy interior light and shadow effect, we used words and paragraphs about urban construction in "Kaogongji" and garden construction in "Yuanye" to be mirrored and printed with type composition on two glass curtain walls on the ground floor and float in the space. Thus, the glass material becomes a texture that can be interpreted, suggesting the function and cultural attributes of the building.

In order to realize "masonry" in its structure, we cut the concrete structure of the entire building modularly. The structural components of more than three floors, including beams, floors, columns, stairs, etc., are all prefabricated construction. The concrete components were prefabricated and cured in the factory in advance with only relatively simple cast-in-situ on site. The accuracy of construction is improved and construction lead time greatly shortened. Therefore, this project has become a major breakthrough in the field of public building construction technology in Ningbo. 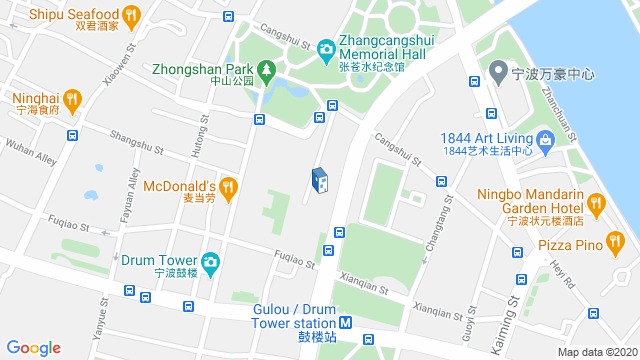 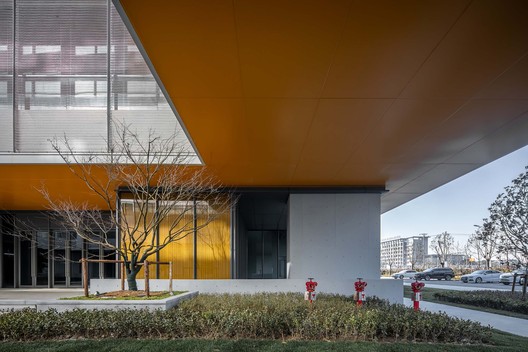 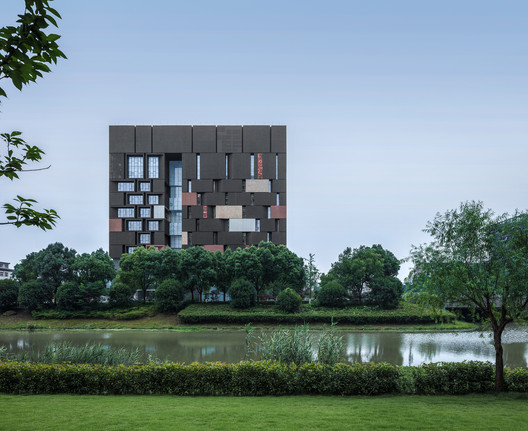