In June 1954, an article published in House & Home magazine read, “The Japanese had some of our best ideas—300 years ago.” The piece highlighted three main attributes of Kyoto’s Katsura Imperial Villa, built in the 1620s: the open post-and-beam plan, the use of verandas for climate control, and its modularity based on tatami mats and shoji screens.

The article coincided with the opening of the Japanese Exhibition House at the Museum of Modern Art (MoMA) in New York City. On the recommendation of architect Antonin Raymond, the artist Isamu Noguchi, and others, the museum’s architecture and design curator, Arthur Drexler, commissioned Japanese architect Junzō Yoshimura to design the house as part of the museum’s House in the Garden series. Yoshimura was inspired by a 17th-century temple home near Kyoto named Kojo-in. He designed and built the house in Nagoya and then shipped it in 636 crates, to be installed in the museum’s garden, where it received thousands of visitors daily over a period of ten months. Shofuso (Pine Breeze Villa), as Yoshimura named it, was subsequently moved in 1958 to West Fairmount Park in Philadelphia, where it remains today.

Sixty-two years later, and after several months of lockdown, Shofuso has reopened with an exhibition that revisits the historical-cultural exchange between Western modernism and Japanese traditional craft and architecture. Shofuso and Modernism: The Architecture and Design of George Nakashima, Antonin and Noémi Raymond, and Junzō Yoshimura honors the close friendship and community-based collaboration between Yoshimura, architect and woodworker George Nakashima, architect Antonin Raymond, and interior designer and graphic artist Noémi Pernessin Raymond.

Why Don’t We Teach Chinese Architecture in the United States?

The exhibition was co-curated by William Whitaker and Yuka Yokoyama. Whitaker is the curator and manager of the architectural archives at the University of Pennsylvania and has worked with the Raymonds and the Nakashima family for many decades. Whitaker’s 2006 book and exhibition Crafting a Modern World: the Architecture and Design of Antonin and Noémi Raymond highlighted the designers’ longtime connection with Japan and Japanese architects and craftspeople from 1917 through 1966. Yokoyama boosted her knowledge of the history of ancient and contemporary Japanese craft by working for hands-on industrial designer Sori Yanagi, a pioneer in modernist Japanese design and the son of Sōetsu Yanagi, founder of the Mingei movement in Japan.

Shofuso is considered an Utsushi, which Yokoyama described as “an homage to spirited inspiration.” In Shofuso and Modernism, Utsushis are present everywhere, from the building itself to an ikebana arrangement resembling one at the 1954 MoMA installation to the newly commissioned photography by Elizabeth Felicella. Felicella’s photographs, presented through a retro slide projector alongside archival photography by Ezra Stoller, show the current working life of the Raymond Farm and the Nakashima Studio.

Shofuso was always intended to be an exhibition house and not inhabited. Nonetheless, this show has enlivened it with a careful selection of furniture, art, and textiles. “Bringing these pieces into Shofuso’s 15-mat room seemed a natural extension of the shared experiences of the Raymonds, Yoshimura, and Nakashima,” Whitaker said. A 1933 Noémi-designed chair with grass rattan covering made for the Akeboshi Tetsuma House in Tokyo is placed next to a standing lamp from the 1950s with a handmade mulberry paper shade, along with a rug bearing a graphic abstraction of a lotus field circa 1935, also by Noémi. Alongside the house’s shoin (a built-in desk) by Yoshimura hangs Noémi’s award-winning textile Strips, Trunks, Trees, Dots from the late 1930s. It was originally exhibited with two of her other fabrics at the 1941 MoMA show Organic Design in Home Furnishings, albeit under her husband’s name.

The connection between the Raymonds and their protégés Nakashima and Yoshimura goes back almost 100 years. In 1934, a young George Nakashima from Spokane, Washington, having trained as an architect at the University of Washington, Massachusetts Institute of Technology, and Fontainebleau, joined the architecture office of Antonin Raymond, who, together with Noémi, had established a practice in Tokyo in 1921 after working with Frank Lloyd Wright on the Imperial Hotel. Nakashima would soon learn through the Raymonds’ work and writings how vernacular and modern elements could sensibly be joined. “The Raymonds evolved an approach over 18 years of working in Japan that addressed the complexity of the cultural context, connected with Japan’s deep craft and making traditions—all the while maintaining a connection to modernism’s interest in universal solutions,” Whitaker said. An exceptional example is their summer studio in Karuizawa, Japan, built in 1933. Its design drew inspiration from Le Corbusier’s Maison Errázuriz in Chile, an unbuilt project from 1930, but merged details particular to Japanese traditional cottages, such as awnings and organic fiber blinds, with modern concrete constructions, such as cantilevered platforms.

Yoshimura, classically trained in Japanese culture and traditions in Tokyo, had joined the Raymonds as a student in 1928 and later as a full-time architectural designer in 1931. Nakashima learned from Yoshimura the sophisticated nature of Japanese architecture as they traveled together through Nara, Hakone, and Ine. Nakashima reminisced in his 1981 autobiography Soul of a Tree, “[Yoshimura] knew so well the elegance and power of simplicity, the beauty of proper materials in building, where the error of a fraction of an inch can make the design fail absolutely. He knew these things well in both the time-honored Japanese design and in the free, modern concepts, and he passed them on to me.”

Nakashima was exposed to the craftwork of rural families in one of his first projects with the Raymonds, St. Paul’s Church, finished in Karuizawa in 1935. Traditional Japanese carpenters (or daiku) “made use of as much of a tree as possible,” Whitaker explained. “Larger sections [were used] for structural elements, secondary structural elements [were made] from midsize elements, and narrow diameters were used for the legs of furniture—all from the same tree. Even bark had a place in certain projects.”

In 1938, Nakashima volunteered to work on the first reinforced concrete building in India, a dormitory for the Sri Aurobindo Ashram in Pondicherry that had been commissioned to the Raymond office. “Noémi maintained strong and deep interests in the spiritual basis of work,” Whitaker said. “Her connections to theosophy and other perspectives that explored the universality of human experience led her to an early interest in Aurobindo in the mid-1920s.” Nakashima was also driven toward this mystical approach and embedded it in his life and work. “To my mind, this is where George’s work as a woodworker begins—beginning out of the wellspring of spiritual devotion,” Whitaker asserted.

The Raymonds eventually moved their practice to the United States and in 1939 settled on an 18th-century farm of Quaker origin in New Hope, Pennsylvania (currently run by their granddaughter Charlotte). Yoshimura joined them for a year until war hostilities steered him back to Japan. Ironically, this was when Nakashima made the reverse move and decided to settle back in Seattle, where he began his woodworking practice. Shortly after, Nakashima and his family faced dehumanizing hatred of their Japanese ancestry and were forced to undergo imprisonment at the Minidoka concentration camp in Idaho. “Guards were ordered to shoot whoever got close to the fence,” Mira Nakashima, George’s daughter, recalled. George’s learning from skilled carpenters in Karuizawa and his karma yoga, hands-on work in the ashram at Pondicherry would prove fortuitous for this time. At Minidoka, Nakashima met Gentaro Hikogawa, a daiku from whom he learned woodworking. Such an opportunity would have been unthinkable within the stratified society in Japan.

In the exhibit at Shofuso, a contorted bitterbrush sculpture by Nakashima mounted on a cedar base sits atop a low table. “Nakashima’s use of bitterbrush has always fascinated me,” Whitaker said. “Something so humble as gathering wood in the midst of the Idaho desert, at a time of great personal distress and the inhumanity of war, cleaning it up to reveal the beauty and complexity of its growth over time—and to find a way to allow people to touch that, in an everyday way—seems magical to me.”

Thanks to Noémi’s persistent requests, Nakashima was released from the camp with his wife, Marion, and his daughter Mira (leaving his parents and siblings behind) to the Raymonds’ New Hope farm in May 1943 on the condition that he not practice architecture. The Milk House table that supports the bitterbrush sculpture in the exhibition is a prototype Nakashima built in a small building on the farm that he adapted as his workshop. Some of his earliest 1940s pieces in the show, like the Straight Chair prototype, the Windsor-like Arm Chair, and the Grass-Seated Chair he designed for MoMA director René d’Harnoncourt, have “a heaviness and an earthbound quality that a lot of furniture did not have in the 1940s,” design historian Derek Ostergard said in a recently premiered documentary directed by John Terry Nakashima.

The legacy of the Raymonds, the Nakashimas, and Yoshimura is genuine and palpable through this insightful show—a coming together of friends and longtime art and design enthusiasts. An original film accompanying the show produced by Greenhouse Media and directed by Philadelphia-based artists Nadia Hironaka and Matthew Suib debuted on October 9 and gives even more information about the show’s participants. 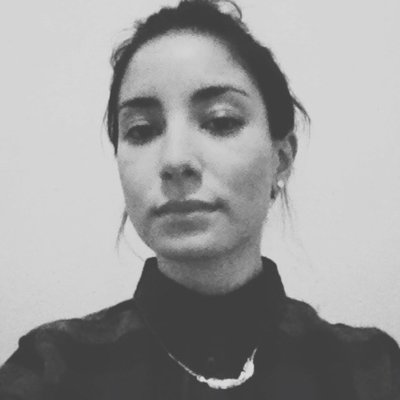 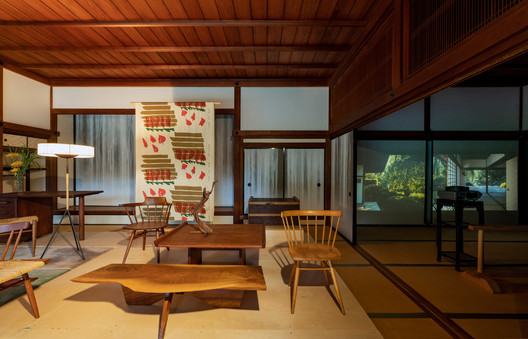