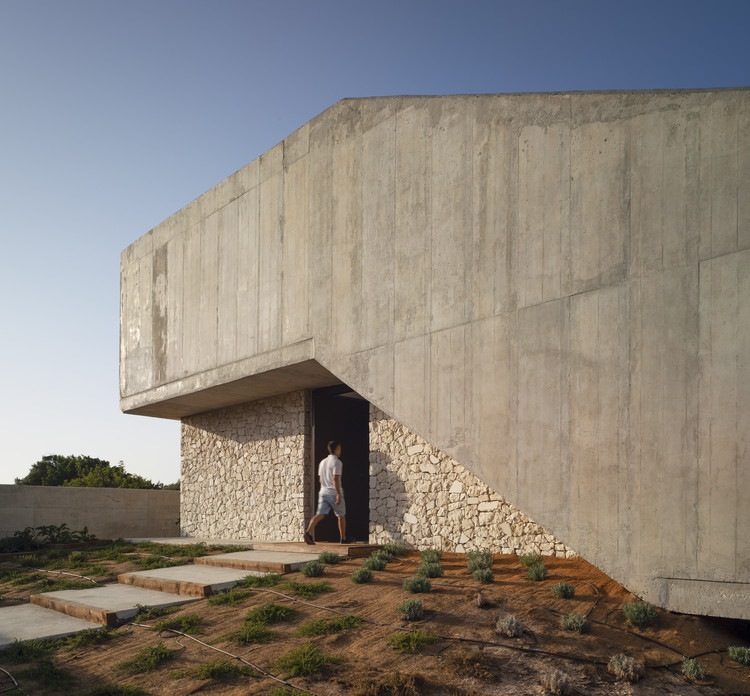 Text description provided by the architects. The plot’s location, on the San Juan beach in Alicante, was the launching pad for this project. It is situated within a development area in which unhindered views can be enjoyed over the open space that forms the golf course.

Through its “U” shaped layout, we sought to enclose the space to the outside, isolating it from the neighbouring buildings, opening northwards, where the dweller will socialise, and from where the main views can be seen. It is there where the house becomes permeable, without losing sight of much sought after cosy spaces.

The property is located with the aim of utilising the inherent unevenness of the plot, subtly using the terrain itself for support, thus endowing it with a unique presence.

The inner level absorbs a major part of the project, the public spaces are arranged into a sole stanza that forms an “L” shape, allowing for intimacy in the bedrooms though without losing the connection between them. The rest areas are finished with a “U” shaped layout and continue onto the upper floor.

Concrete and masonry work take centre stage in the property. The overbearing, opaque and rigid appearance noted from the outside becomes light and fluid within the private areas, thus converging as a concrete laminate that creates the spaces that frame the large glazed windows.