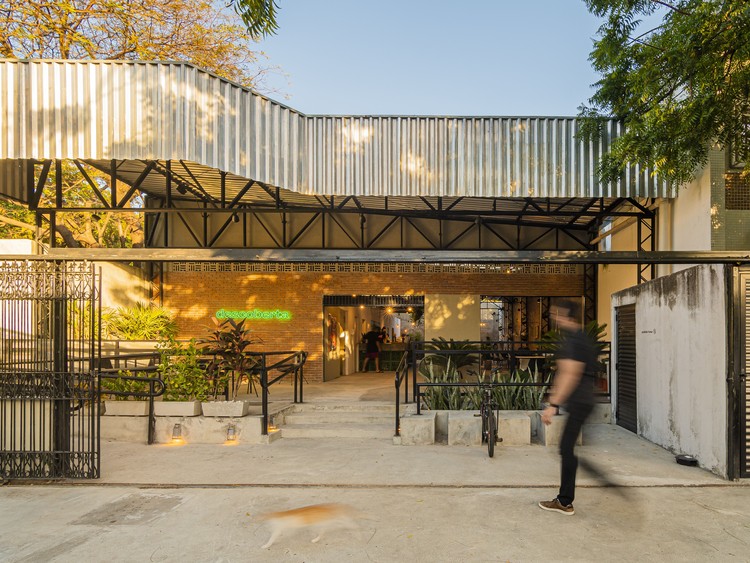 Text description provided by the architects. Descoberta is a contemporary café, designed to foster the encounter, occupying a warehouse in the historic Benfica district, in Fortaleza, Ceará. As its name says, the space was a "discovery". It is at the end of a cul-de-sac, next to the Federal University campus. The building already had a history, it was a printing shop, a parking lot, a warehouse, and we decided to adopt the principle of maintaining all the previously existing structure and working on the large covered open space.

The project was born under the concept of transforming the arid building, completely closed and without ventilation, into a pleasant and cozy space. Our job was to open the building and integrate it with the street. We removed part of the roof to capture more natural light and generate more air circulation and appropriated the width and the right foot of the shed to create a facade capable of embracing people from the first visual contact with the coffee. The key point of the interior design was the central counter. It connects with the entire service room, allowing the team to always be attentive to customers. The “U” shaped counter was designed to be executed on the spot. The workbench rests on structural masonry and hollow elements, which in addition to having an aesthetic appeal, maintains air permeability for those who are working.

In order to use natural materials, the entire industrial floor was restored and leveled. From the entrance to the bottom of the shed, a strip of hydraulic tile was designed to delimit the production and service space, ensuring that the entire front of the counter remains free for circulation. In addition, on the walls, local and artisanal finishes were used. Finally, we can say that Descoberta Café is the surprise at the end of the street, a space that integrates and contributes to the scenario of those who may be just passing by and sitting on the sidewalk, on a bench designed to also be a bicycle rack, or for who came to enter and drink their coffee in a space that is both spacious and cozy, surrounded by plants and delicacy. 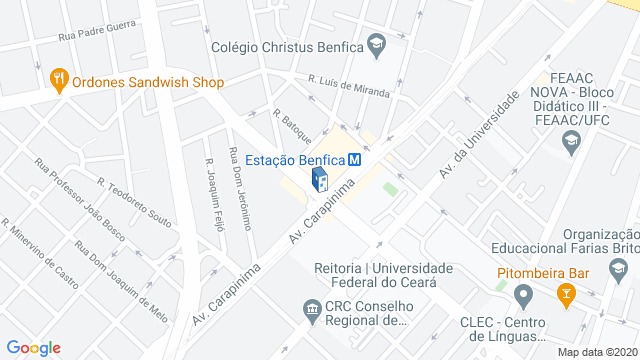