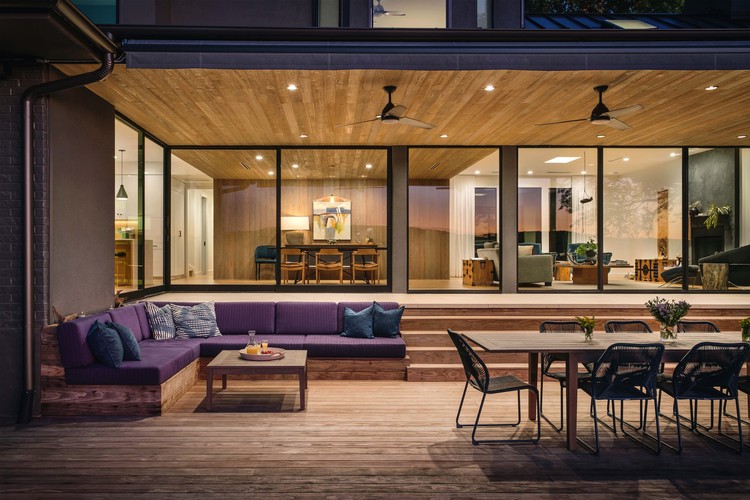 Text description provided by the architects. The existing home was a brick and stucco two-story residence and was wrapped in heavy masonry porches on both the front and rear of the residence which faces the view. The interiors of the home, which had undergone a few interior renovations since being built, were somewhat jumbled with a series of disconnected living spaces and perhaps most importantly little to no positive connection to the amazing views beyond the property. Windows to the lake view were sparse and further separated from the outdoors by the heavy masonry colonnades to each side of the home.

The clients wanted to improve the flow of the house and unify the interior and exterior spaces around the rear terrace/pool and the views beyond. As clients, they both brought a modern sensibility. He with his sensibility informed by his heritage as a Japanese American and She with a keen sense for modern design and interiors.

The main level would be completely reconfigured, and a secondary living room was to be added on the second floor for their kids. Clark Richardson Architects faced two primary challenges, the existing kitchen was located on the front of the house and not well integrated into the other spaces and the existing second floor had a series of load-bearing walls coming down across the first-floor living spaces which partitioned them into separate spaces with little flow.

Clark Richardson’s first task was to relocate the kitchen to a prominent corner position in the floor plan. This allowed it to act as a nexus in the living spaces. By introducing steel beams into the existing ceiling – the second-floor bearing points were able to be under-supported and redistributed to the exterior walls. These two design moves allowed for the creation of a singular living space fronting the view with an open plan kitchen and a more private media room where views were not needed. From the front door, visitors enter into the sitting room with direct views to the hills beyond.

The sitting area flows into the dining room with a prominent wood design element extending from the floor to the ceiling featuring custom wire brushed and stained cypress wood. This detailing allows for the open space to have clearly defined functional divisions within a modern open plan. The wood soffit then extends from the dining area out to the rear terrace through a now transparent rear wall of the house. The rear terrace was completely reconstruction to minimize structural interruptions impeding the view and covered for year-round use. In addition, it stepped down from the main residence so outdoor seating areas would be dropped down in elevation – again to keep them clear of the view from the interior.

The new kitchen occupies the inside corner and is punctuated by a double corner slider which allows the dining, kitchen, and adjacent breakfast area to open directly to the rear terrace. A large central island permits for gathering and the oven with its black plaster finished hood acts as a direct counterpoint to the plastered fireplace at the sitting room. Skylights bring light into the center of the deep floorplate during the middle of the day and help balance light from the exterior windows. The living spaces together act as the beating heart of the newly renovated residence. By making bold changes to the layout, removing structural obstructions, and opening up the rear of the house, both the interior and rear spaces have been combined into one expansive living space which flows to the rear terrace and amazing views beyond. 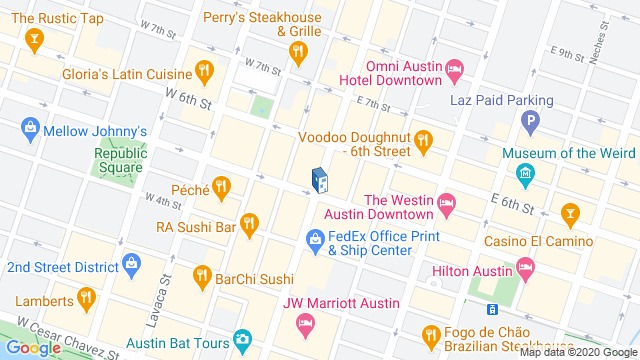