Save
Remnant Schools: Faculty Are Repurposing the Legacy of Jim Crow Across Louisiana
Share
Or
Copy

Throughout the south of the United States, hundreds of mid-century “equalization schools”—public schools built in the 1950s following Brown vs. Board of Education in a desperate effort to maintain segregated “separate but equal” schools in southern states—sit empty, abandoned, and crumbling.

Faculty at the Tulane School of Architecture, Laura Blokker, interim director and lecturer of preservation studies, and Andrew Liles, AIA adjunct assistant professor of architecture, were awarded the biennial Richard L. Blinder Award in August, given through the Trustees of the James Marston Fitch Charitable Foundation, to document equalization schools in Louisiana and provide innovative adaptive reuse strategies for the building type. A knee jerk reaction to this project is frequently, “Why should an effort be made to preserve buildings that were created for the express purpose of upholding segregation? Wouldn’t that honor the legacy of Jim Crow in the United States?” No, not exactly.

Sabine High School (SHS) in Many, Louisiana, is one such equalization school that alumni are fighting to preserve and revitalize. In 2019, Sandra Garner-Coleman, Connie Levo-Howard, Mae Mallard-Moore, Syporia Garner-Turner, Patsy Garner, and other alumni joined forces with the 12th District #3 Association, a collective of 17 churches in Sabine Parish who regained control of the SHS campus in 2002, to create the Sabine High School Revitalization Project. Founded in 1928 as an eight teacher Rosenwald school called Sabine Parish Training School, Sabine High School served students grades 1 through 12 and provided a holistic, community-based education for African American students until desegregation began in 1970.

“SHS was and is a significant part of my life. It was a major part of my foundation that has shaped my life to this day,” said alumna Mae Mallard-Moore. “The educators, cafeteria staff, custodians, and bus drivers made me feel included and special…it along with the church was the center of the African American community.” The dedication of educators like T.A. Maxie, Principal of Sabine High School, provided students with support, inspiration, and opportunities, despite the harsh realities of the segregation-era South.

While equalization schools are representative of a difficult history, Blokker affirms that this project is contingent on the desires of community stakeholders. “What is important is what [the school] represents to the community and its alumni,” said Blokker. “If alumni of these schools wanted them torn down and destroyed, then I would think that’s what should happen, even though I’m a preservationist… but it’s quite contrary to the feelings many alumni shared with me…. they were nurtured in the very close communities created by these schools… these were cherished places in the Black community and to see so many of these schools locked up and ignored is very painful to many alumni.”

Blokker has worked with many Louisiana equalization school alumni groups, such as John S. Dawson High School in St. Francisville, Arcadia Colored High School – later Crawford High School – in Arcadia, and Sabine High School in Many, to list their school buildings on the National Register of Historic Places. Even though Rosenwald Schools have inspired a great deal of historic preservation research and advocacy, their mid-century successors have nearly been forgotten. Blokker and Liles’ survey of equalization schools, coupled with the production of handbooks for preservation and new design, will be instrumental in reclaiming these buildings for their communities.

Syporia Garner-Turner was a student at Sabine High School during the construction of the new building. “I received my education in the Rosenwald building until my senior year. The new building was constructed between my junior and senior year. The spirit of excellence displayed by everybody, in every area, every day was transferred from the old building to the new one.” The mid-century Sabine High School buildings represented a tradition of excellence forged in spite of insurmountable obstacles.

Ultimately SHS building was converted into Many Junior High School, which remained open until 2001 when the building was abandoned and fell into disrepair. Unfortunately, the hostile environment during desegregation nearly erased the legacy of Sabine High School, as the school’s identity was entirely absorbed into Many High School. Only four SHS teachers were hired to assist students in the transition; the rest of the SHS faculty and staff had to search for employment elsewhere. “Every time I see the building, my heart bleeds,” said Garner-Turner. “It once was a stately building that was the pride of the community, is now a blighted, worn, broken structure.”

The abandonment of equalization schools by state and local governments displays a flagrant lack of recognition for the culture and communities that thrived in these schools. “The schools that served African American children in the State of Louisiana were abandoned and left in ruins. Laura and Andrews’ work will shine light on what actually happened during desegregation in 1970,” said Sandra Garner-Coleman, Chairperson for the Sabine High School Revitalization Project Exploratory Committee.

Community created the cultural importance of equalization schools, fostered the impetus for the preservation of these mid-century buildings and is central to the rehabilitation and revitalization case studies to be performed by Blokker and Liles. Through thoughtful documentation, research, and adaptive reuse the ethos of many African American equalization schools can be reclaimed and revitalized for alumni and their communities.

We are acutely aware that this is a listening project,” said Liles. “It’s a service role. We will be presenting communities with the tools to reuse these spaces as they see fit through the case studies in our project.” The public benefit of thorough documentation is that more alumni will be made aware of the condition of their old schools and can consider rallying support to revitalize the buildings. “I frequently get outreach from alumni asking how they can raise money for a project at their former school. The idea is to provide a resource that is readily available to answer a lot of these questions people have when they begin a project,” said Blokker. “Sometimes it’s hard for the alumni spearheading a project to convince their communities of the promise of a rehabilitation project. Using Andrew’s skills to render possible visions for old equalization schools is something that people can look at and see why the building is significant and the amazing things you can do with it.”

The Sabine High School Revitalization Project hopes to create a community space with programs and services that will sustain the Sabine Parish. “This should be a collaborative effort with community partnerships and joint ventures involving churches, businesses, schools, parents and the children in the Town of Many and surrounding townships in Sabine Parish,” said Connie Levo-Howard. “This kind of leadership will increase visibility to the area, attract more cultured retirees, provide a sustainable workforce, create new jobs, and bring economic prosperity back to our community.”

If you are alumni of a southern equalization school and would like offer information or learn more about the project, please contact Laura Blokker, Interim Director of the Master of Preservation Studies Program, or Andrew Liles, AIA Adjunct Professor in Architecture

For more information on the Sabine High School Revitalization Project and to make a donation or purchase a membership, please click here. If you would like to donate pro bono services—including architecture, design, construction, or research assistance—please email Sandra Garner-Coleman, Chairperson for the Sabine High School Revitalization Project Exploratory Committee. 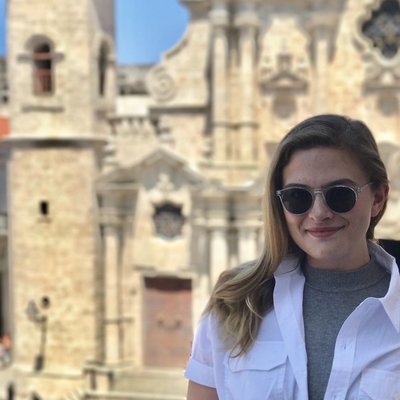