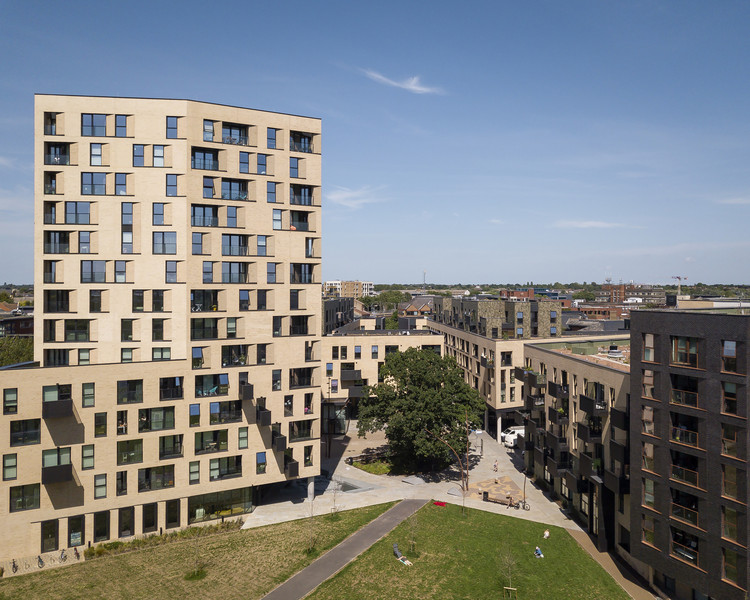 Text description provided by the architects. City Park West is a mixed-use neighbourhood in Chelmsford of more than 600 homes featuring cafés, restaurants, workplaces, community facilities and public art. Located by the railway station, it includes five new residential buildings, including a 14-storey tower, four new public squares, and three refurbished buildings, one of which is listed. The brief from Notting Hill Genesis called for a high-density development with a range of house types from one-bedroom extra-care flats to three-bedroom mews homes with rooftop terraces and their own front doors.

Of the 645 dwellings, 60 per cent are for market rent, 20 per cent are shared ownership, 10 per cent is social housing with the rest providing affordable extra-care. This approach has encouraged families, first-time buyers and older citizens, including those with extra-care needs, to make a home for themselves in the centre of Chelmsford. Each home has access to a garden, terrace, or balcony and has been designed with generous storage space and with flexibility and future adaption in mind.

Communal areas are intended to encourage low carbon lifestyles with easy access to cycle storage and recycling facilities. Despite a variety of building heights and surface textures, specific elements - windows, doors, balconies, and canopies - maintain a similar look and feel throughout City Park West. This brings a meaningful balance to the scheme’s appearance. It avoids the monotonous vibe that modern high-density housing often transmits, but neither does it come across as an ‘architectural zoo’.

As well as providing hundreds of new homes, City Park West blend various city districts together. It works like a jigsaw piece, reconnecting the local built environment which had been disjointed by dual-carriage highways which for years defined how residents and visitors alike moved through the centre of Chelmsford. The development brings coherence to the wider townscape, from the new Station Square, opposite the railway station entrance, through to the large open green space of Central Park to the south. It links to the civic quarter of County Hall and the Chelmsford library to the east as well and the burgeoning arts and cultural district of the West End.

Pedestrian routes and public spaces, enhanced by fountains and artworks - an interactive video display and text carved into paving, benches, and steps - define six distinct neighbourhood areas. Open to everyone, these spaces also act as an amenity for residents and define City Park West as much as the buildings do. Three refurbished buildings further enrich the sense of place. The Grade II listed Anne Knight Building, a former Quaker meeting house is now a restaurant with two other local gems now offering office space and penthouse apartments. This mix of new and old, public realm and public art in this car-free neighbourhood reinforce the feeling that City Park West is designed with people in mind, of a place to live and visit too. 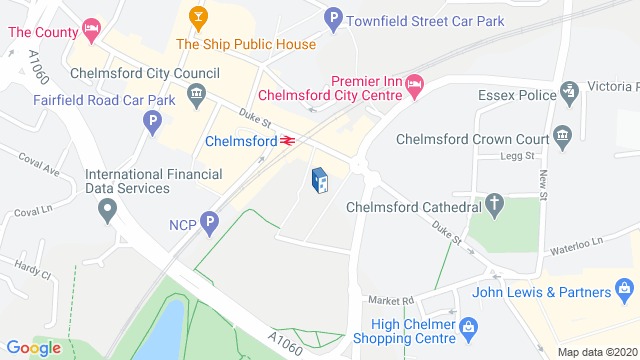 Location to be used only as a reference. It could indicate city/country but not exact address.
Share
Or
Copy
About this office
Pollard Thomas Edwards
Office
•••