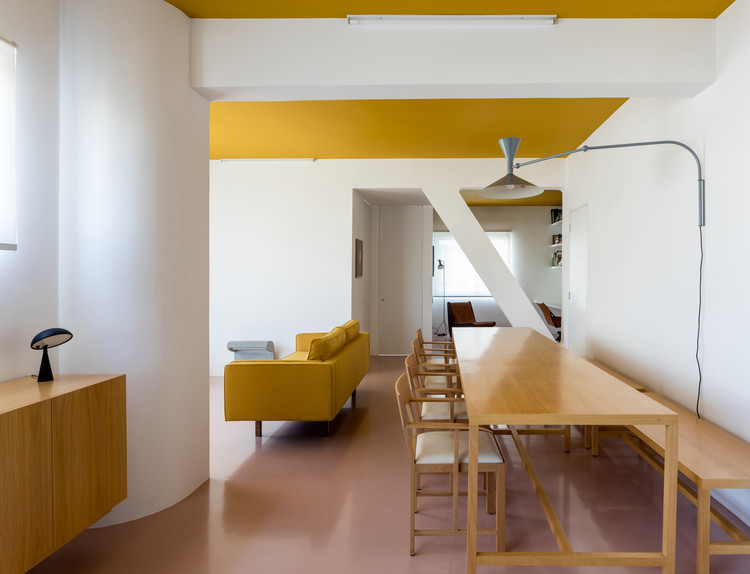 Text description provided by the architects. The premise of the project was based on the color palette proposed by the client, an artist who presented us with two fabrics used in his paintings, one yellow and one pink. Two color plans were created: pink floor and yellow ceiling, which run throughout the apartment and form the basis for the blank canvas formed by the walls and volumes proposed by the architecture.

In the demolition stage, we were surprised by a diagonal beam that ended up composing the space next to the new volumes: a curved pillar and a curved wall. In contrast to this color scheme, the kitchen is black, becoming a focal point in the project, but in a single discreet plane, since all its elements (metals, appliances) fade in black background.

The objects and furniture chosen for the decoration, speak to the proposal, as they follow sculptural patterns of plane, strong and vivid colors. 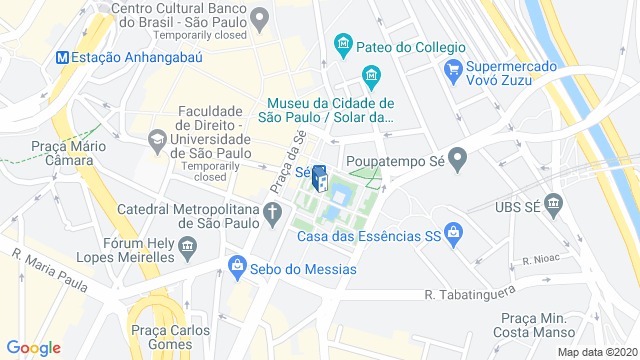