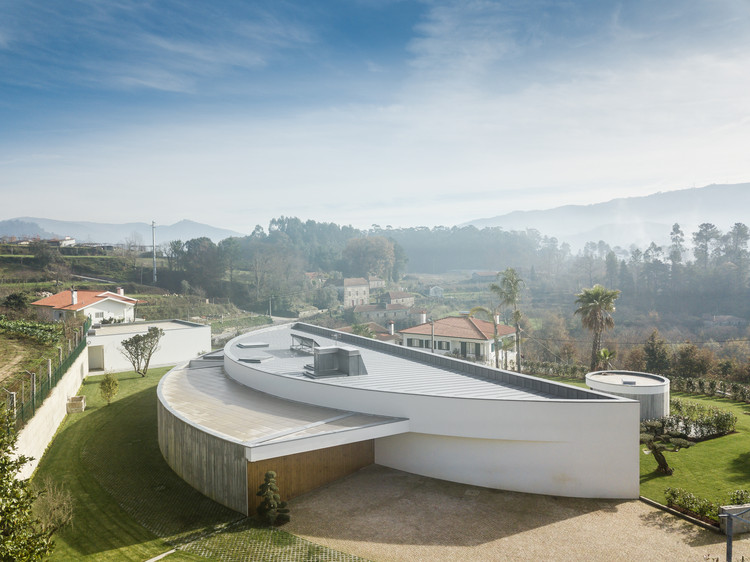 “What surprises me most in architecture, as in other techniques is that a project has one life in its built state, but another in its written or drawn state” Aldo Rossi, A Scientific Autobiography (1981)

Arouca's house is an example of theory put into practice as the art of knowing how to think the spirit of its time, drawing the potentialities within the existing constraints, ordering construction.  The deep structure of architecture understood as a pattern language (Christopher Alexander, 1977) is related to architectural Knowledge and has a four-dimensional meaning that attests its complexity: Know-how to be (Space); Know-how to do (Technique); Know–how to think (Thinking); and finally, Know-how to communicate (Time).

THINKING (Know-how to think)
Arouca´s House concept as an “all seeing eye” (semiotics) is related to its layout understood as an “eye seen from the sky”. It observes the landscape facing south while closing towards north in a continuous gesture. The house is developed along the half-moon arch understood as a “upper eyelid”, with the semicircular pool representing  the “Iris”.

Arouca's house, whose clients belong to the construction industry, is a tribute to “freemasons”, architects and engineers, as builders of real architecture, for real people, an ode to the attainable who seeks control over the landscape. By being elevated towards the street it allows the view over the valley and the mountains, taking advantage of natural topography (Genius Locci) searching for  a human-nature relationship, characteristic of living in  the countryside.

SPACE (Know-how to be)
In spatial terms, Arouca´s House has a double structural genesis: stereotomic ans tectonic. Structure has always a double function: Technical and spatial. It takes advantage of the resistant arched walls for the circulation zones, combined with a reticular skeleton logic for the functional and spatial subdivision.

The eccentric volume, in the form of “eyelash” has correspondence to the service áreas, in functional sequence: garage- laundry-patio.

The social and private spaces are developed in a logical, functional and modular sequence, from the most public (living room, kitchen and office) to the most private ( bedrooms and finally suite) forming the “upper eyelid” of the eye.

This spatial organization coincides with the structural metrics taking advantage of the corridor as a large arc that runs the length of the house: a “gallery of memories” ( paintings, photographs, etc) – the “retina” of the eye. The orthogonal walls allow the rational and organized distribution of furniture. The living room is the “formed image” of the interior of the house: a large and dynamic space, with tle landscape framed by na exterior gallery that protects it from sun exposure. The shaft-mounted semicircular pool works like the Iris in the general layout.

TECHNIQUE ( Know-how to do)
“Each material has its own message and, to the creative artist, its own song” (Wright, 1928)
Reinforced concrete as material choice is the musical note of “petrified music”. It takes advantage of wooden formwork as a façade adornment and tectonic expression of architecture. Concrete natural expression refers to stone masonry constructions, in search of a constructive dialogue between the past, present and the future.

TIME ( Know-how to Communicate)
The surveillance and spectacle society (internet, social media, reality tv) that Guy Debord wisely warned in his work (1967) is here reinterpreted as ”spirit of time”, an allegory to the proverb: “In the land of the blind, the one-eyed man is king “ ( Henry Gordon Wells, 1904).

The demand by customers for a contemporary house that was diferente from the others, was a opportunity for a symbolical and emotional architecture in continuity with the values that characterize Portuguese Northern Architecture – critical regionalism. The critical spirit,  product of reflection and synthesis about the spirit of time, was added, using iconographic theology, in search of the universality of the theme - “the all-seeing eye”.

The all-seeing eye as a conceptual theme represents a deep thought about human condition, the importance of spirituality and conscience in the construction of a future in continuous mechanization. Edgar Morin ( 1990) in Introduction à la pensée complexe describes the contradictory and mystical nature of man, linked to culture and arts that: “(…) Homo Sapiens is also indissolubly Homo Demens, that Homo Faber is at the same time Homo Ludens, that Homo economicus is at the same time Homo Mythologicus, and finally that Homo Prosaicus is also Homo Poeticus”. 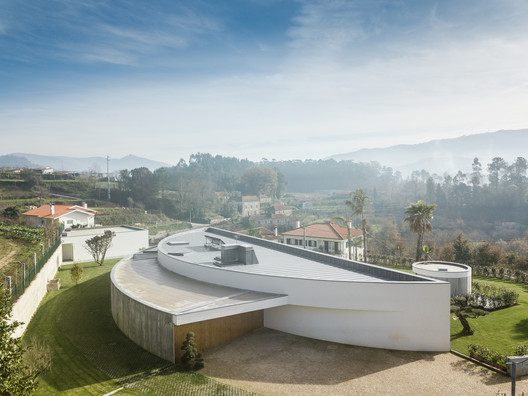 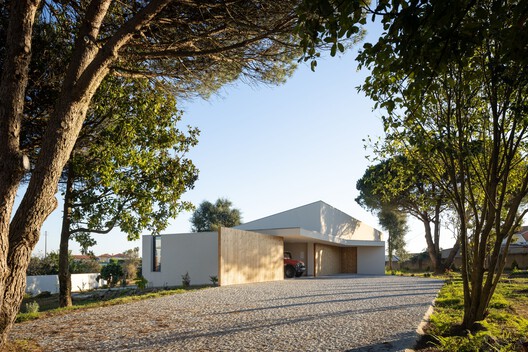